Transformation doesn’t happen in a linear way or at least not one we can always track. It happens in cycles, convergences, and explosions.

Somatic Tracing is a combination of paintings and performances that draw from two movements that emerged in Japan after WWII: Gutai, a group of artists associated with action painting, and Butoh, a form of contemporary dance. The project explores the largely hidden history of Asian labor in the United States, in particular the work done on the transcontinental railroad. Dynamite, central to the labor of the Asian railroad workers, was used to blast through mountains to make way for the railroad tracks. The gesture of the explosion is what initially drew Salmon, but rather than focusing on the violence of that act, she chose to use it to illustrate how a body can contain and release history, place, and affect to allow for transformation and re-imagining. Her large-scale movement-based color field paintings, performative objects, and soundscape echo this act.

Salmon sources her physical and ethereal materials from former railroad sites in Utah. Here she finds brown and yellow pigments in the soil and reverberations collected and recorded through tapping the remaining railroad tracks. The pigments become the foundation of her paints, and the tapping is layered with synthesizers and vocals to score the exhibition and performances. She also uses water to cleanse the paintings, which is a way to honor her history and the washing that took place in her grandparent’s laundromat, another source of unseen migrant work.

Throughout the exhibition’s run, there will be a series of performances that activate the work through actions, dance, and music. The performances, like the exhibition, draw from the history of the building on the transcontinental railroad, notions of invisible Asian labor, and healing. Salmon collaborates with four Asian American performers—Hannah Huang; Jonathan Kim; Joshua Mora; Kellie St. Pierre and sound with Kikù Hibino—who embody and converge these stories with their own, creating elusive choreography and actions that are ever-transforming, fluctuating between the autonomous and collective. 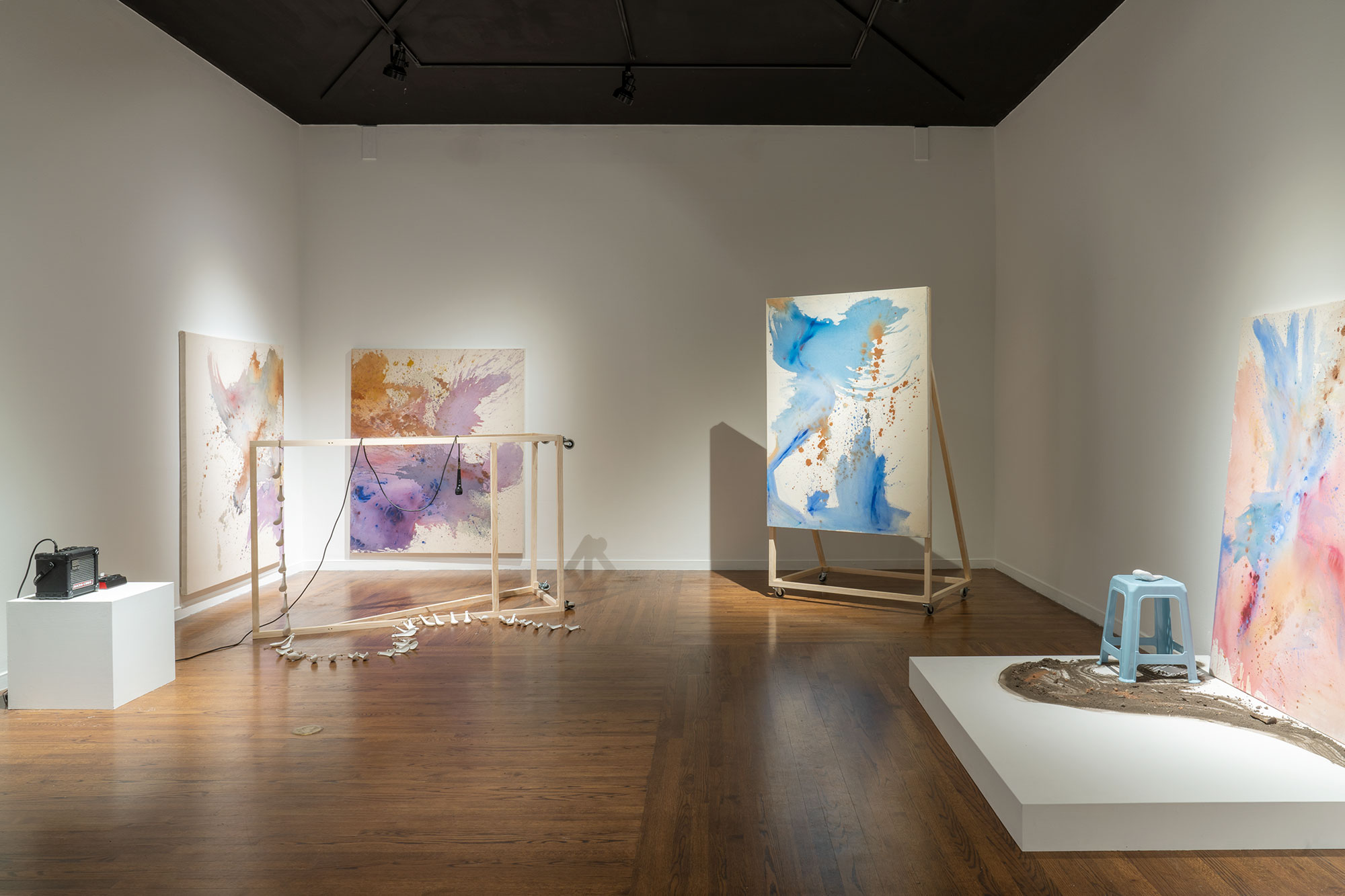 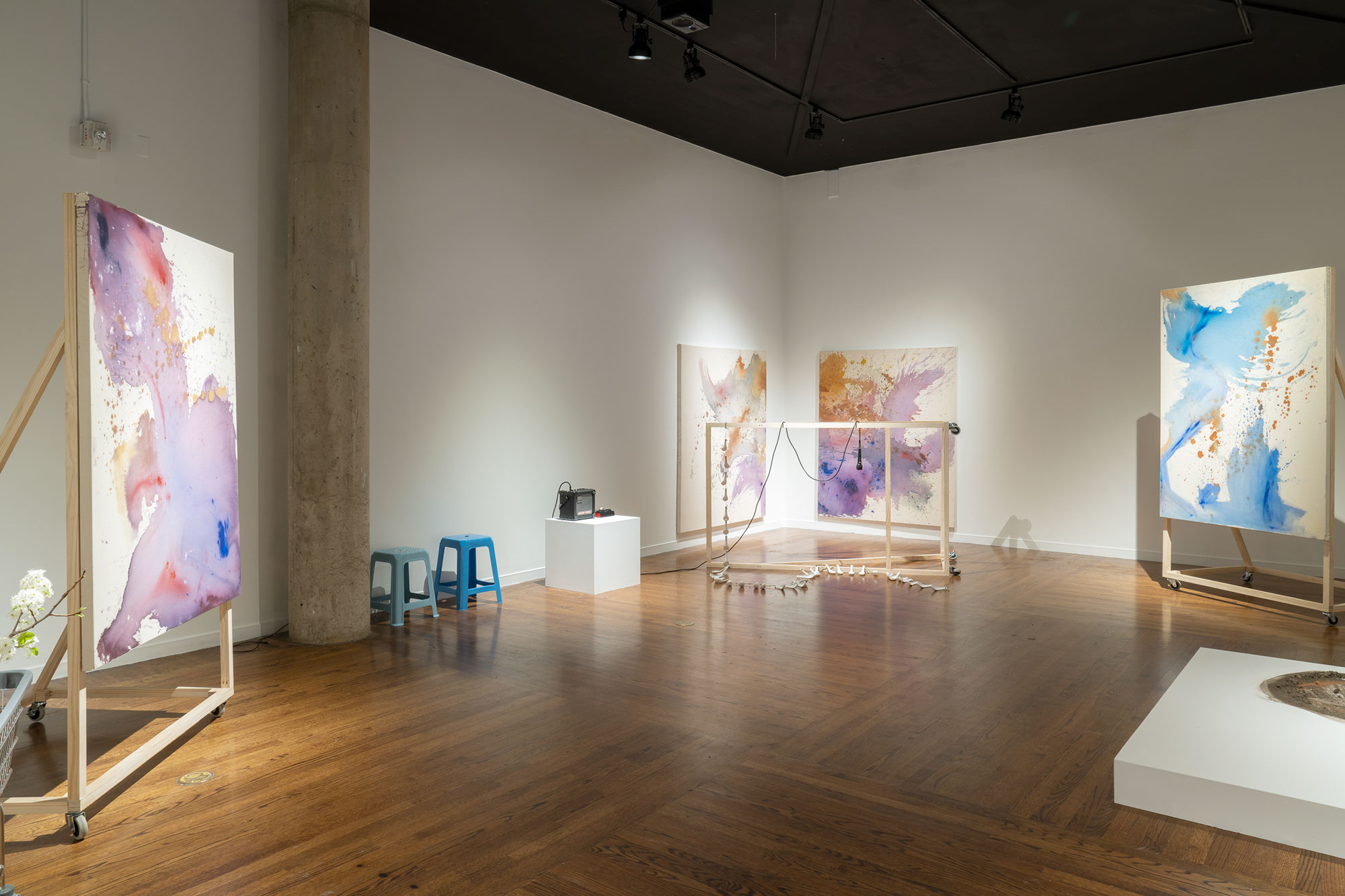 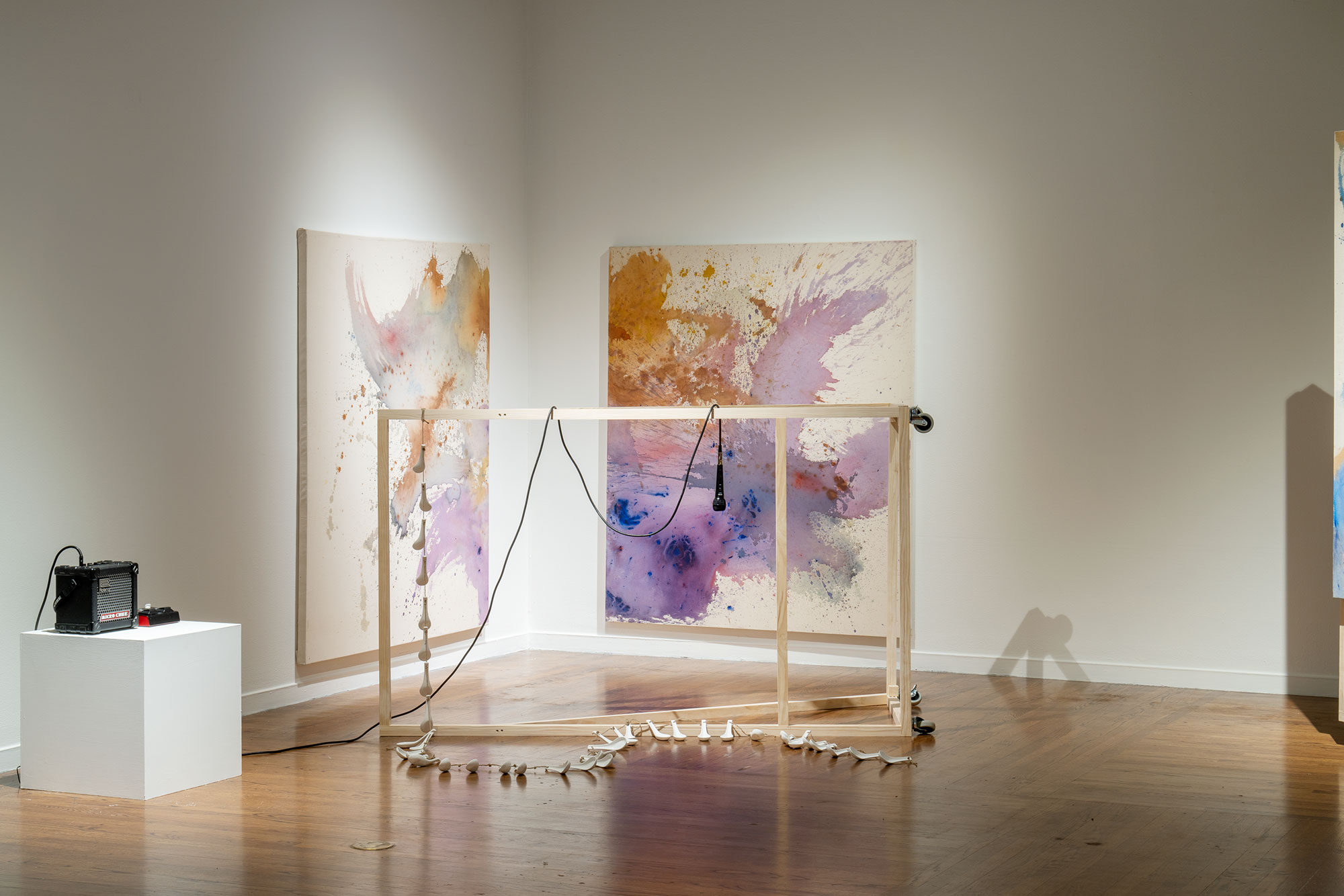 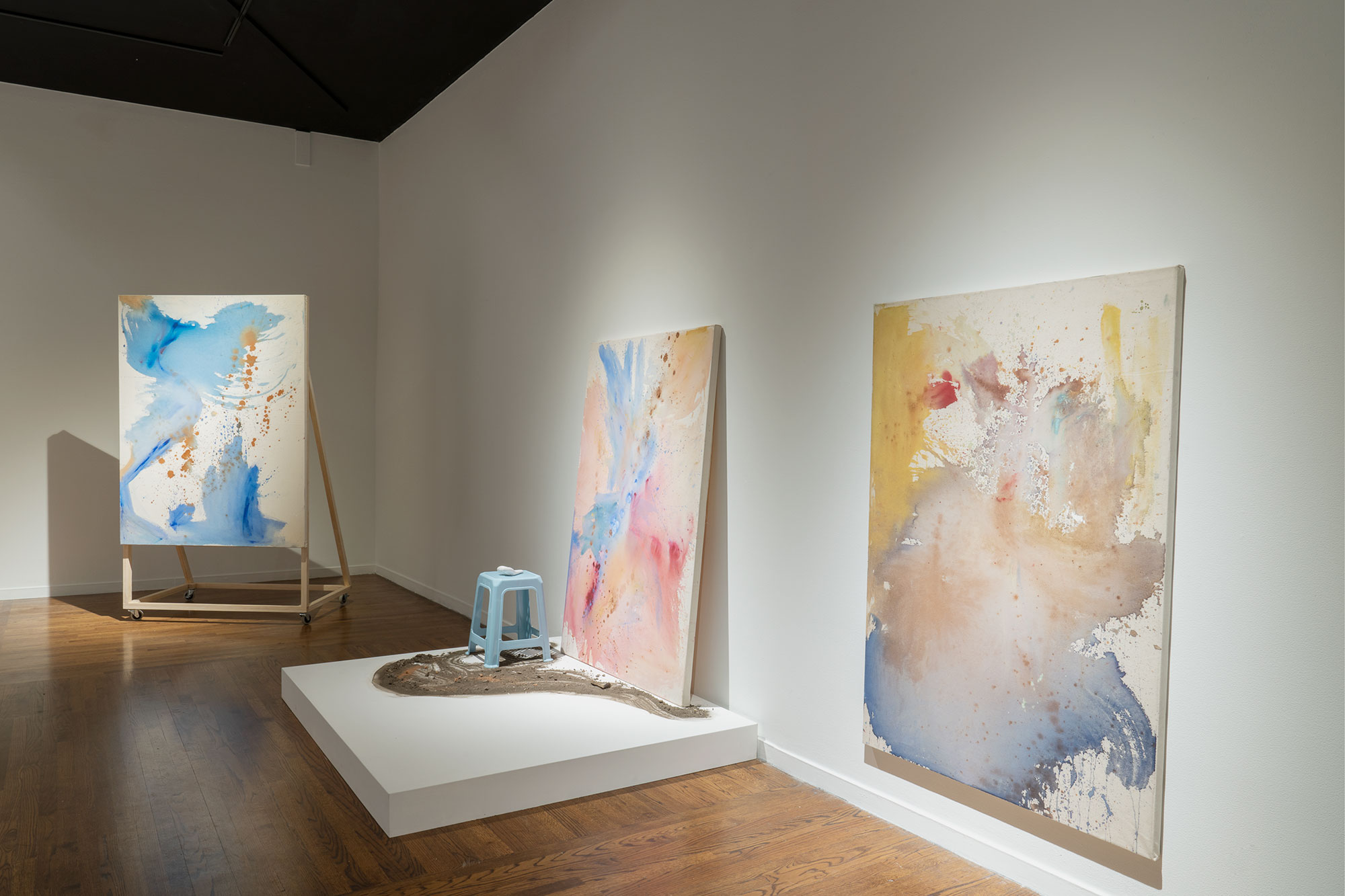 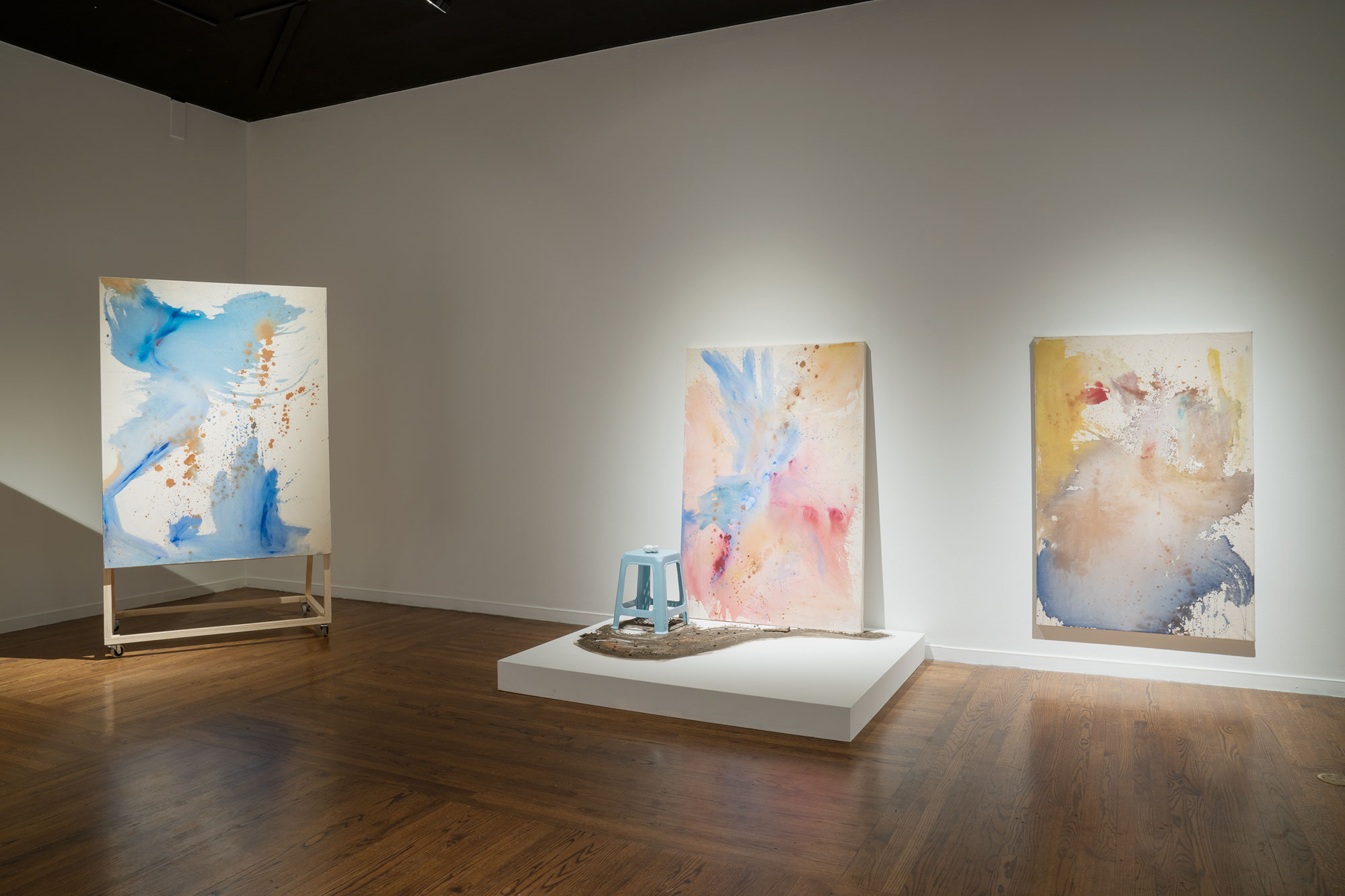 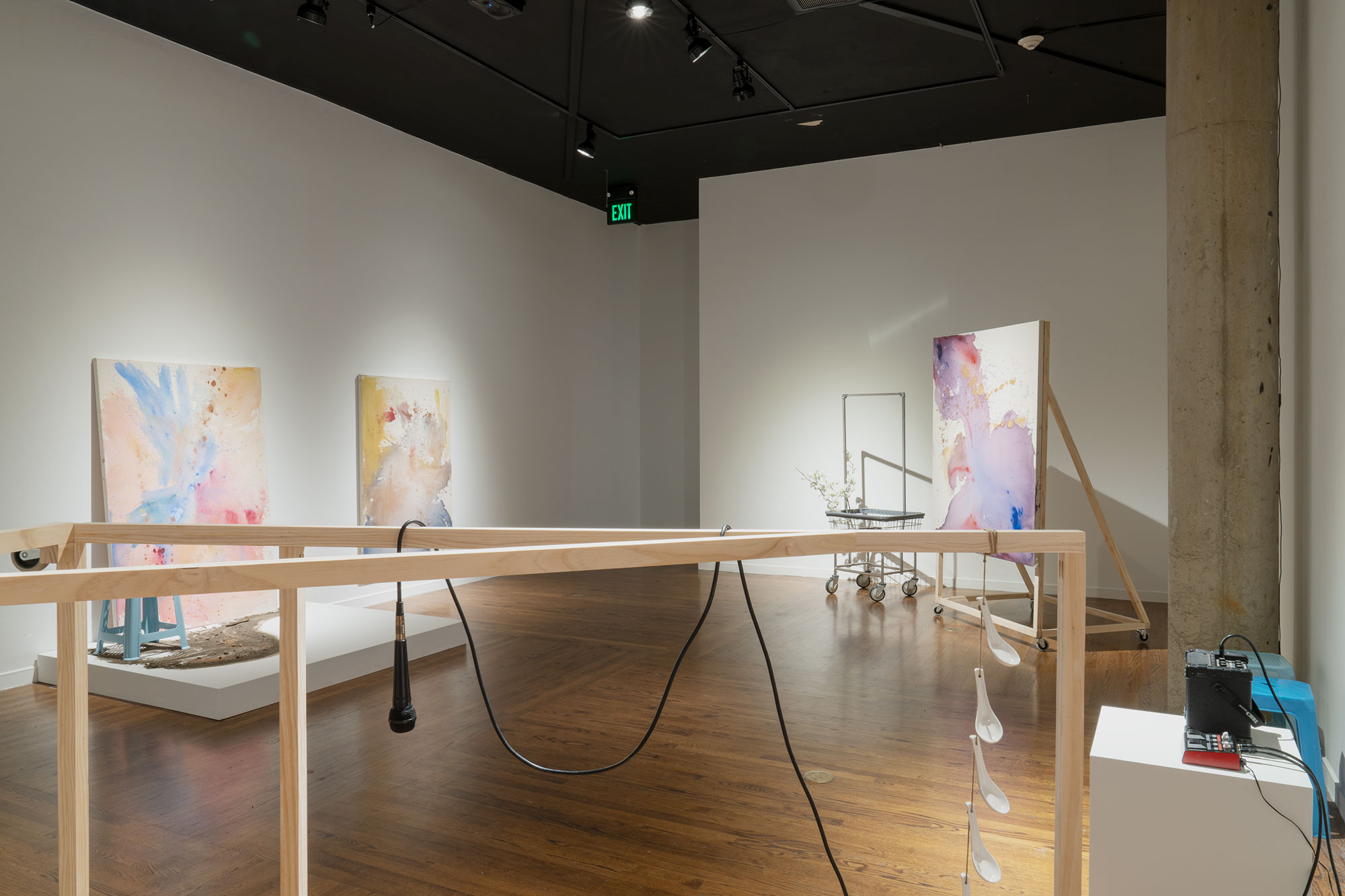 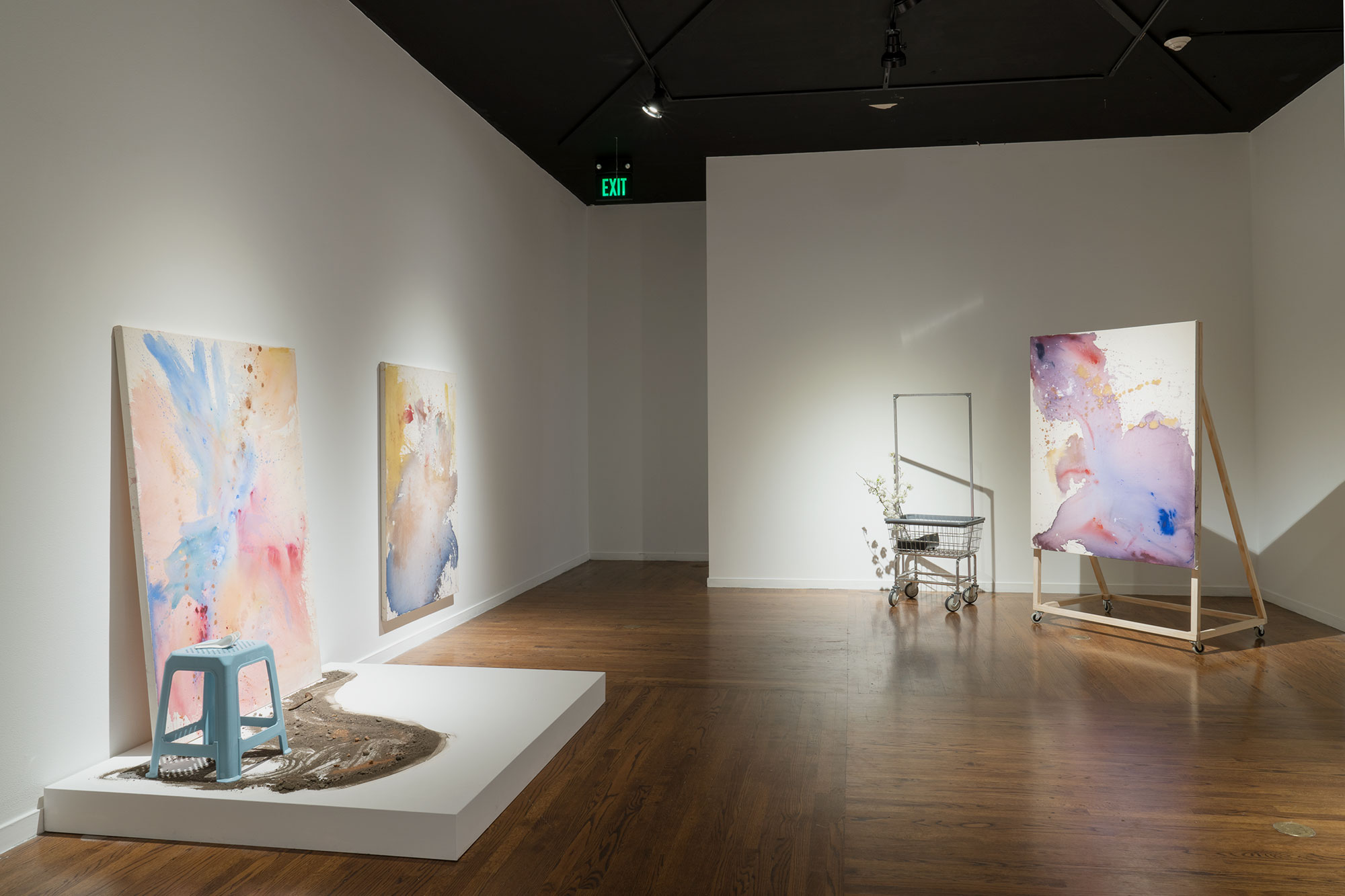 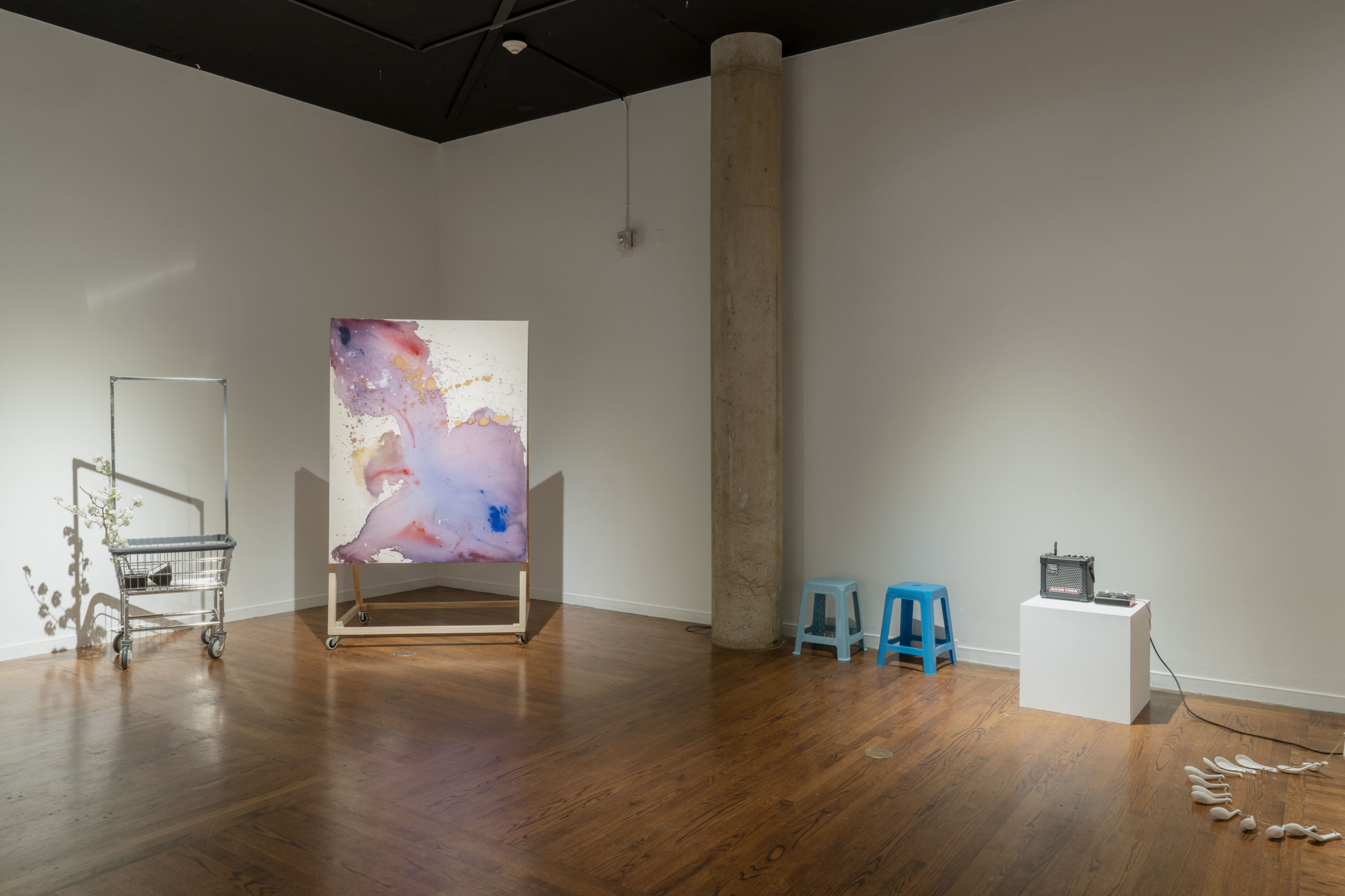 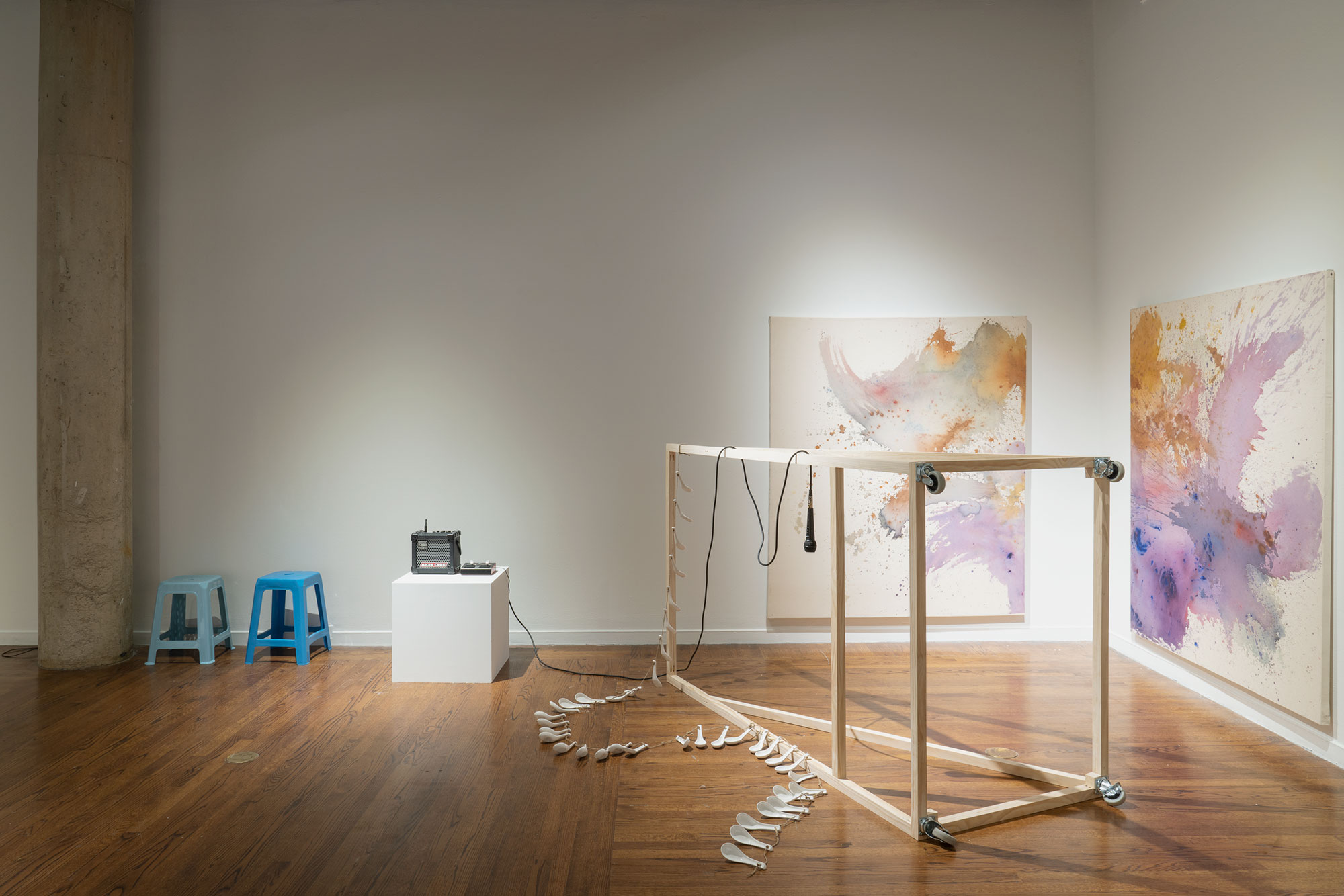 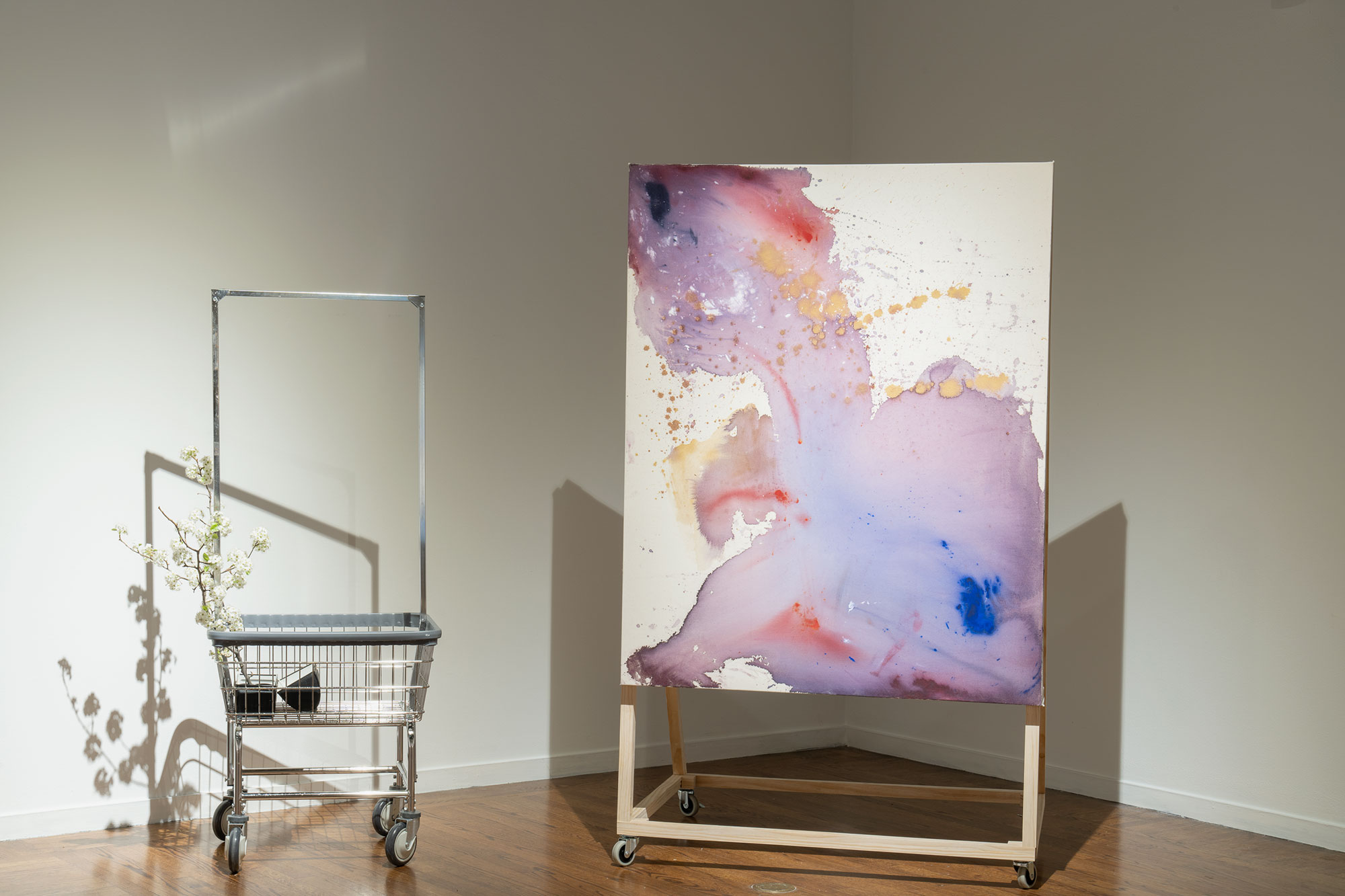 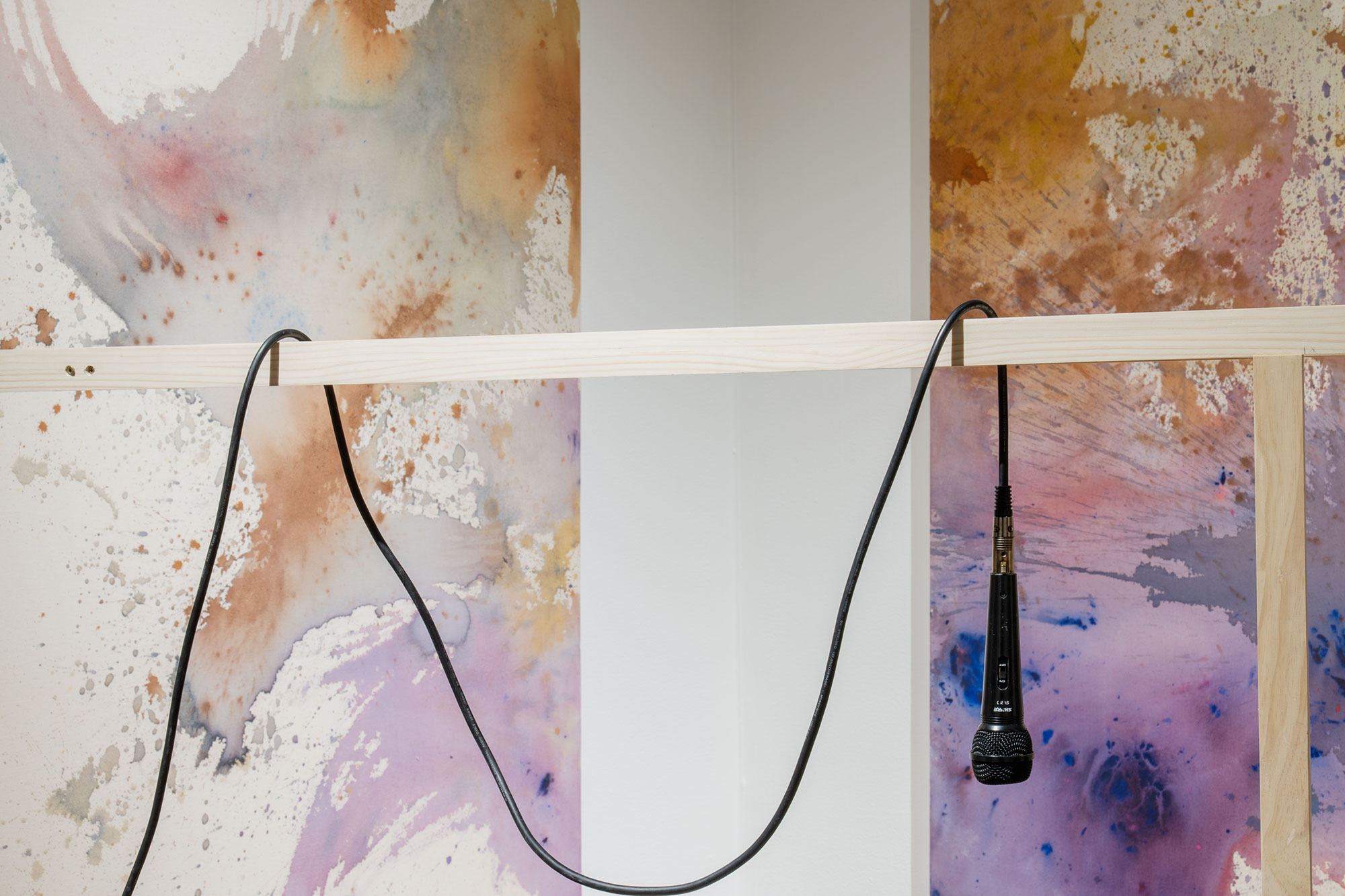 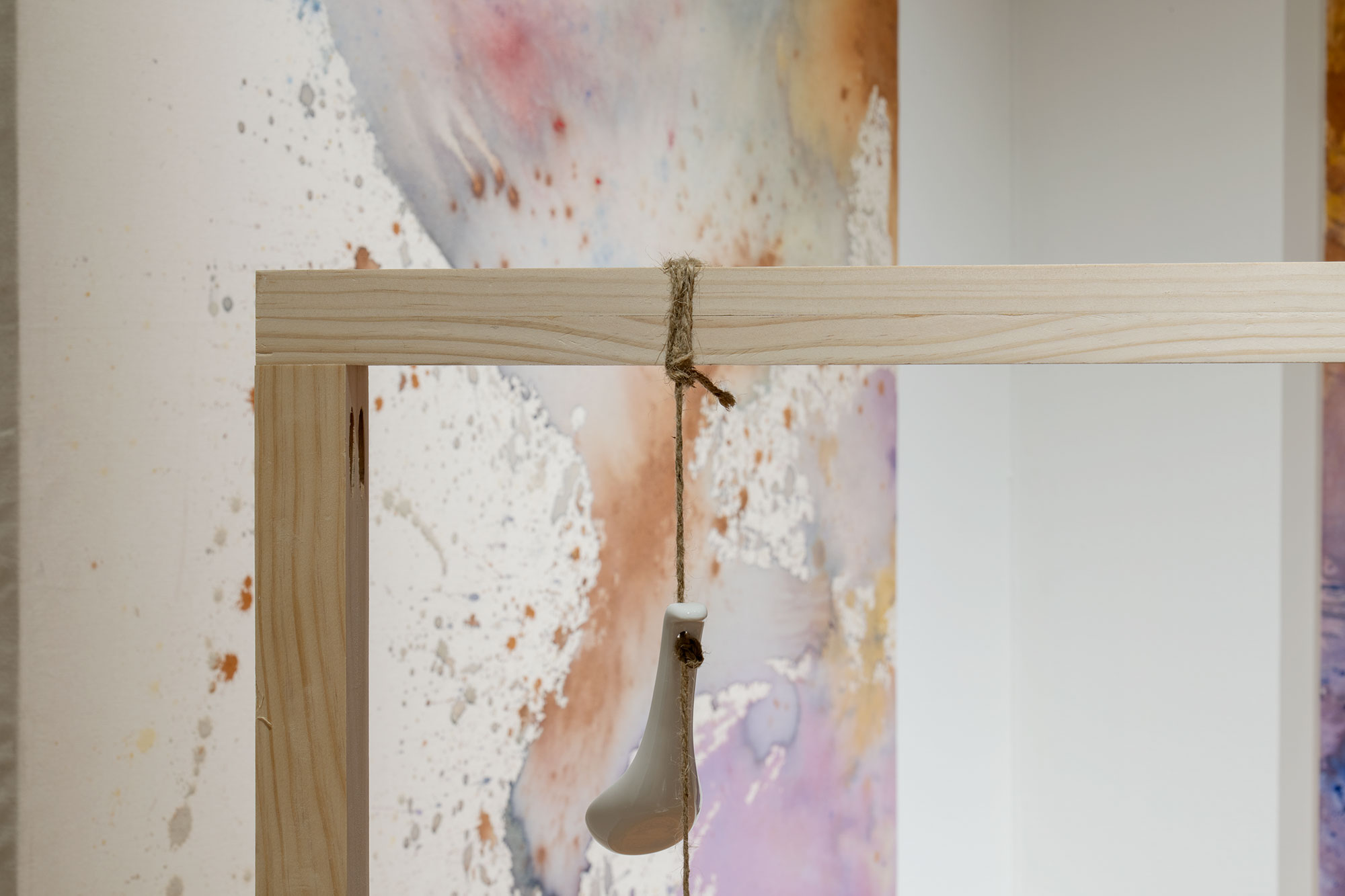 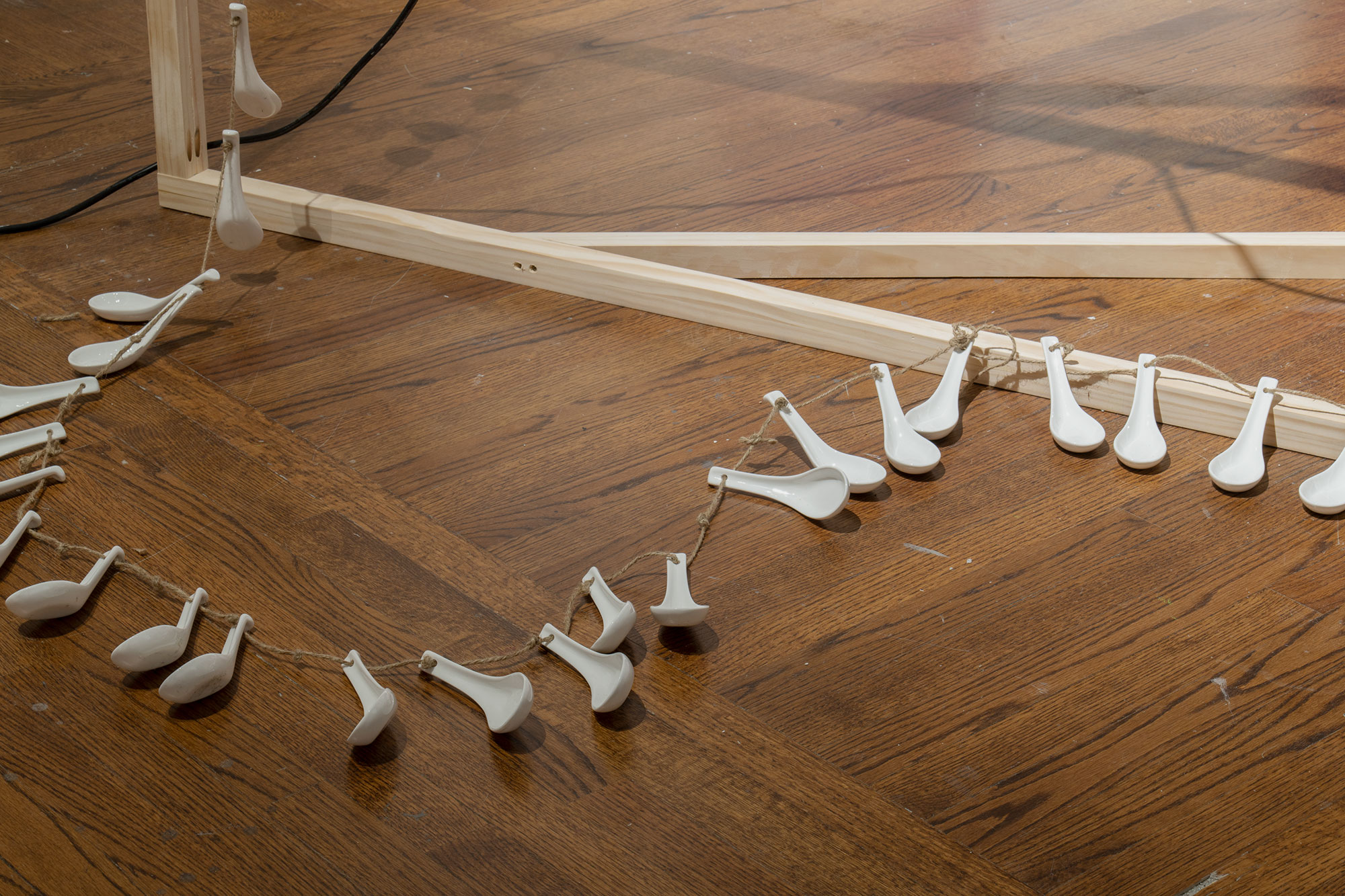 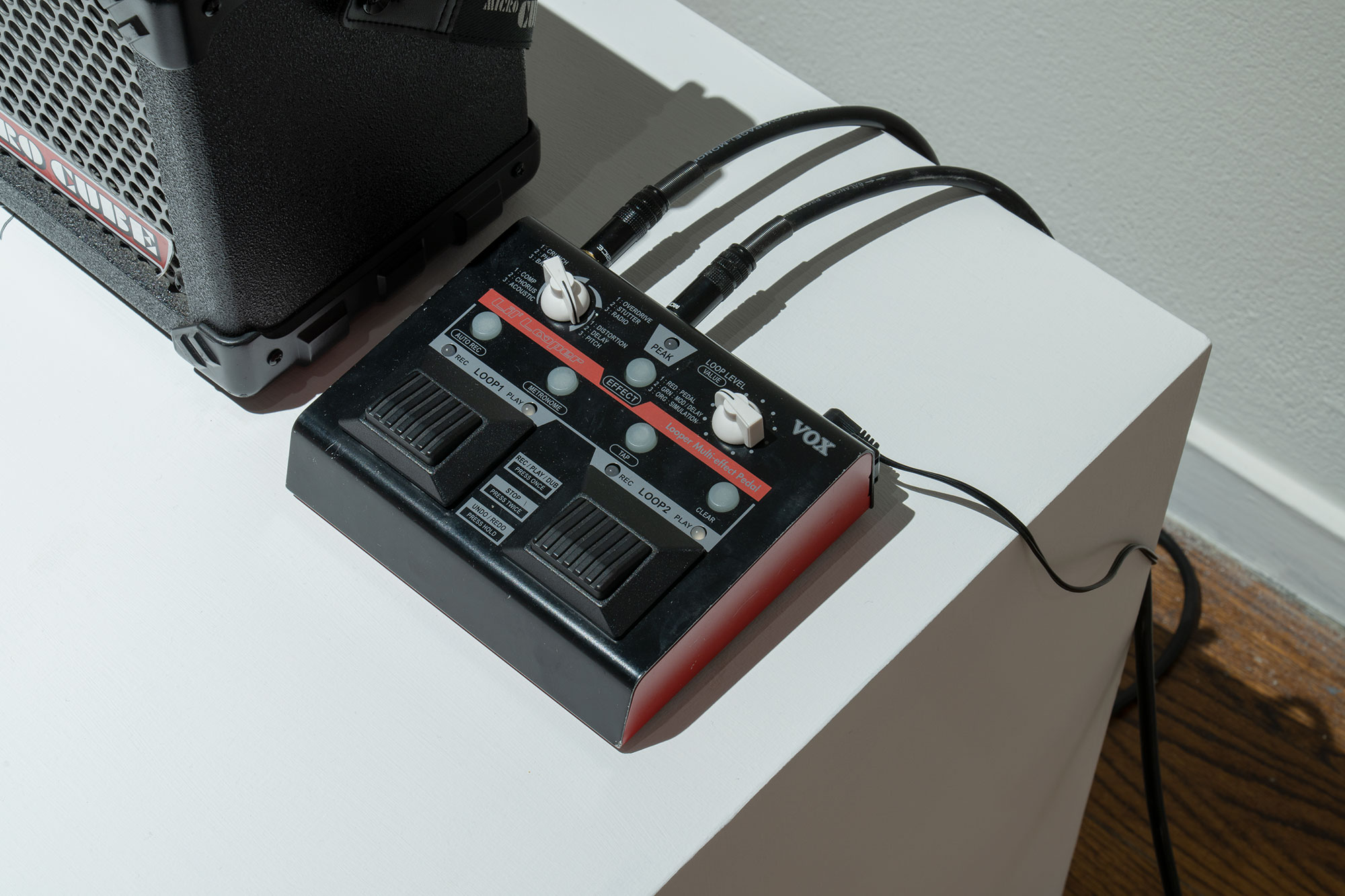 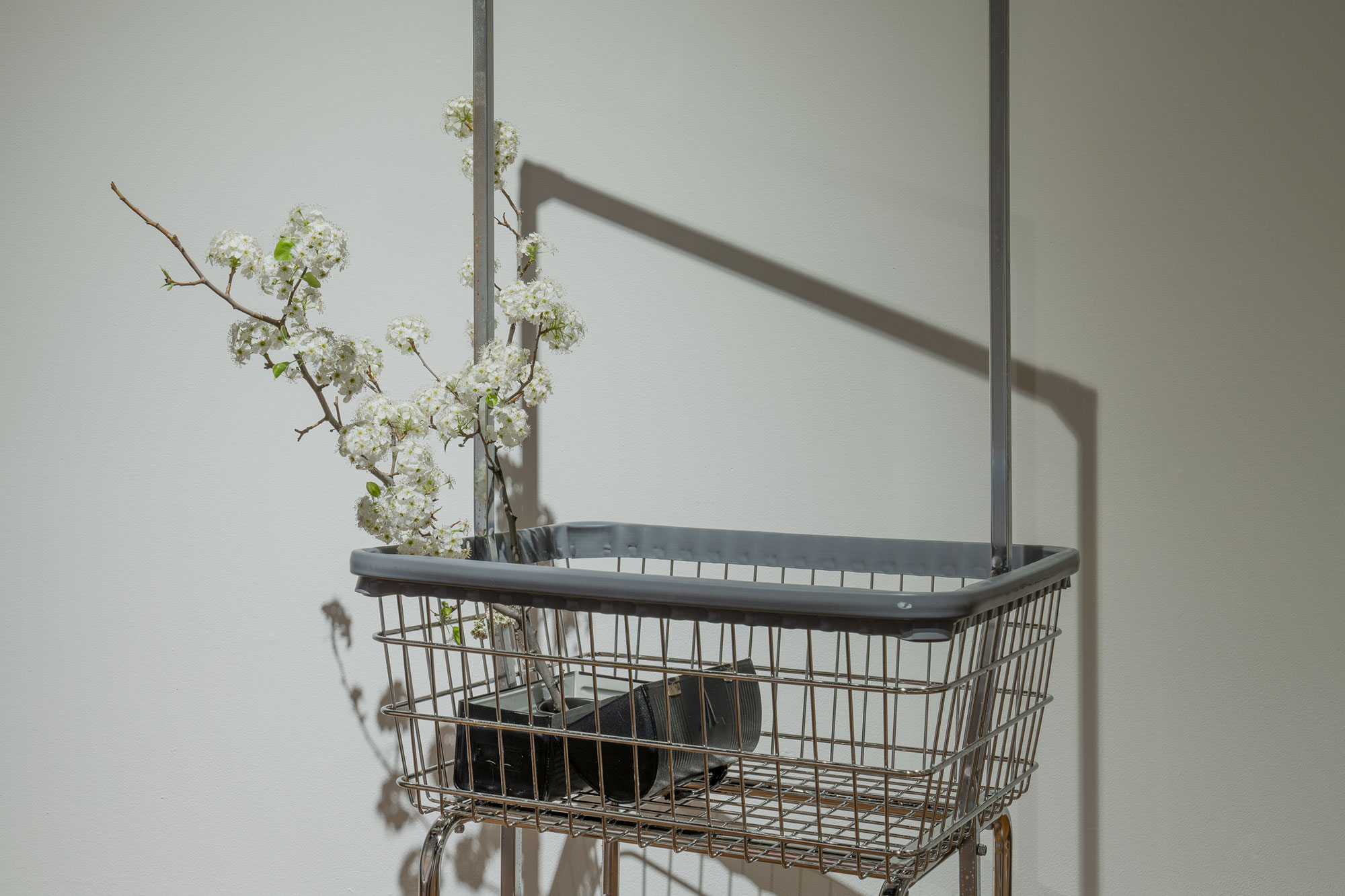 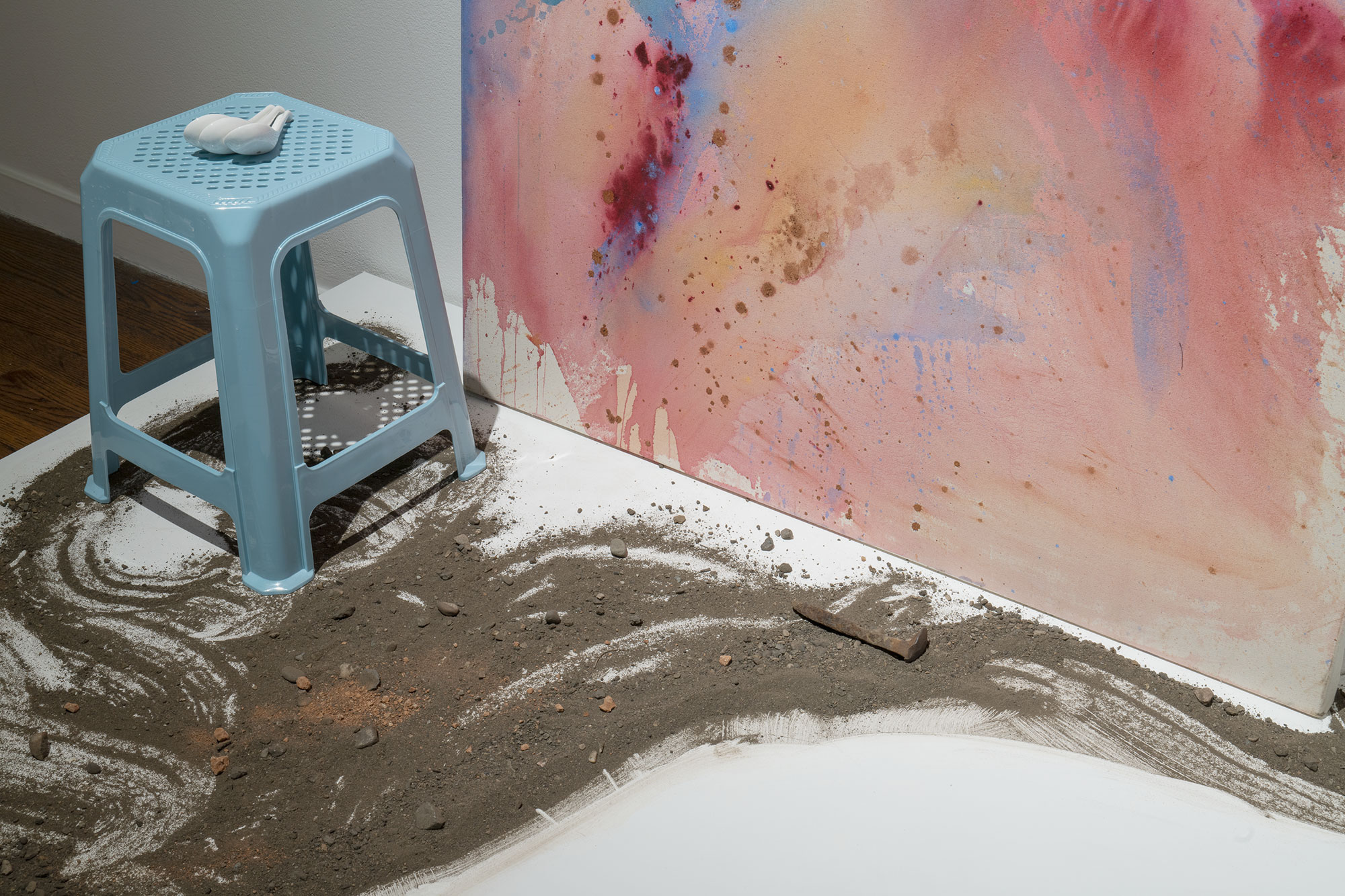