Overton Windows uses photographs of western Americana paintings and suburban spaces as well as construction materials and vinyl siding to examine the narratives and systems that enforce traditions of access and control in the American West.

The paintings Meredith photographed were taken on his travels from Texas to Utah to California and were found at historical societies, and the State Capital building. Each source painting, for Meredith, illustrates “the myth of rugged individualism and the conquest of the American West.”  The suburban neighborhoods Meredith photographs are modern-day representations of similar ideologies regarding land, ownership, and the American dream. However, instead of the vast landscapes drawn to conjure Manifest Destiny, these sites are now sprawling groups of individually owned properties.

“Construction materials have become strong symbols of the arc of industrial development: Clapboard style vinyl siding references a selective, nostalgic past, creating an economical vinyl facade to help mass-produced buildings emulate tradition,” said Meredith. Beyond the walls used to construct the homes, vinyl fencing also creates barriers of a land marked by boundaries of ownership, of us and others, carving out insular spaces.

Through these combined and meaning-loaded media, Meredith creates a series of visual disruptions—slices, folds, bends, and collage. Ultimately, he seeks to reveal and break down divided spaces (both physical and psychological), creating opportunities for more openness and less ownership within a community. 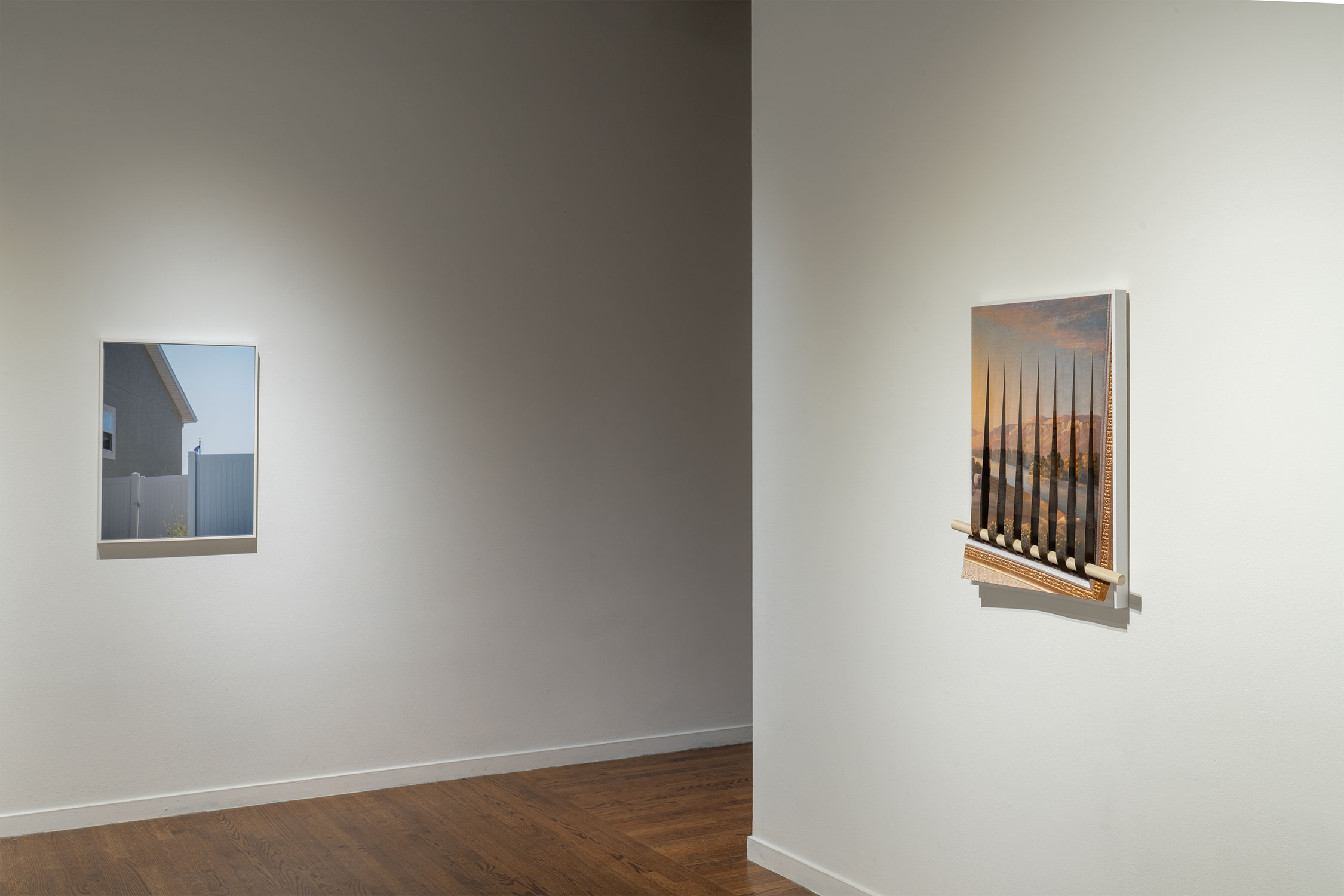 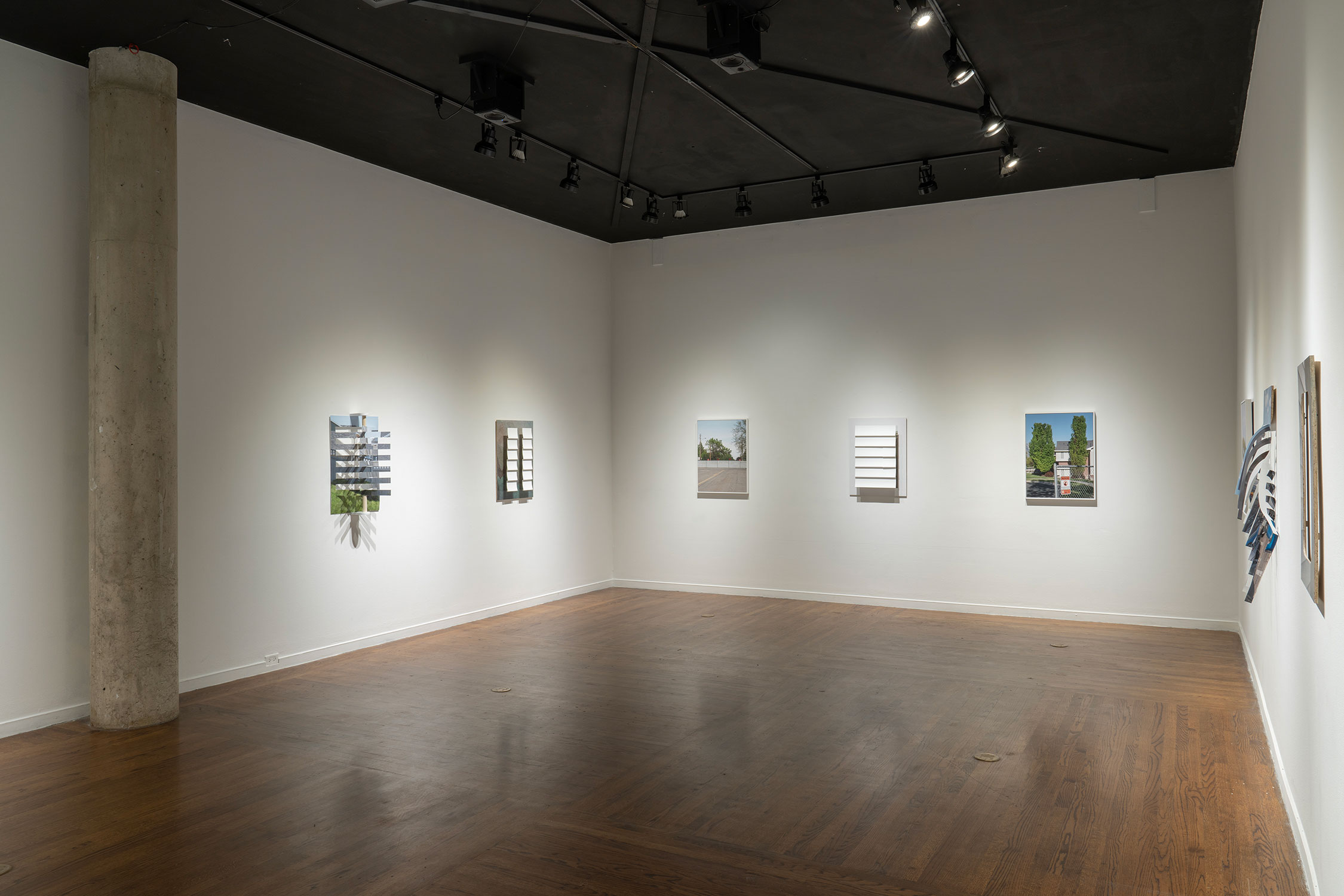 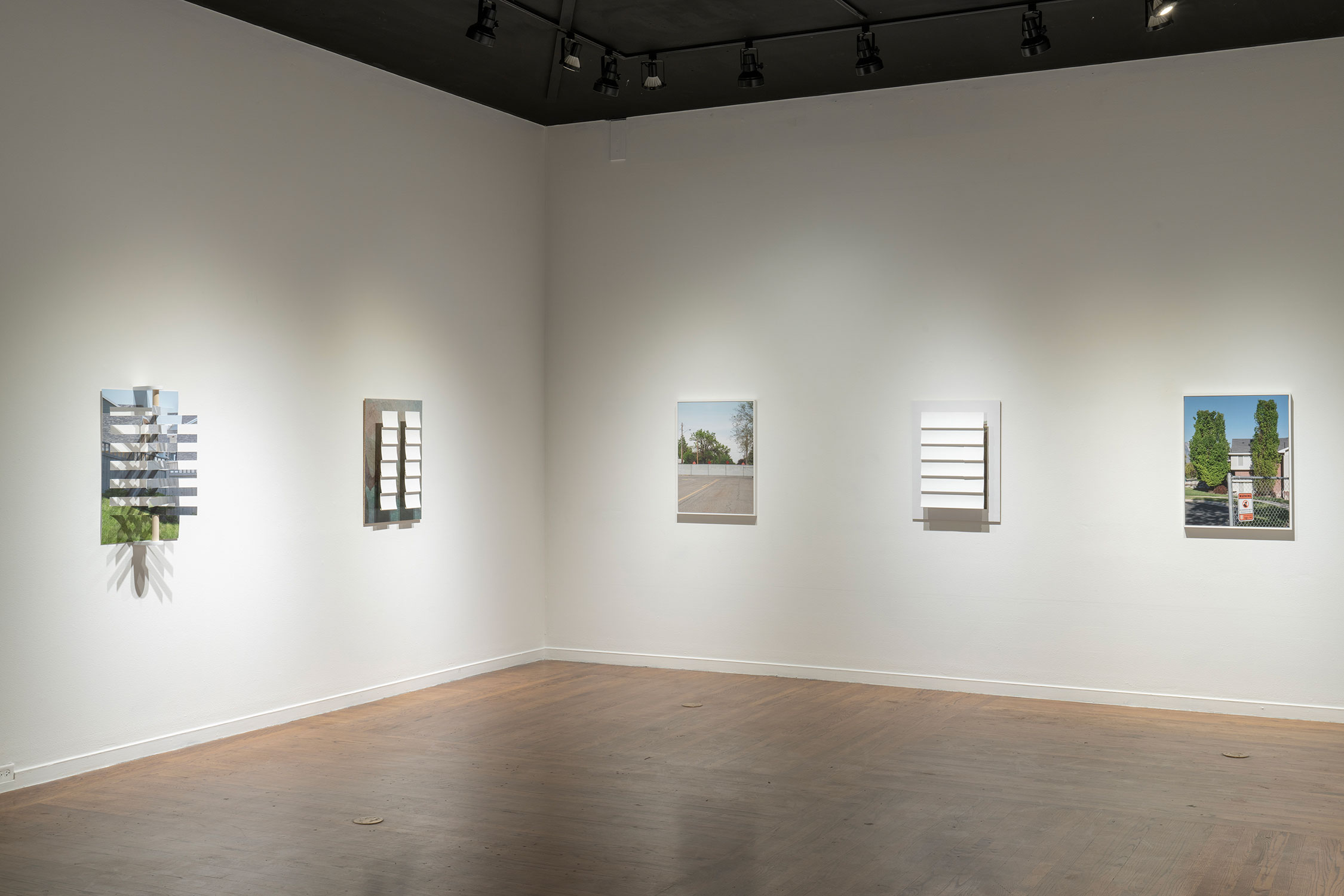 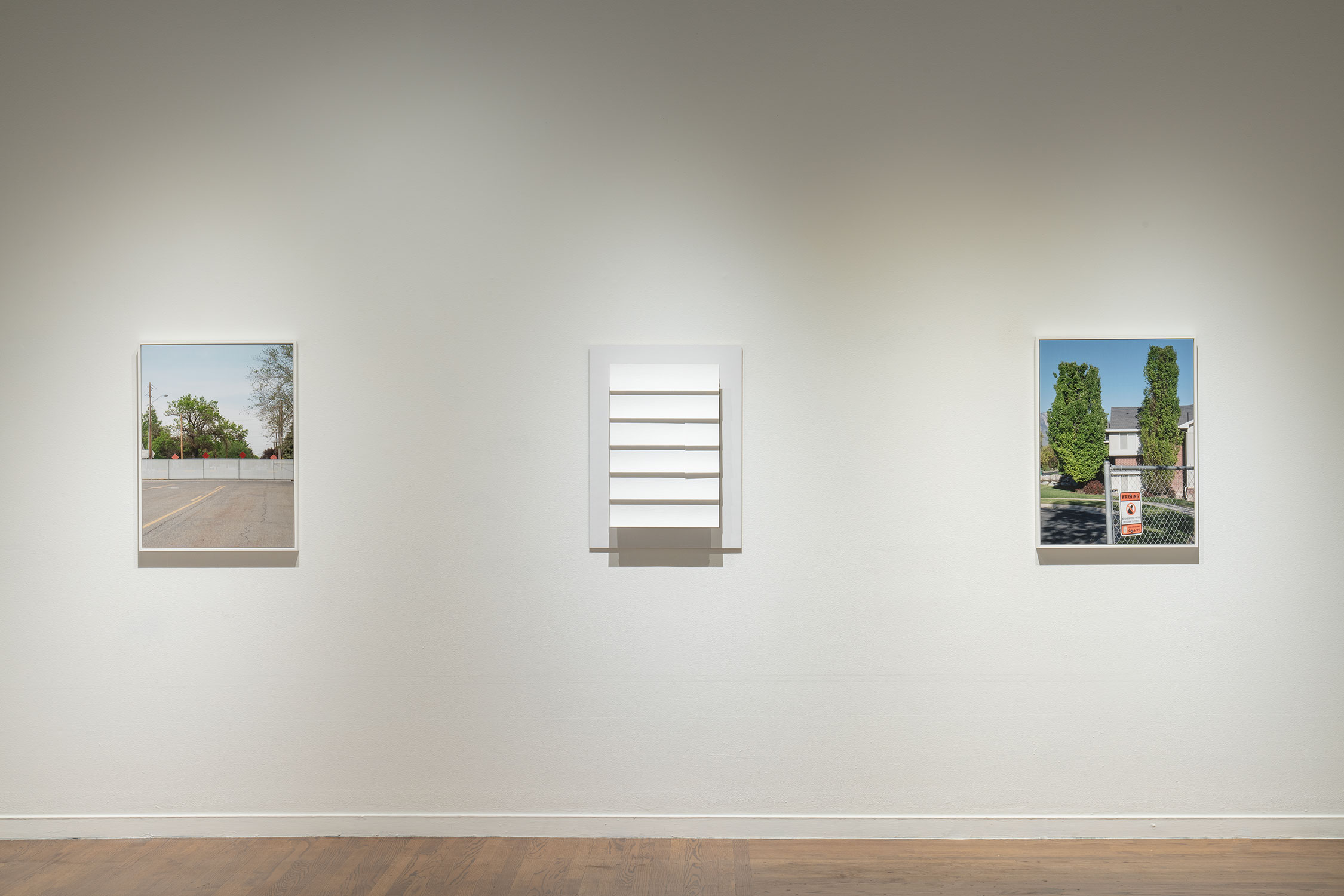 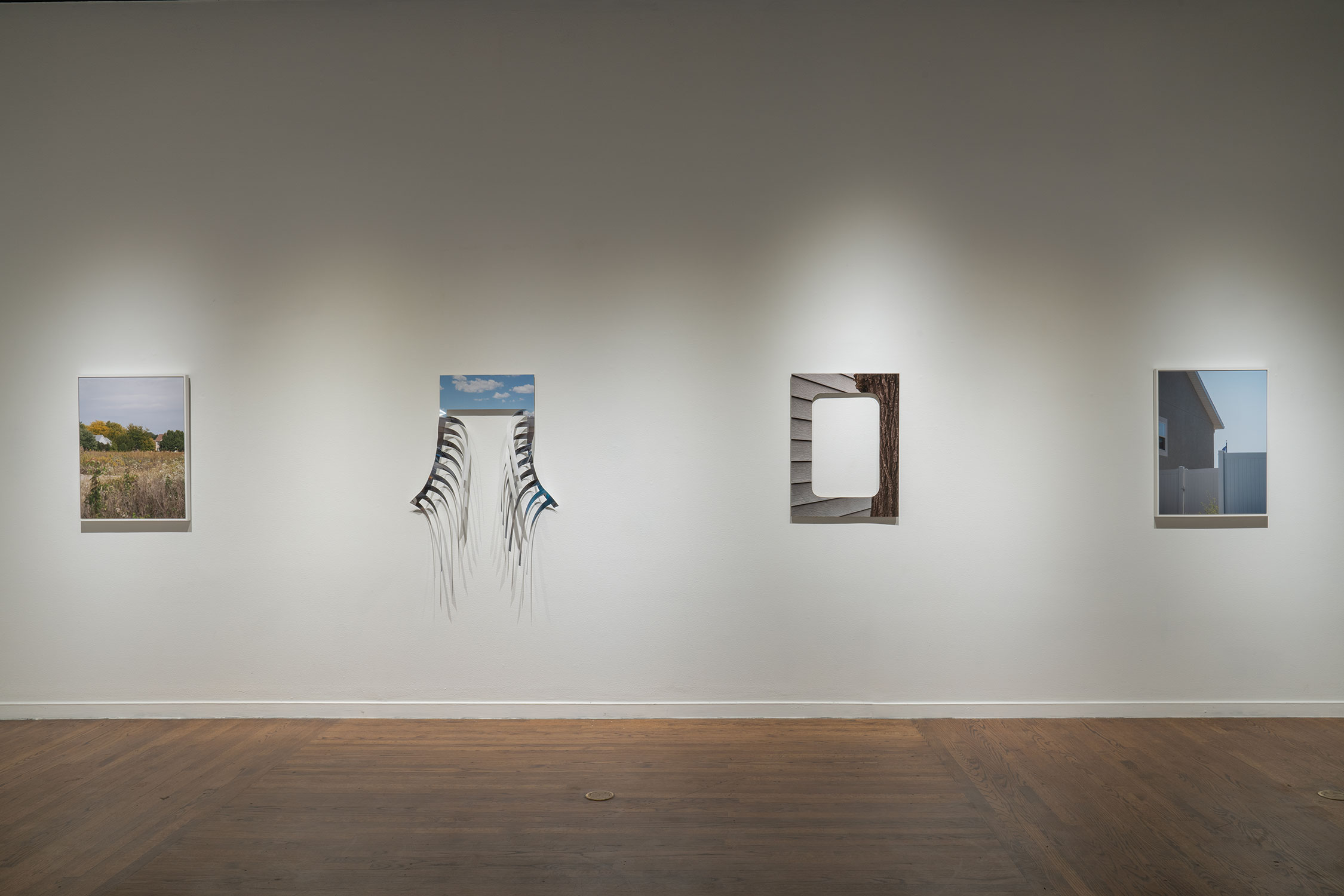 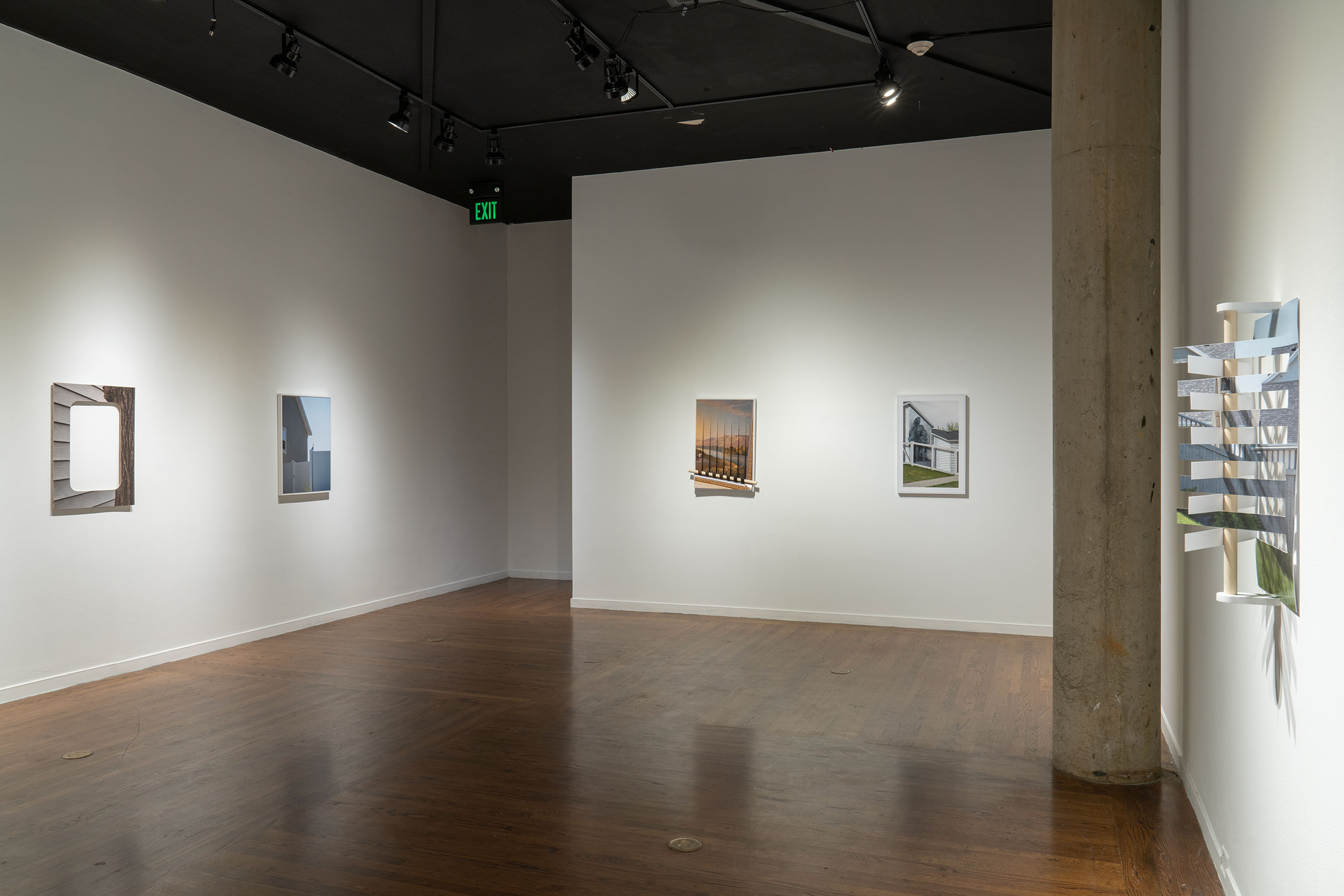 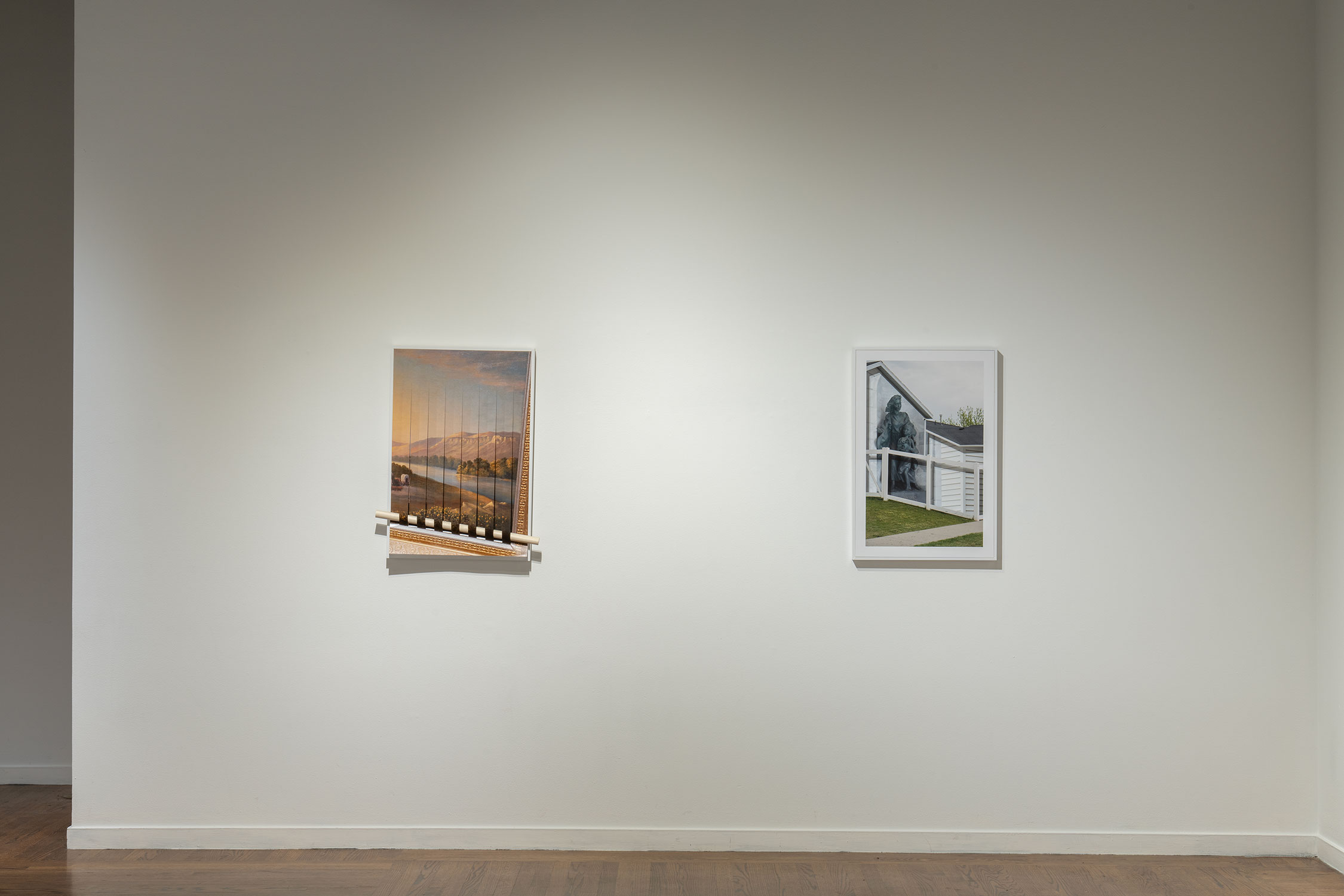 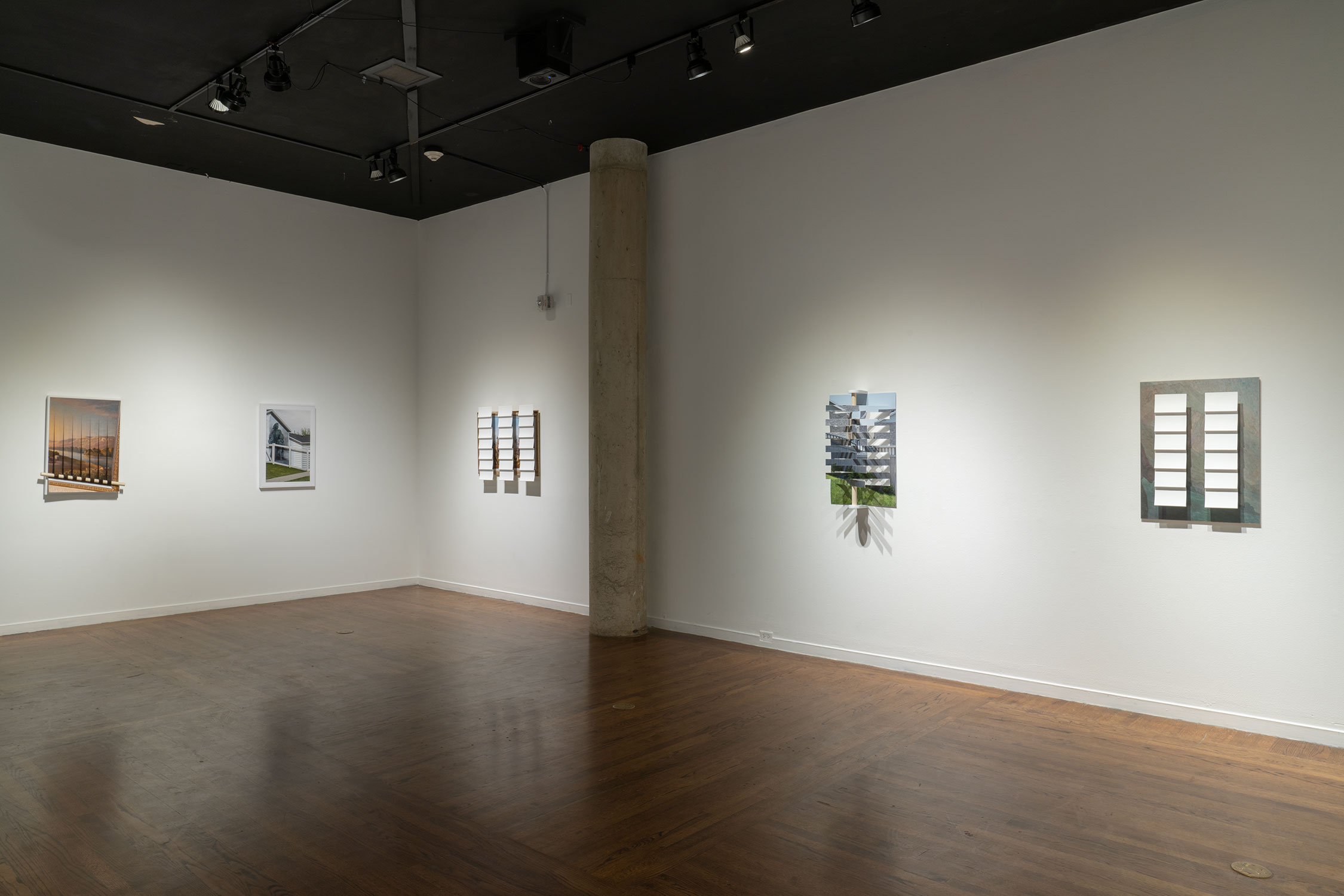 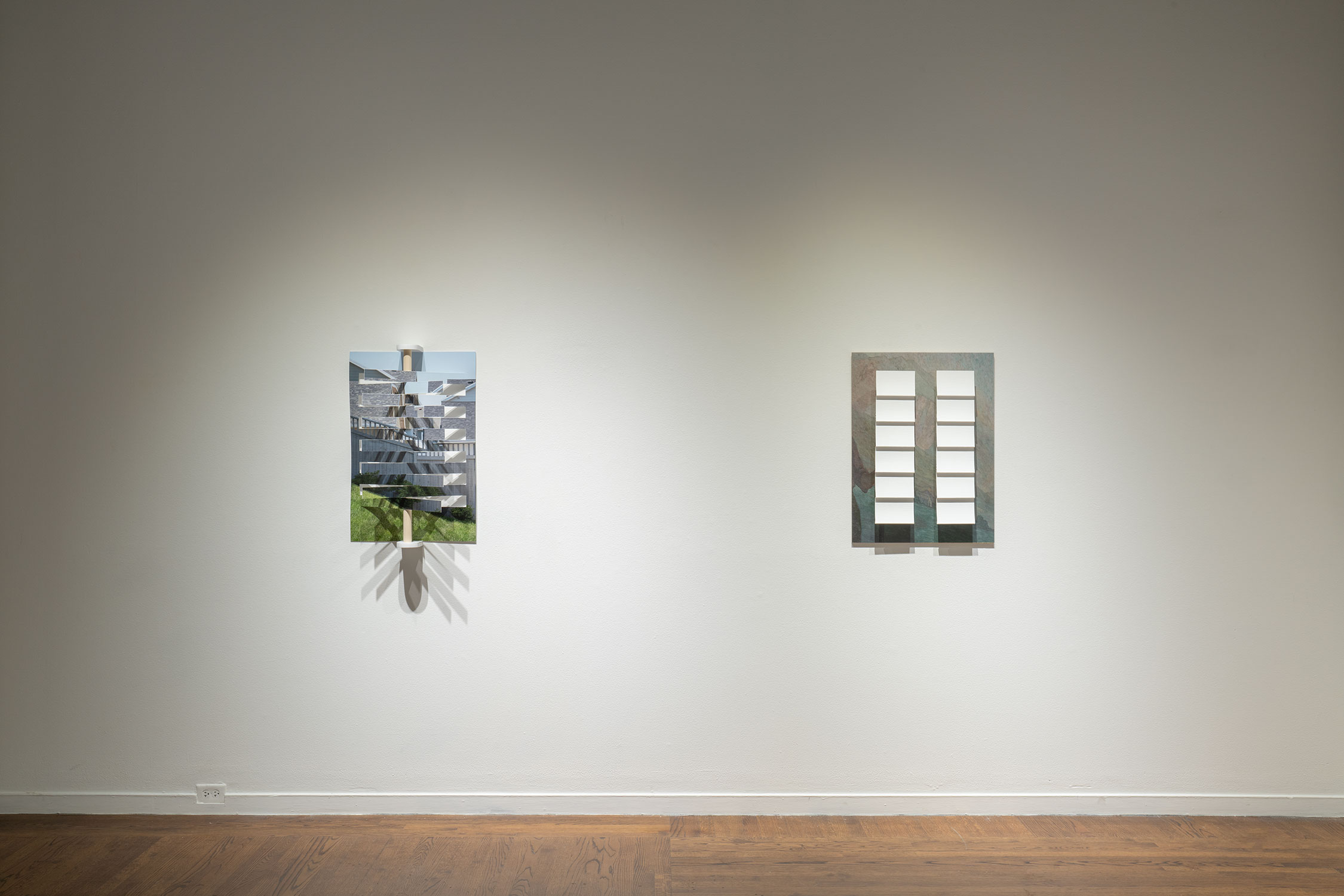 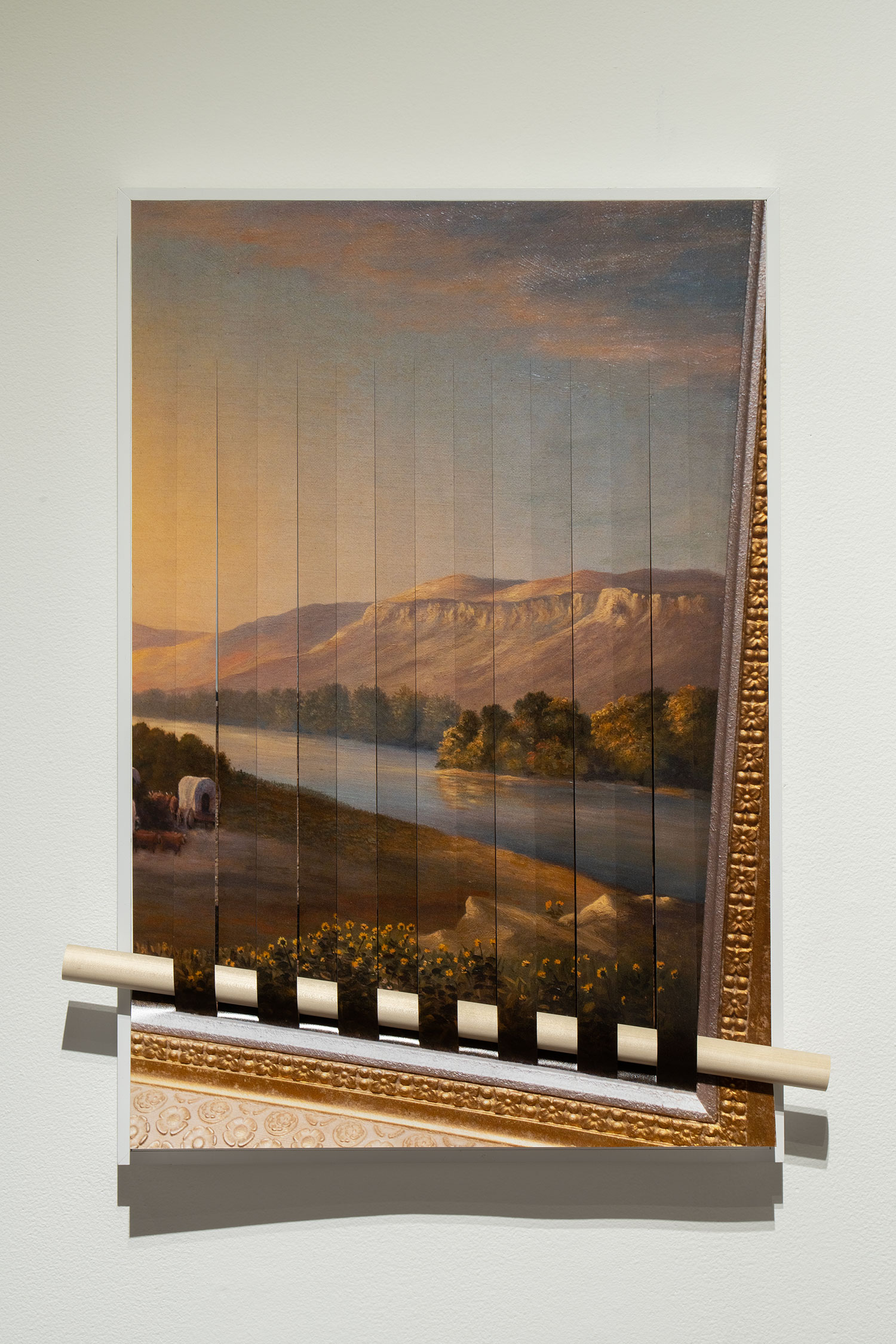 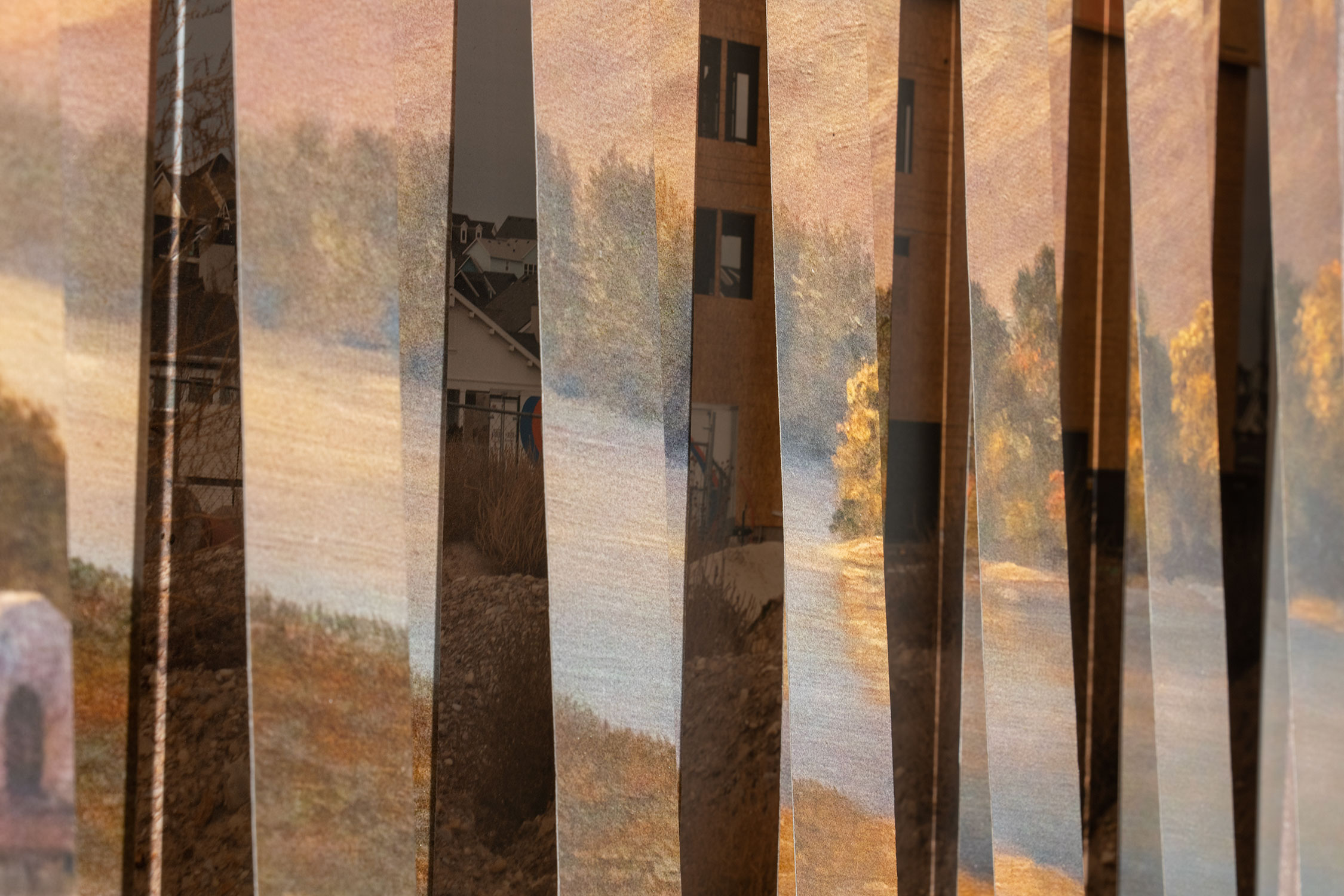 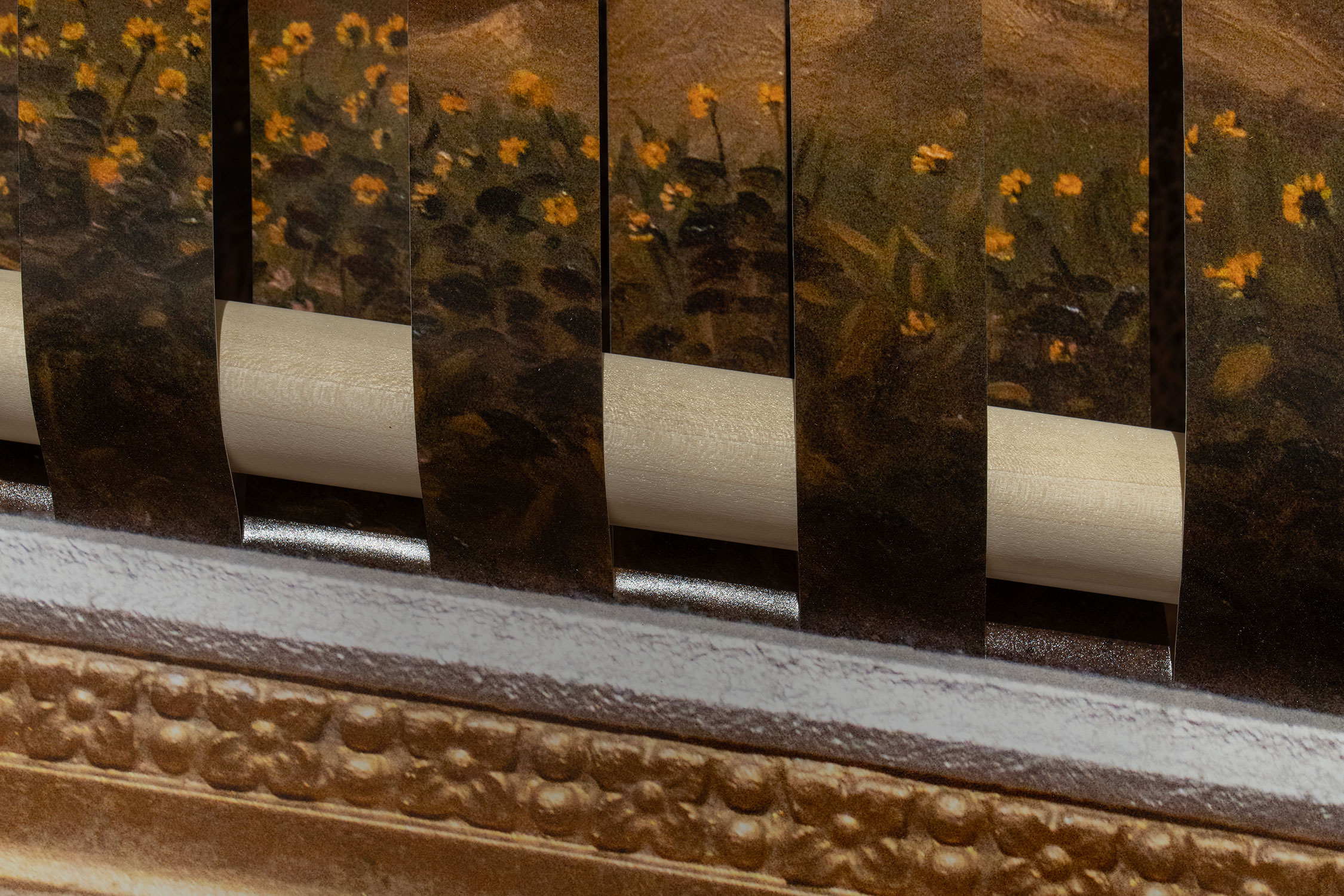 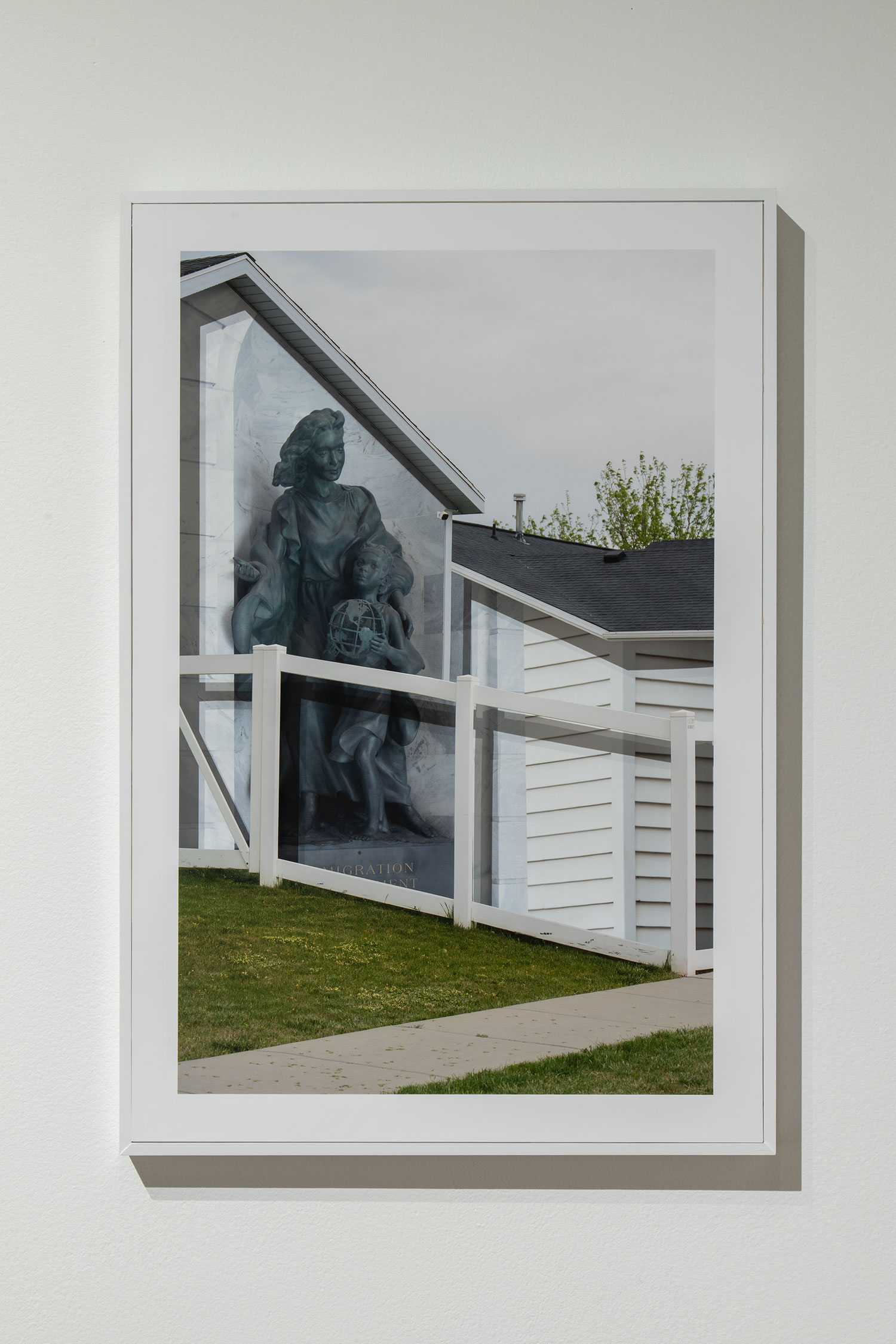 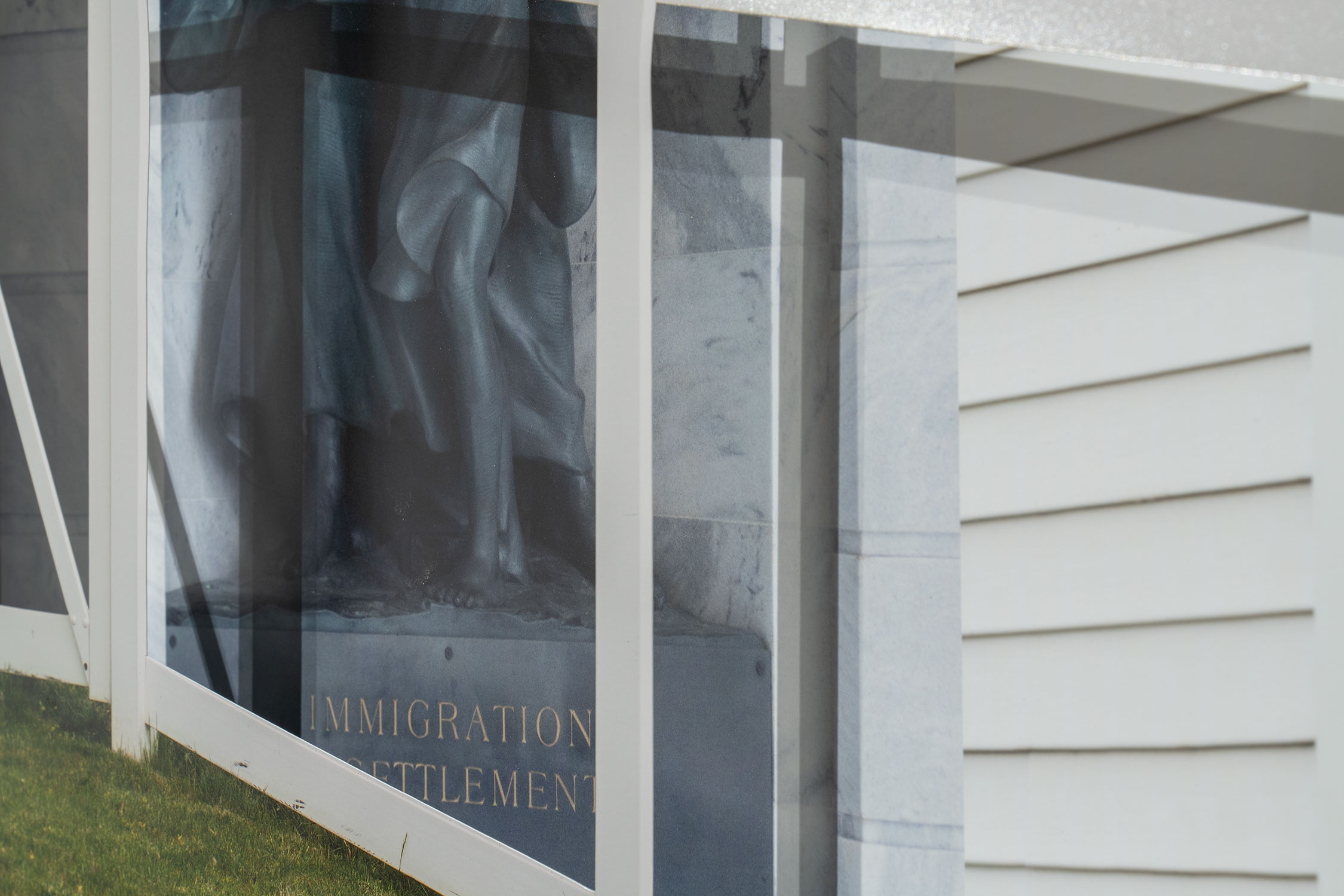 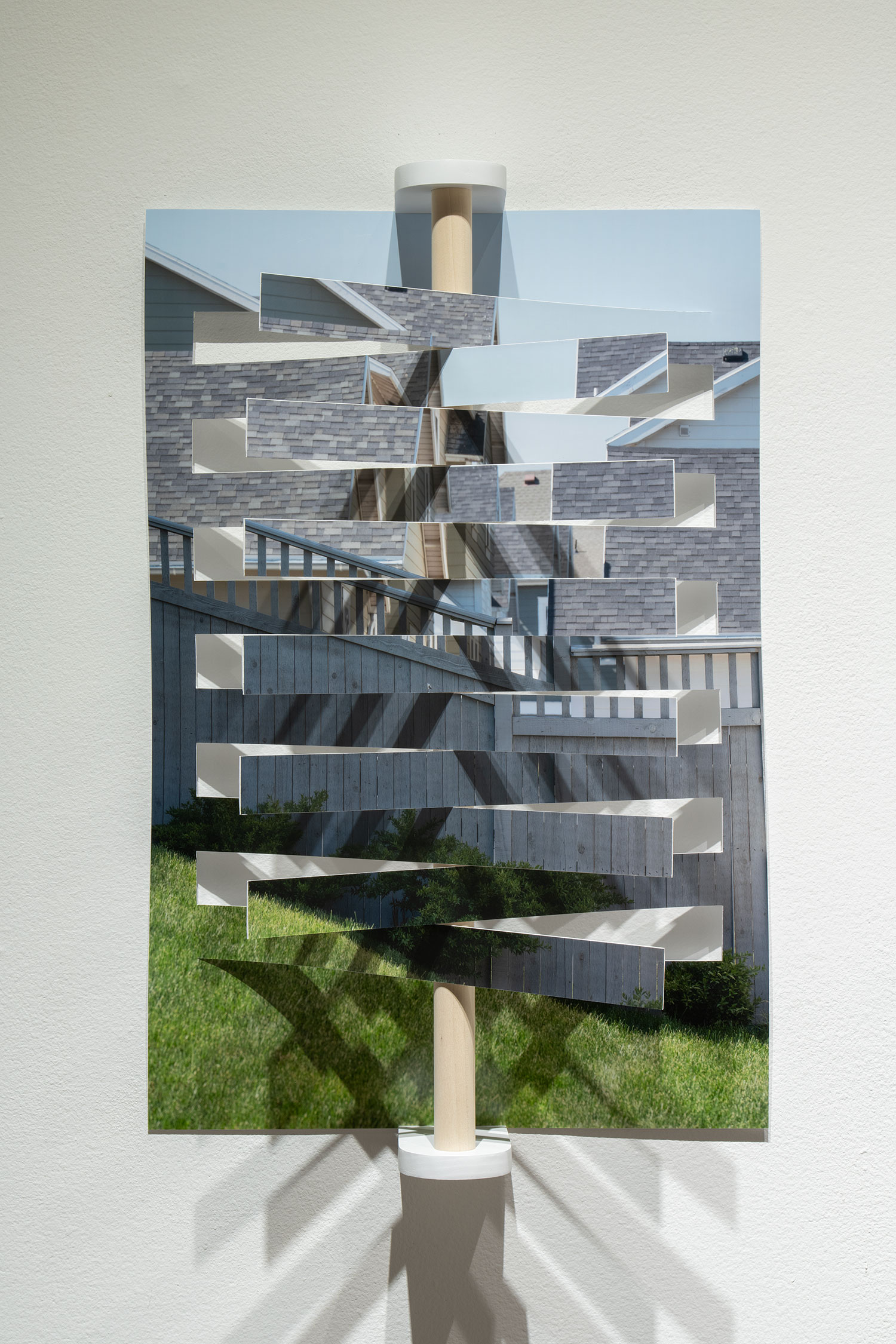 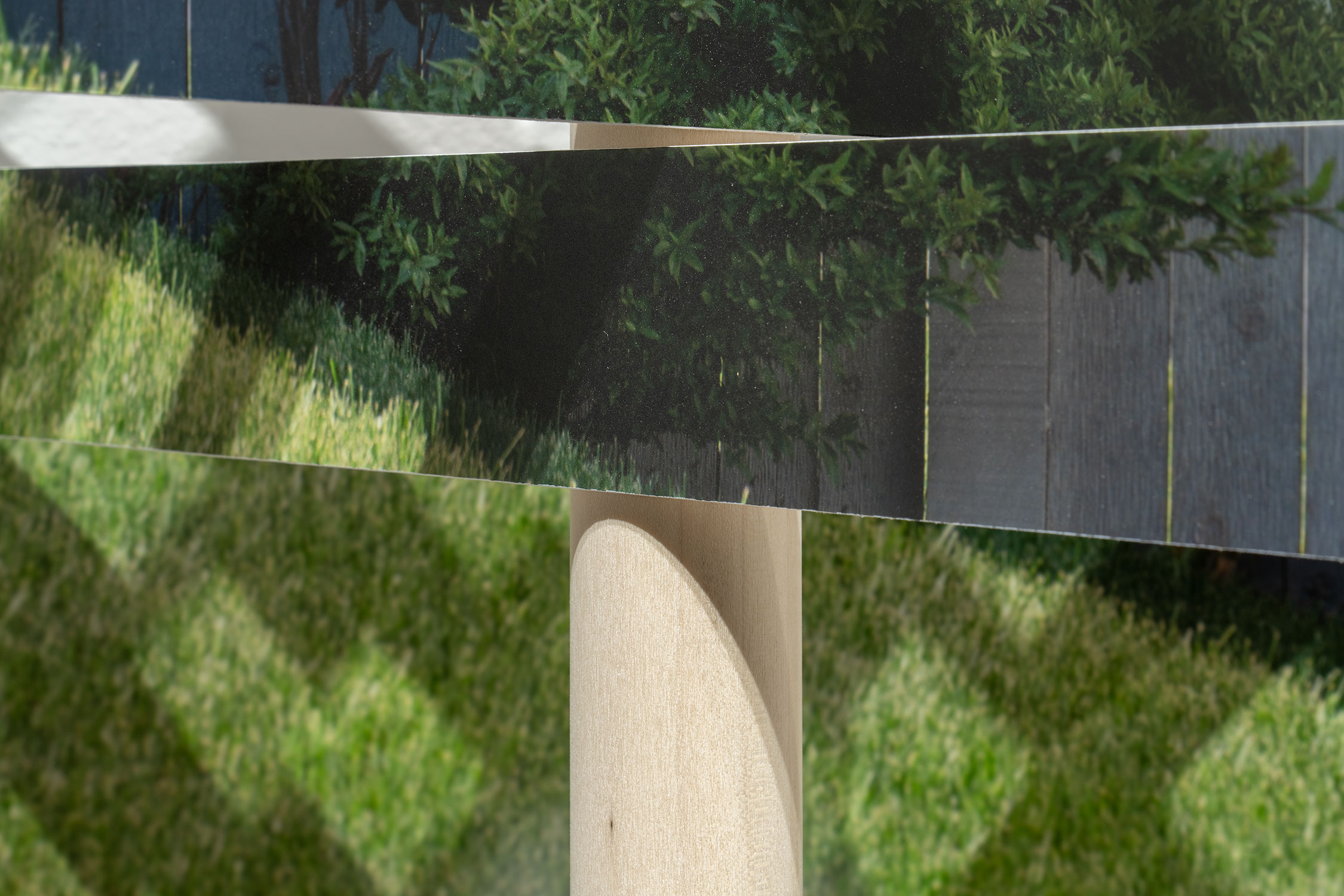 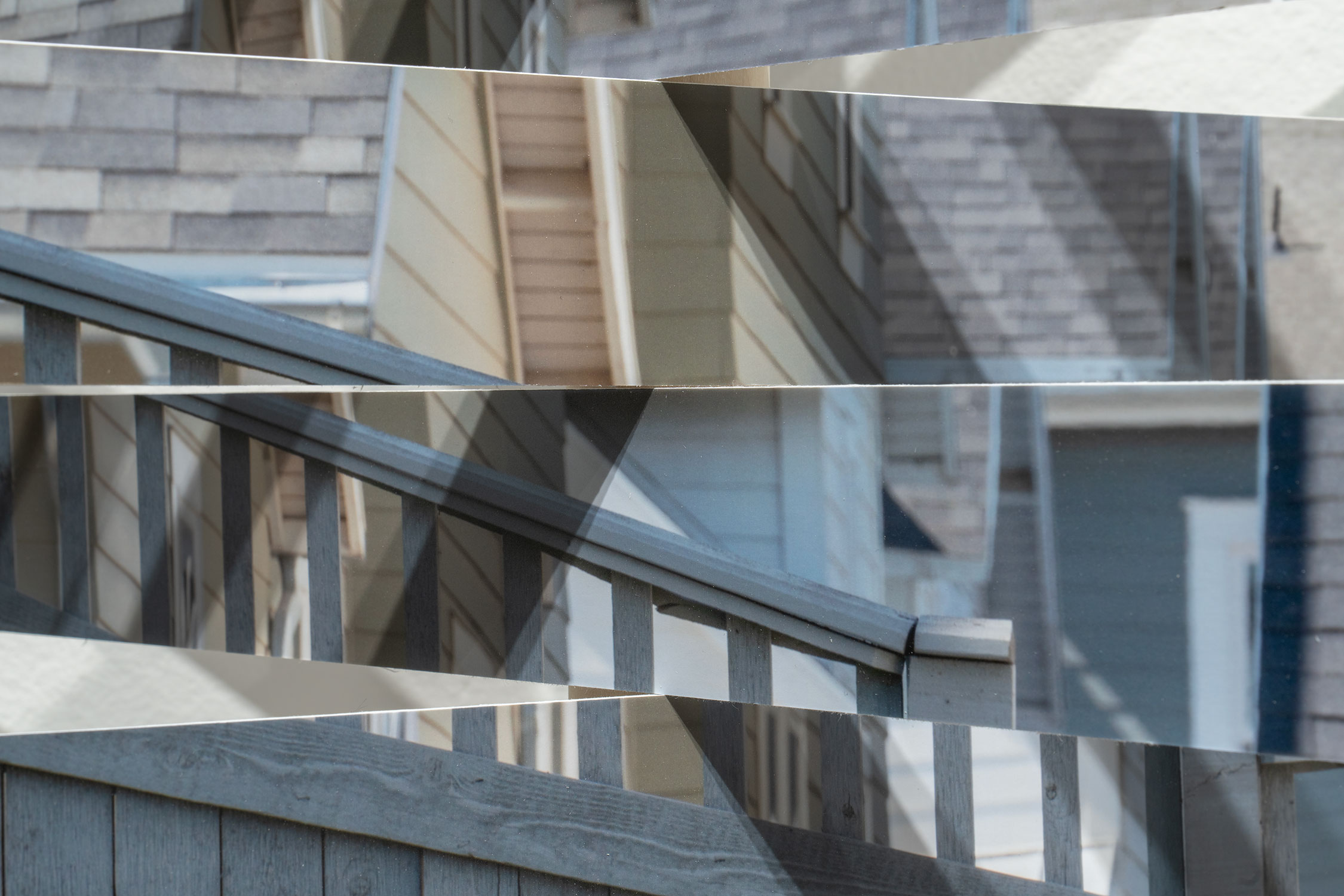 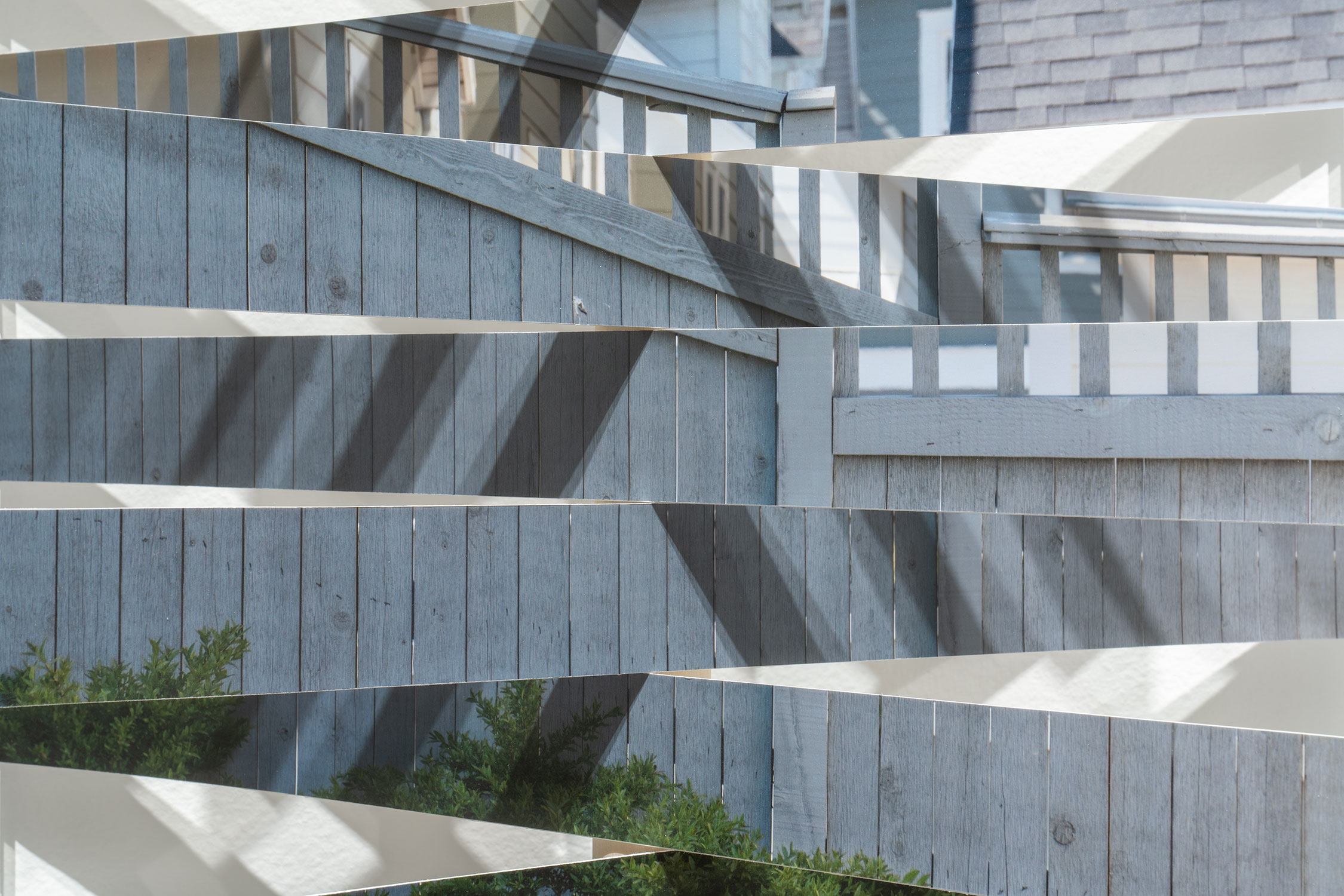 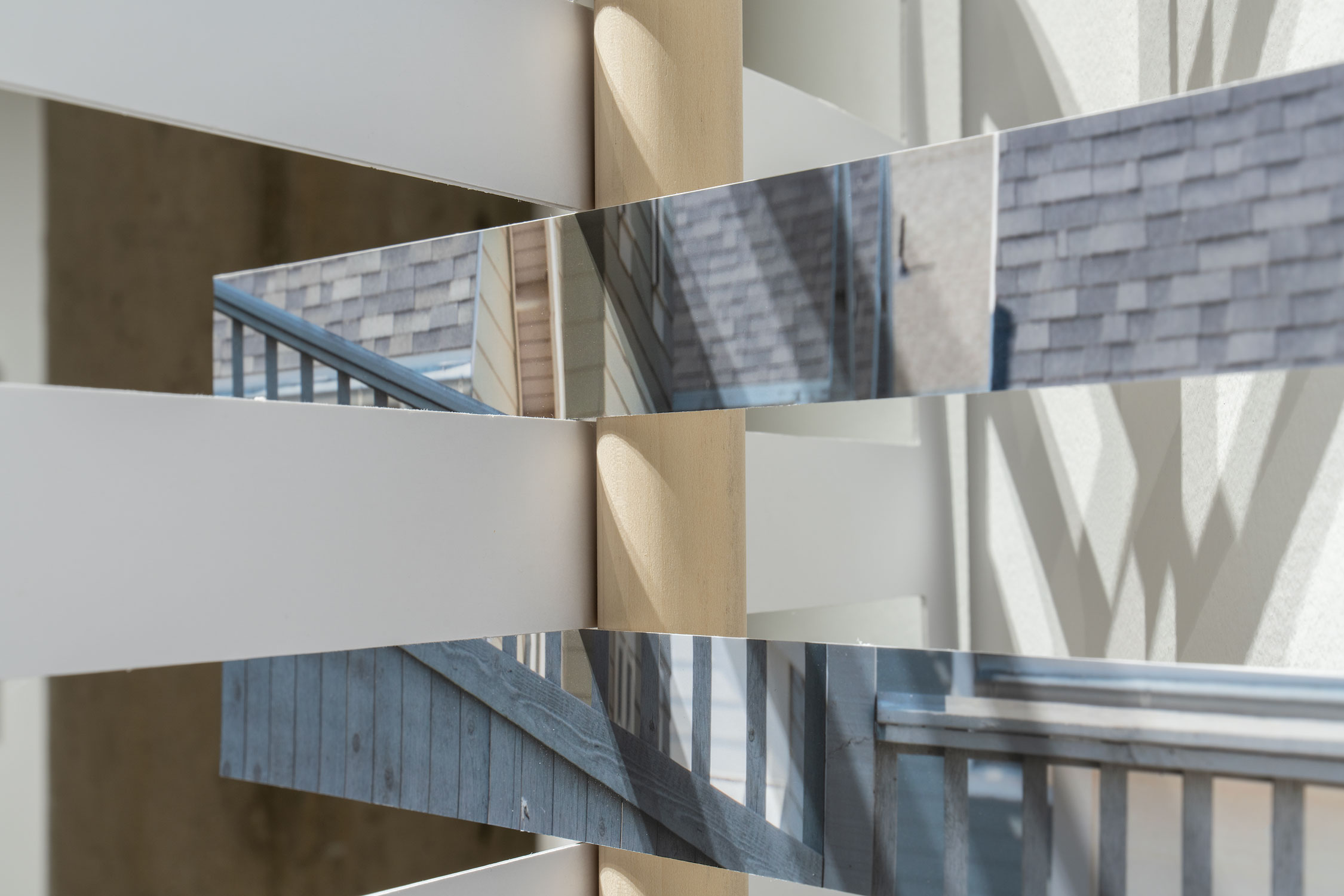 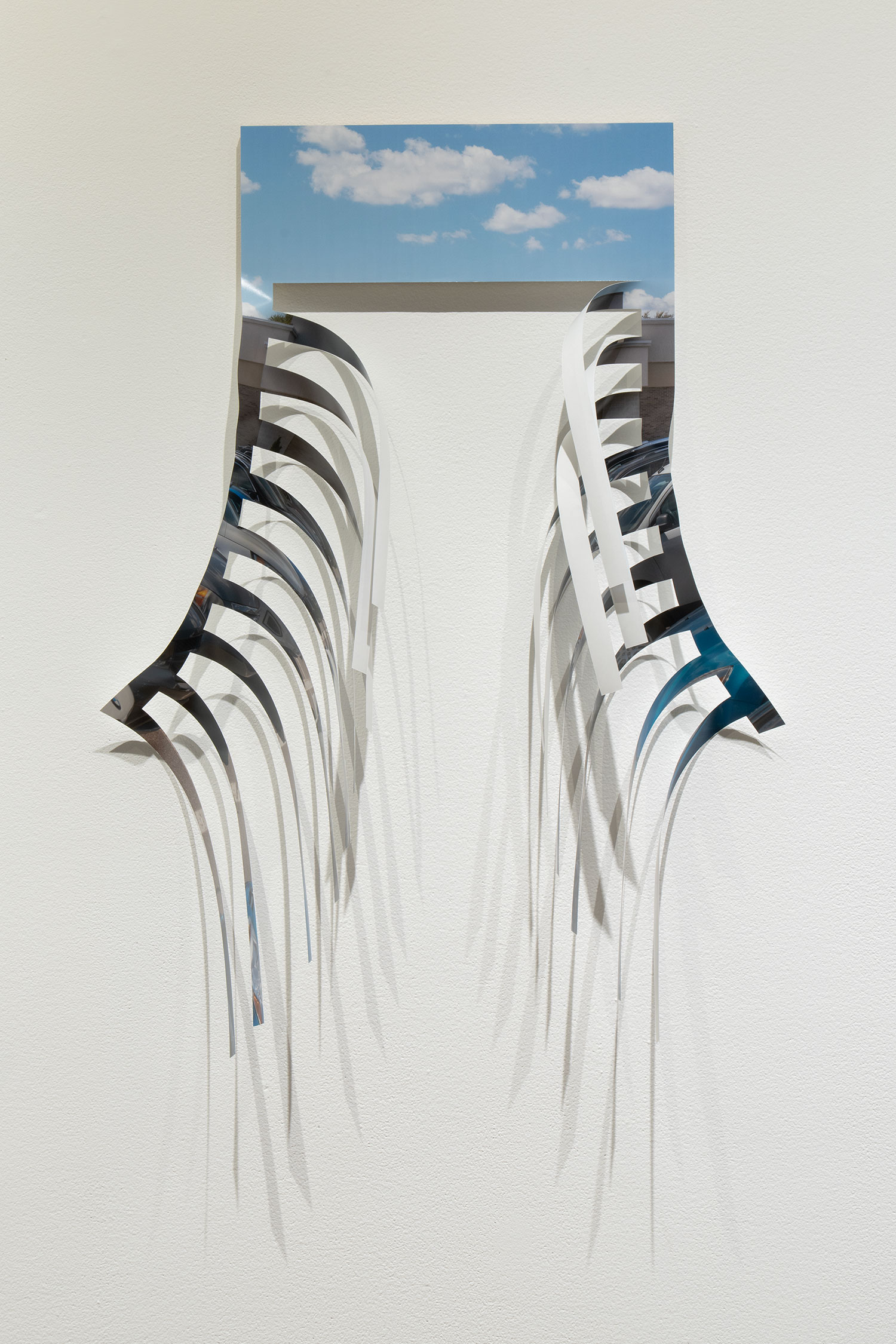 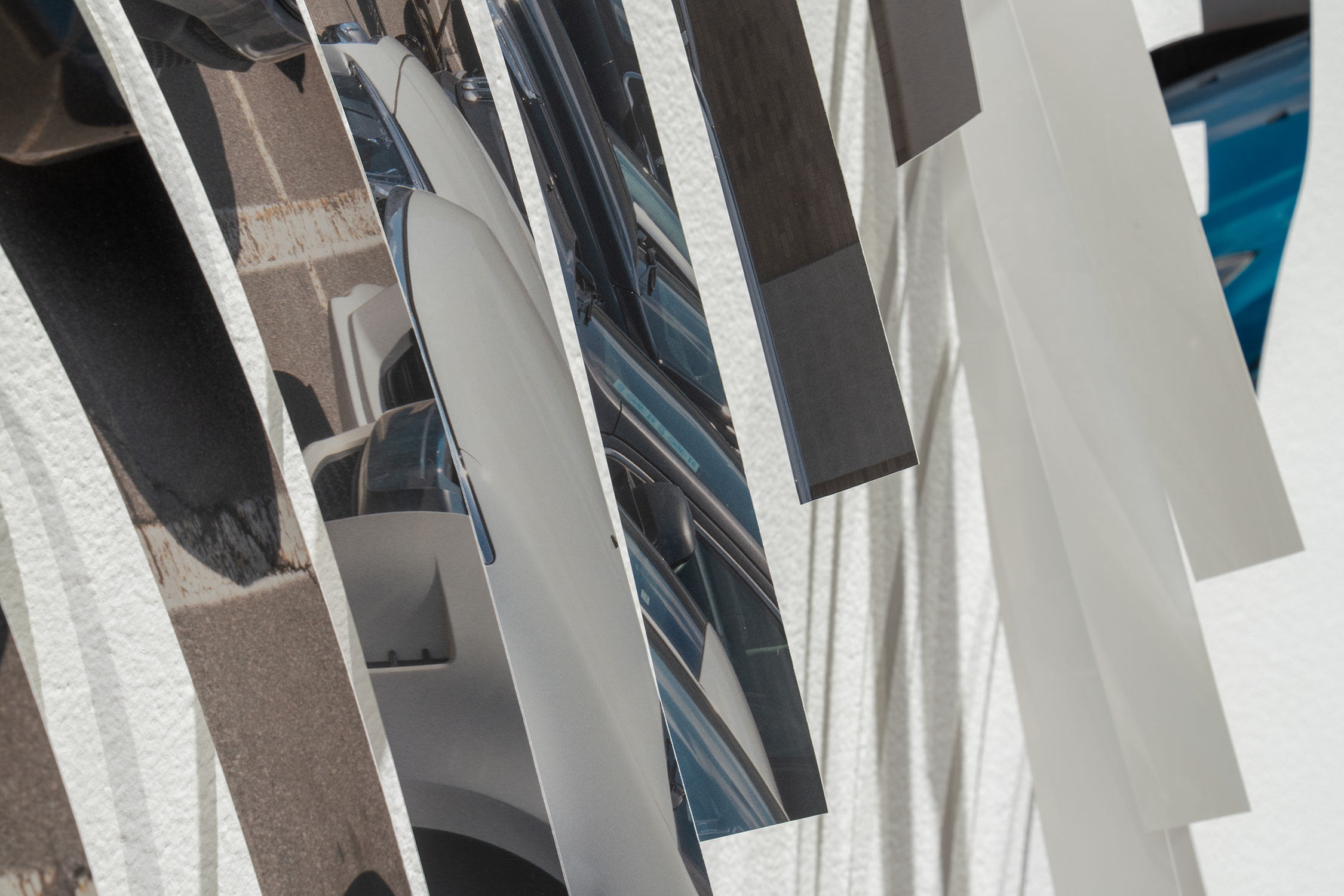 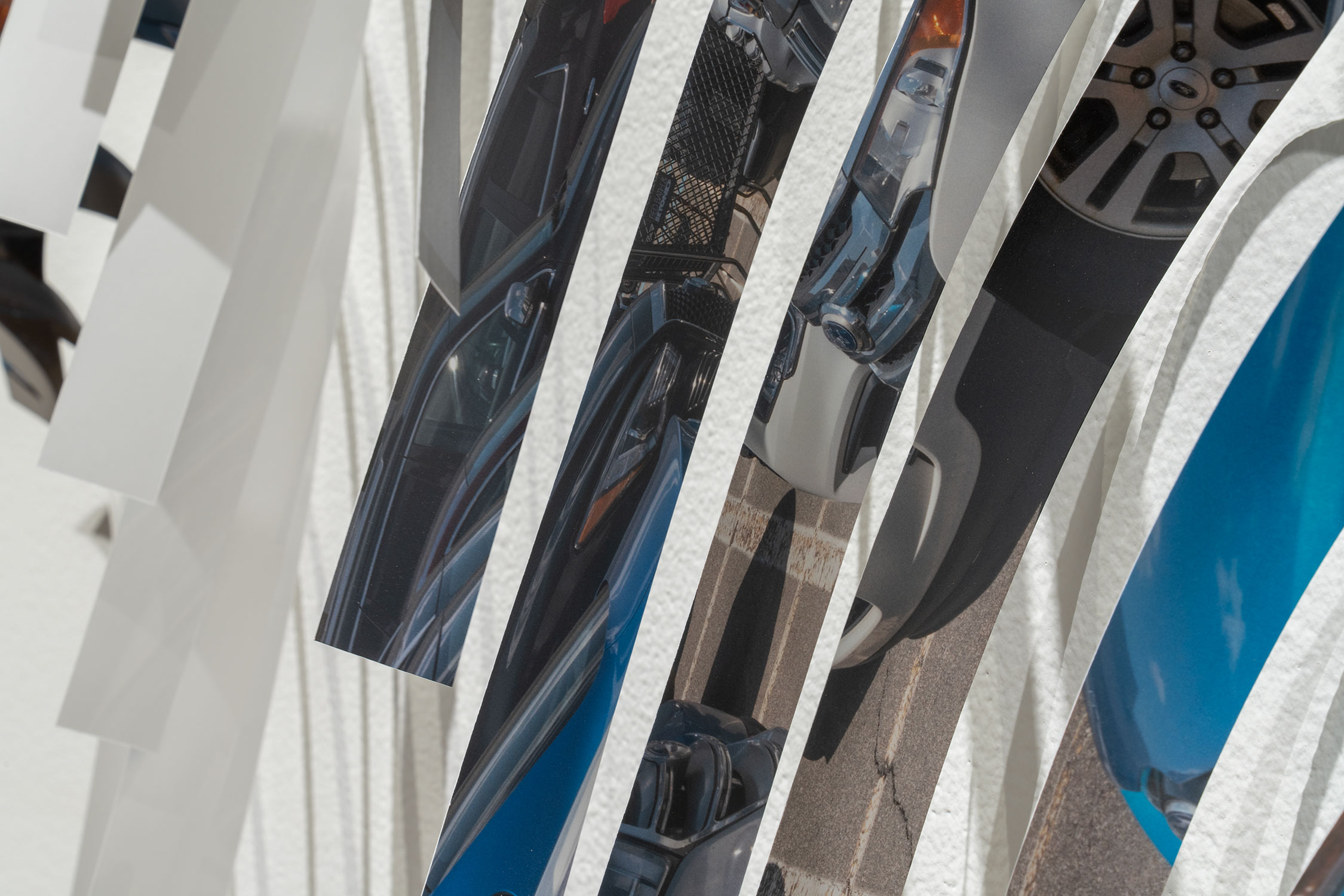 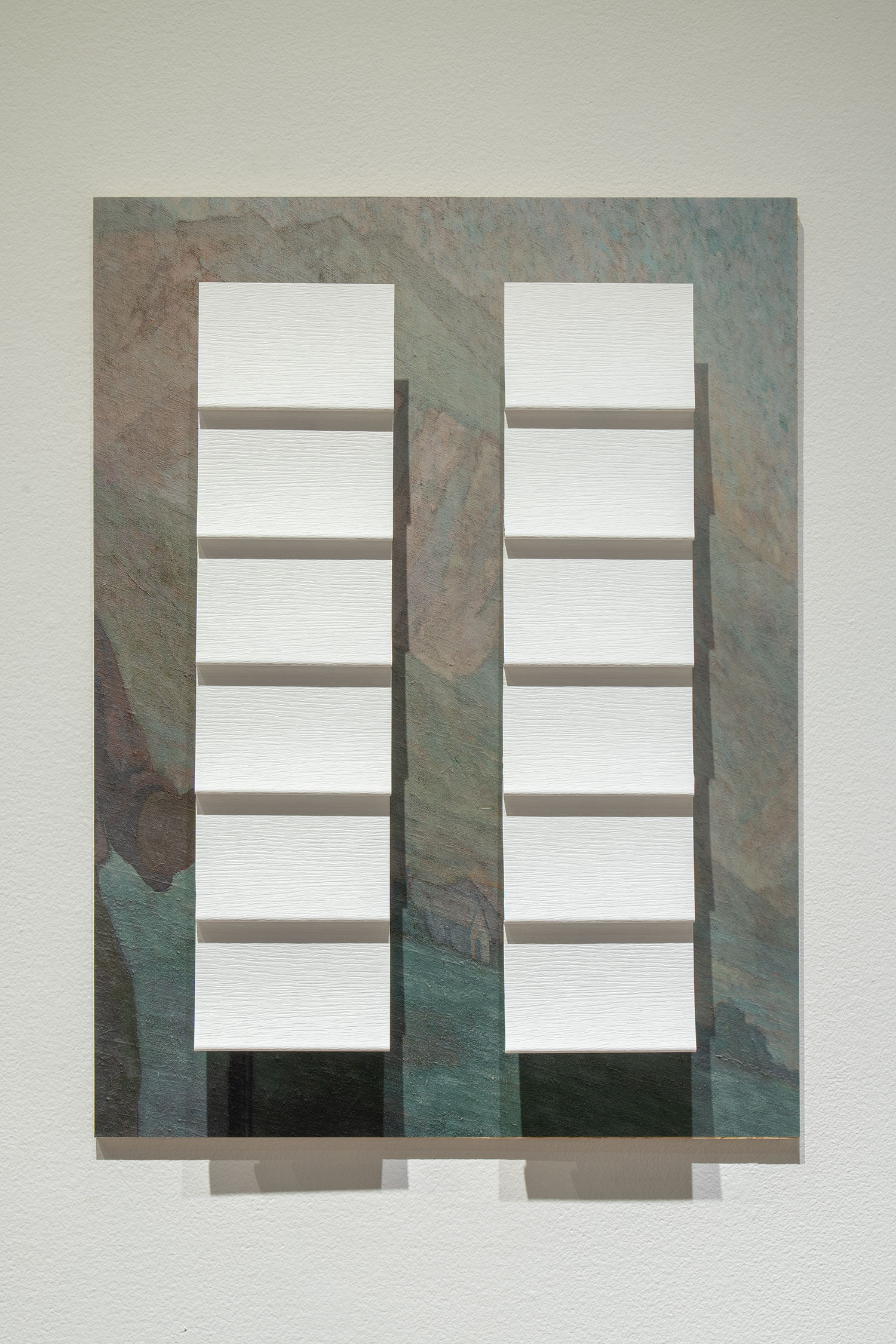 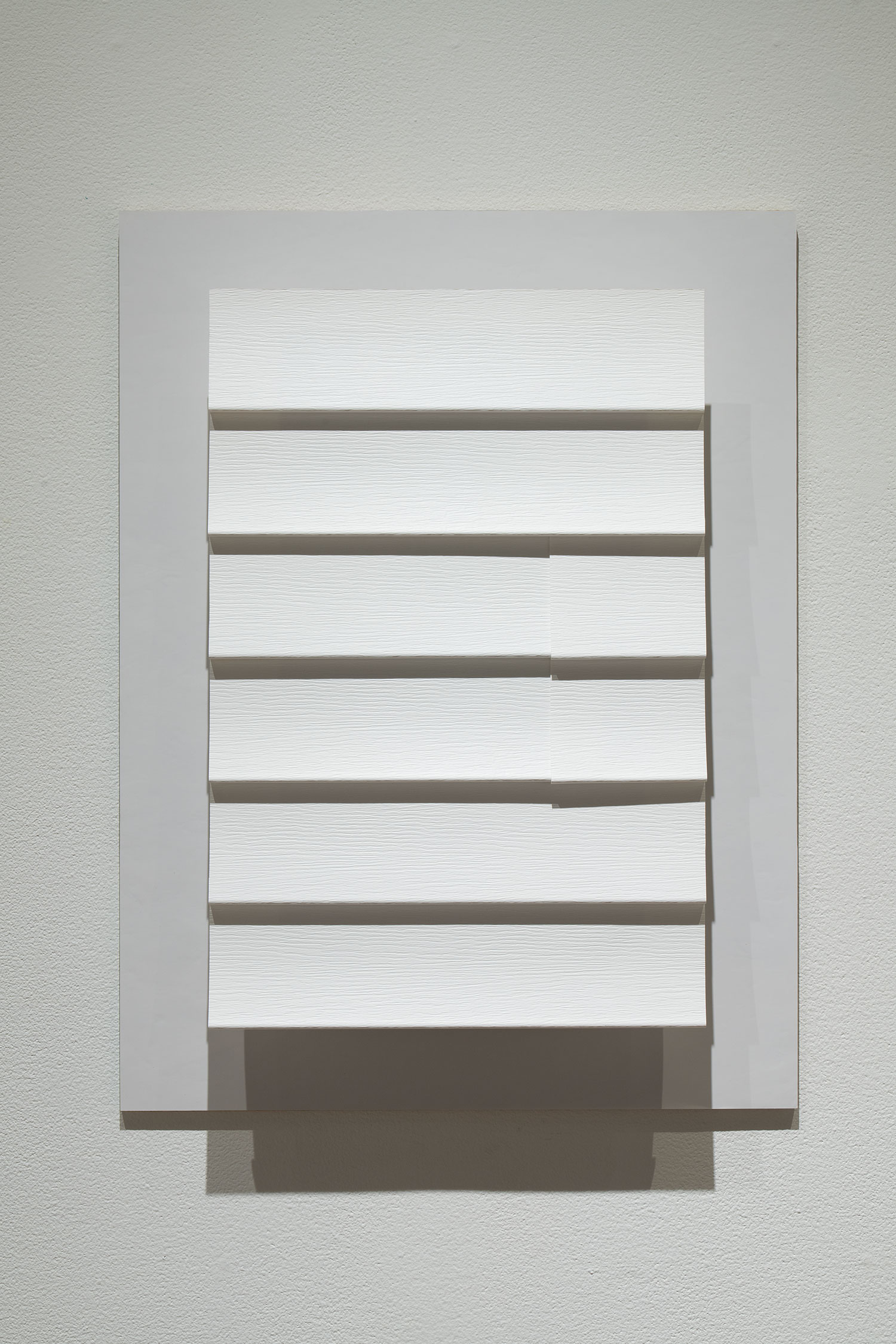 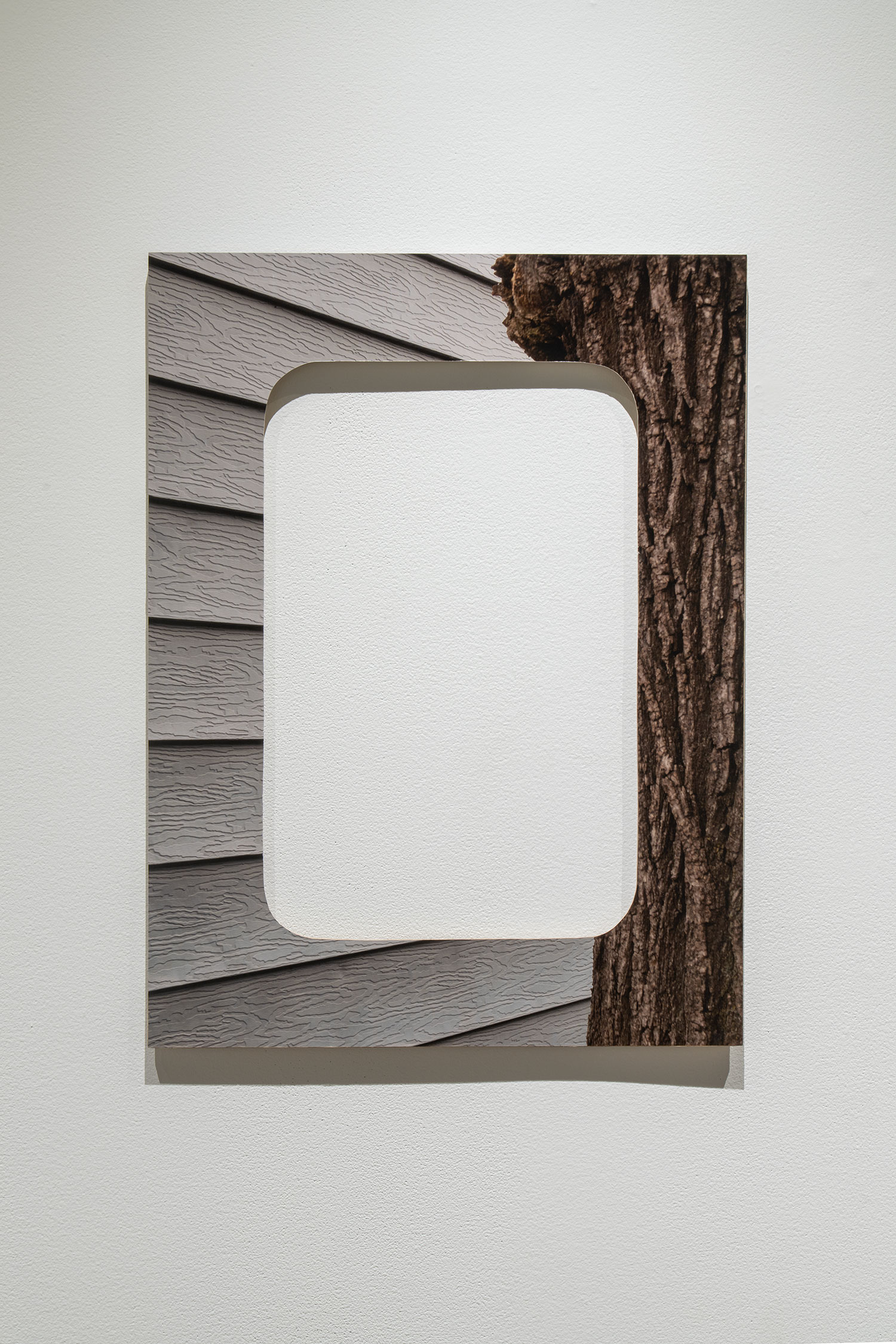 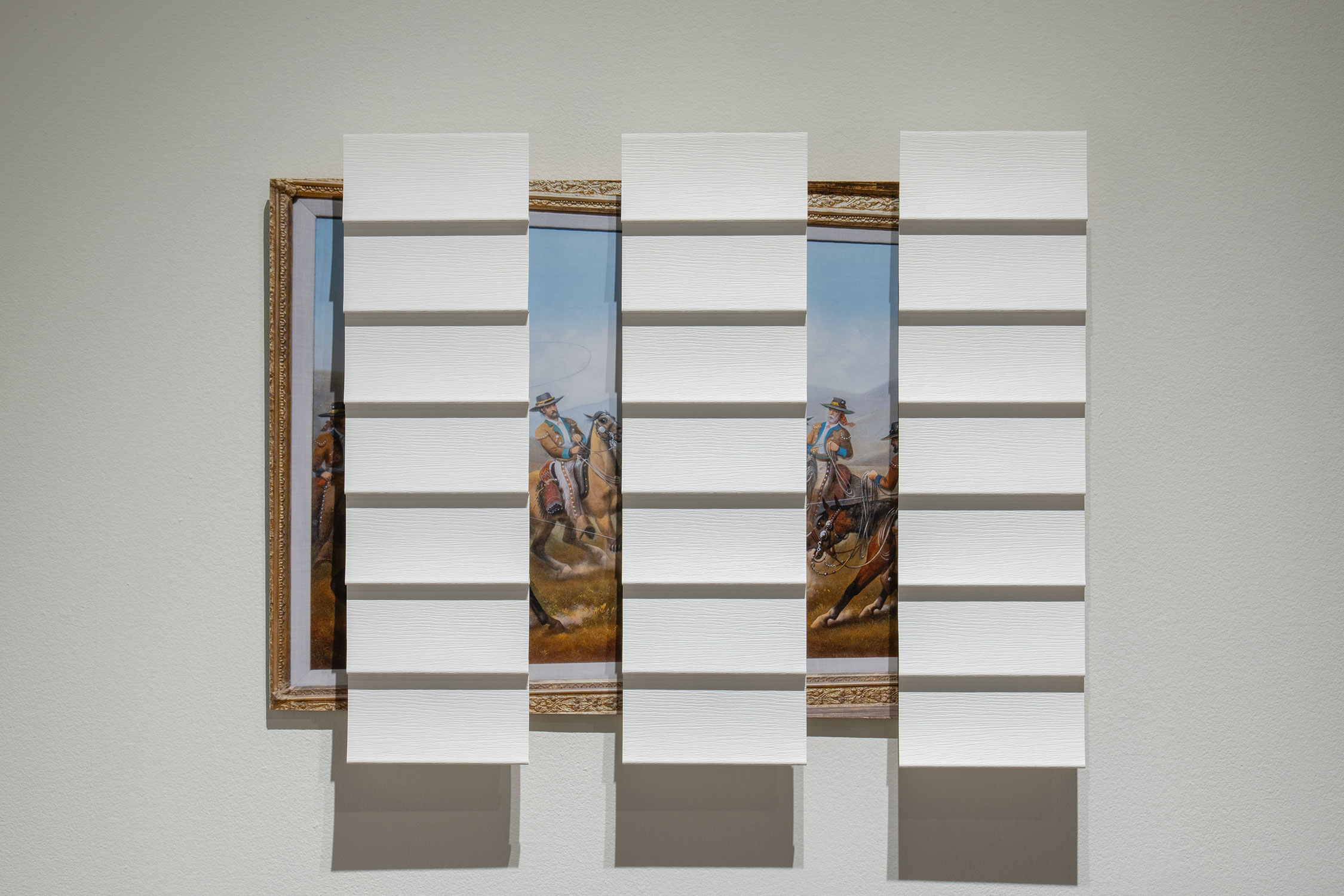