The work in Remembering Together captures feelings of loneliness, isolation, displacement, anxiety, and longing. Deeply personal, the paintings explore Heydar Rasoulpur’s experience coming to the United States as an Iranian refugee in 2016 and the emotional impact of isolation caused by the pandemic in 2020.

In 2016, in a new country, as Rasoulpur adjusted to his new home, he felt like an outsider, displaced, anxious, and uneasy in group settings.  “I didn’t have a word to describe what that feeling meant or where it was coming from, only that I longed for being alone.” His early paintings in the series, which started in 2019, reflect this yearning for isolation, often appearing in the work by a singular figure standing alone or removed from a group of figures. Although the solitary figure never looks relieved to be alone.

Following the mandated quarantine in 2020, Rasoulpur found himself as he desired—completely isolated from the people and places that made him so uncomfortable. But the quarantine did not bring him solace. The opposite occurred, and through memories that felt like ghosts, he longed for human interaction. That longing for people from a place of isolation brought about a shift in his work and in himself, and groups began to populate his canvases. Small gatherings of familiar and family-like groups comfortably in existing together. It is this comfort that Rasoulpur now finds as he rëengages and connects with those around him through shared stories, experiences, and memories. 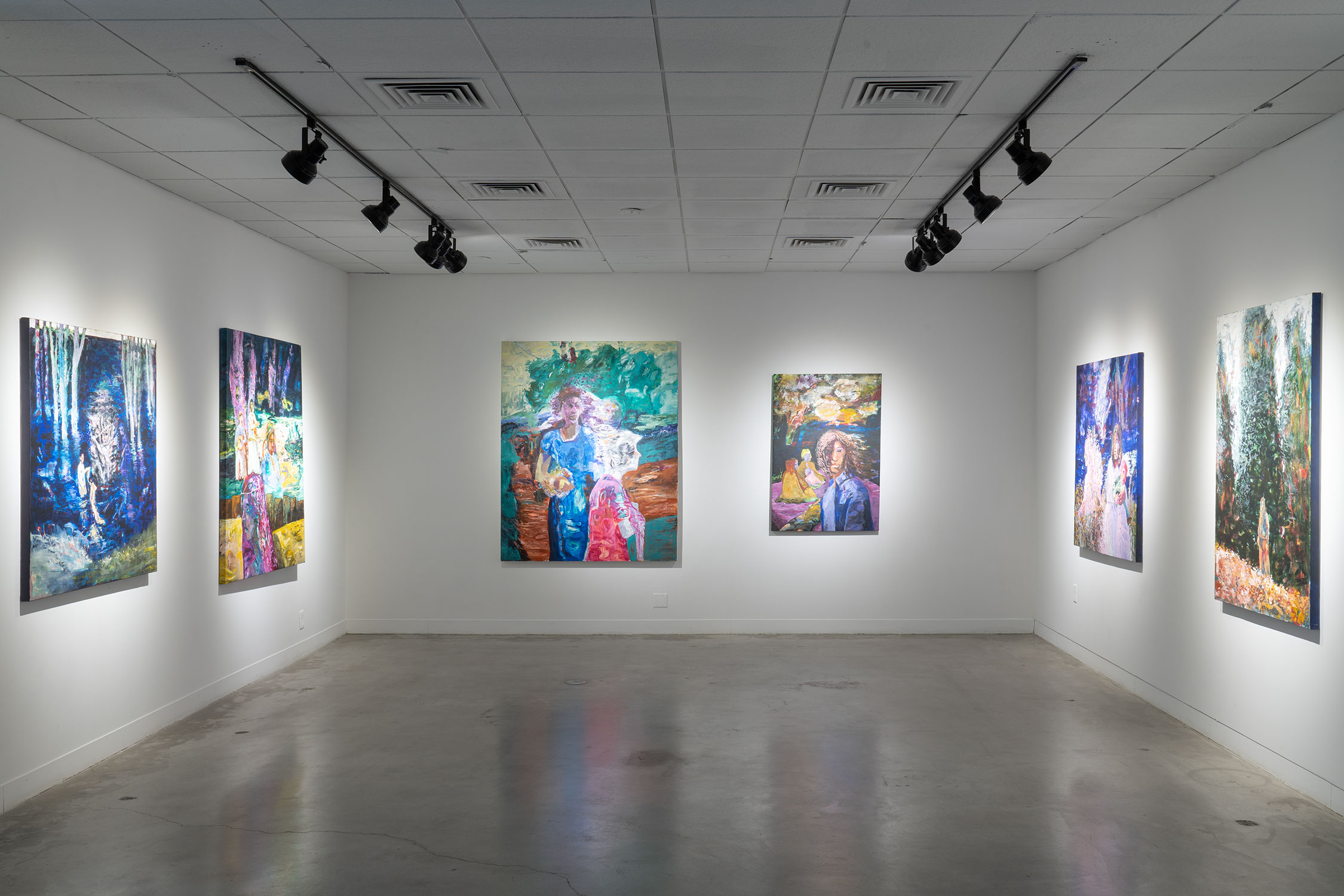 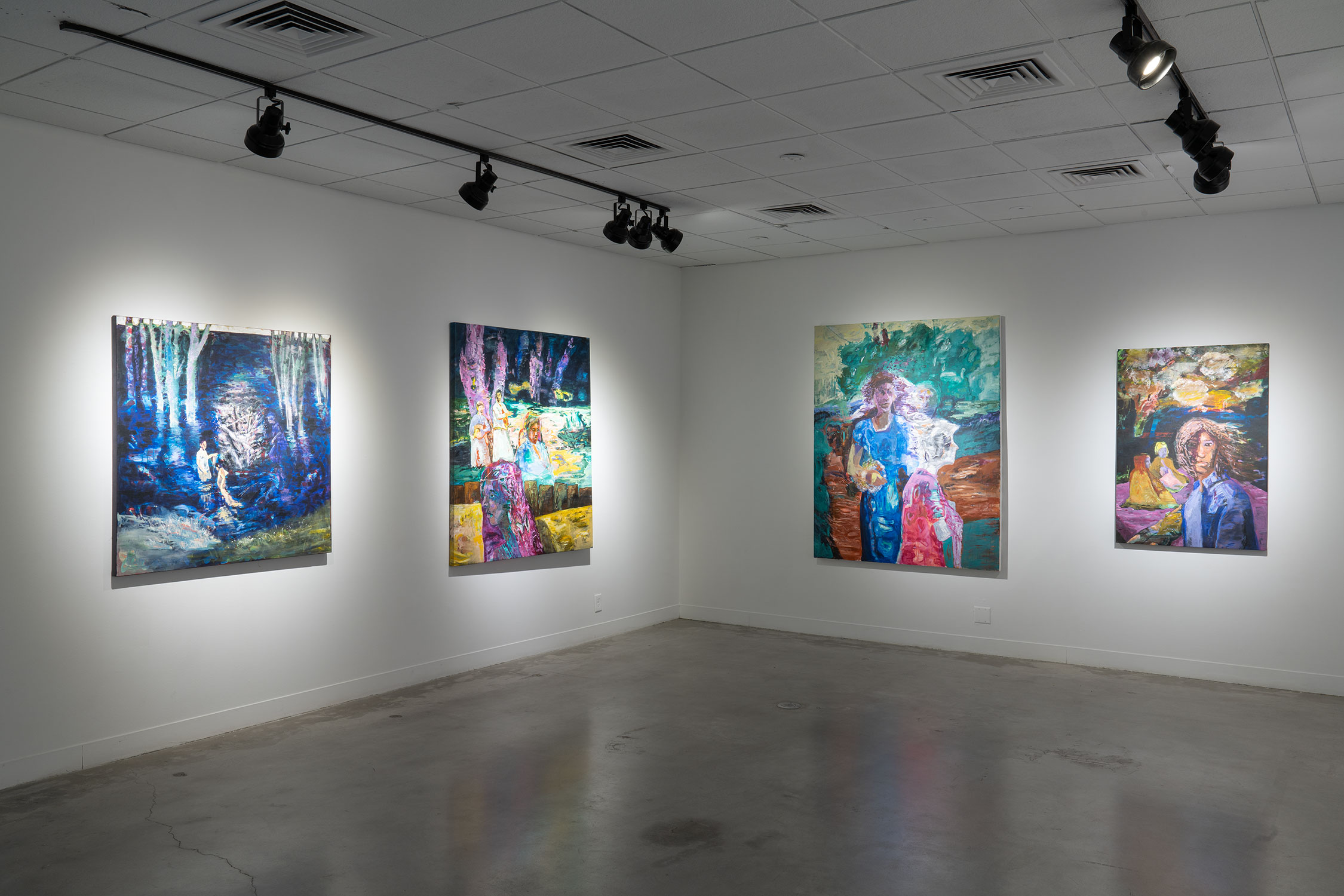 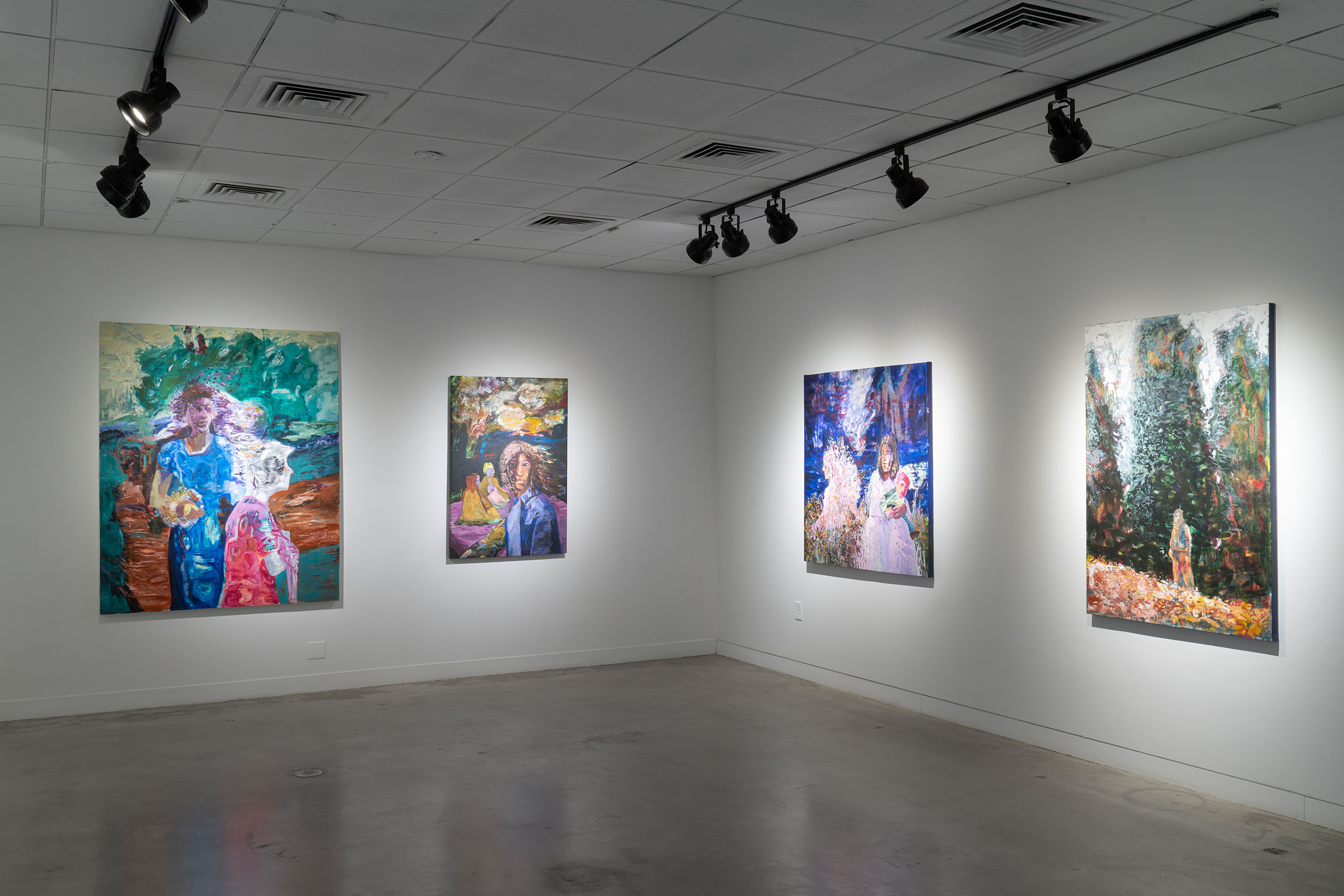 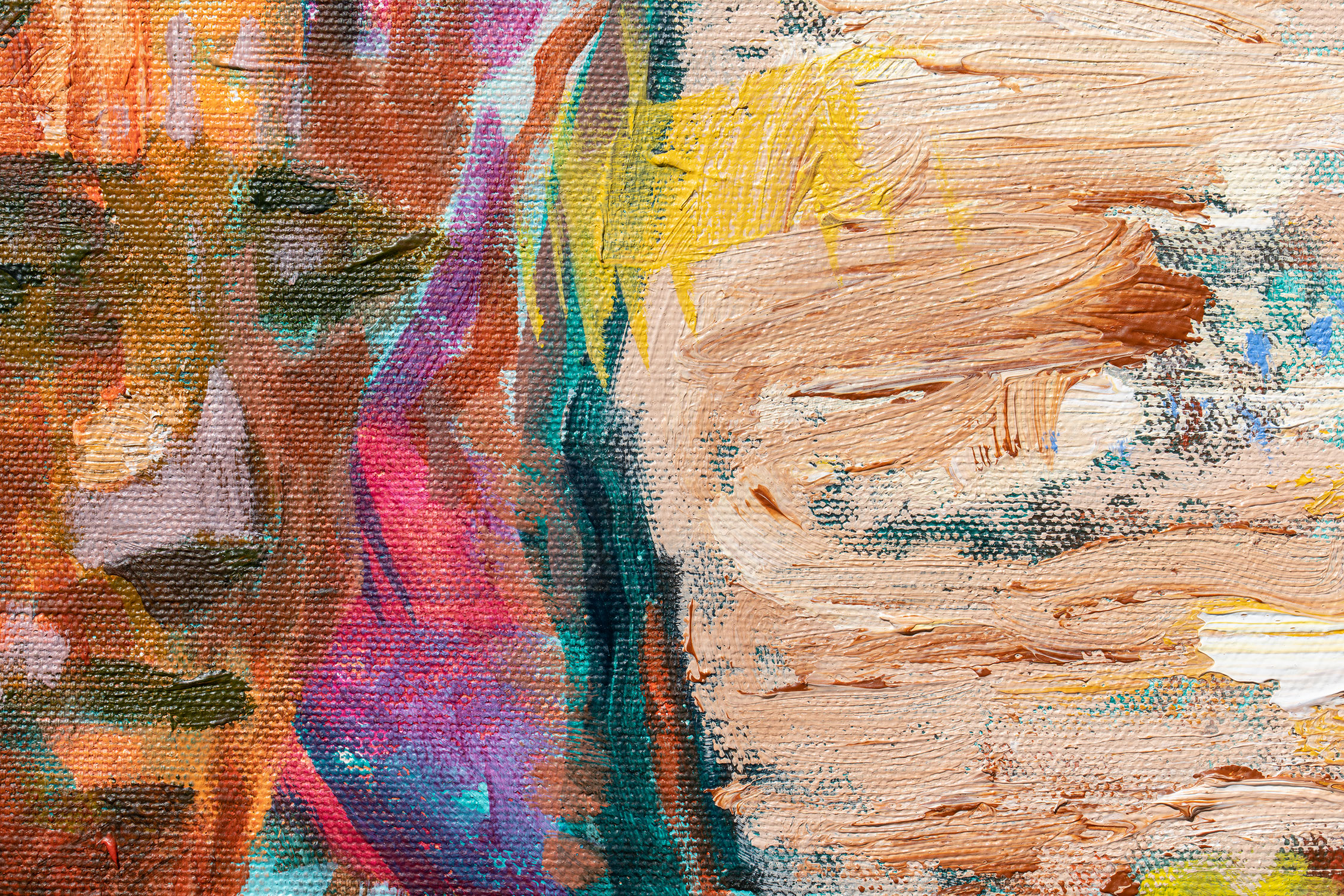 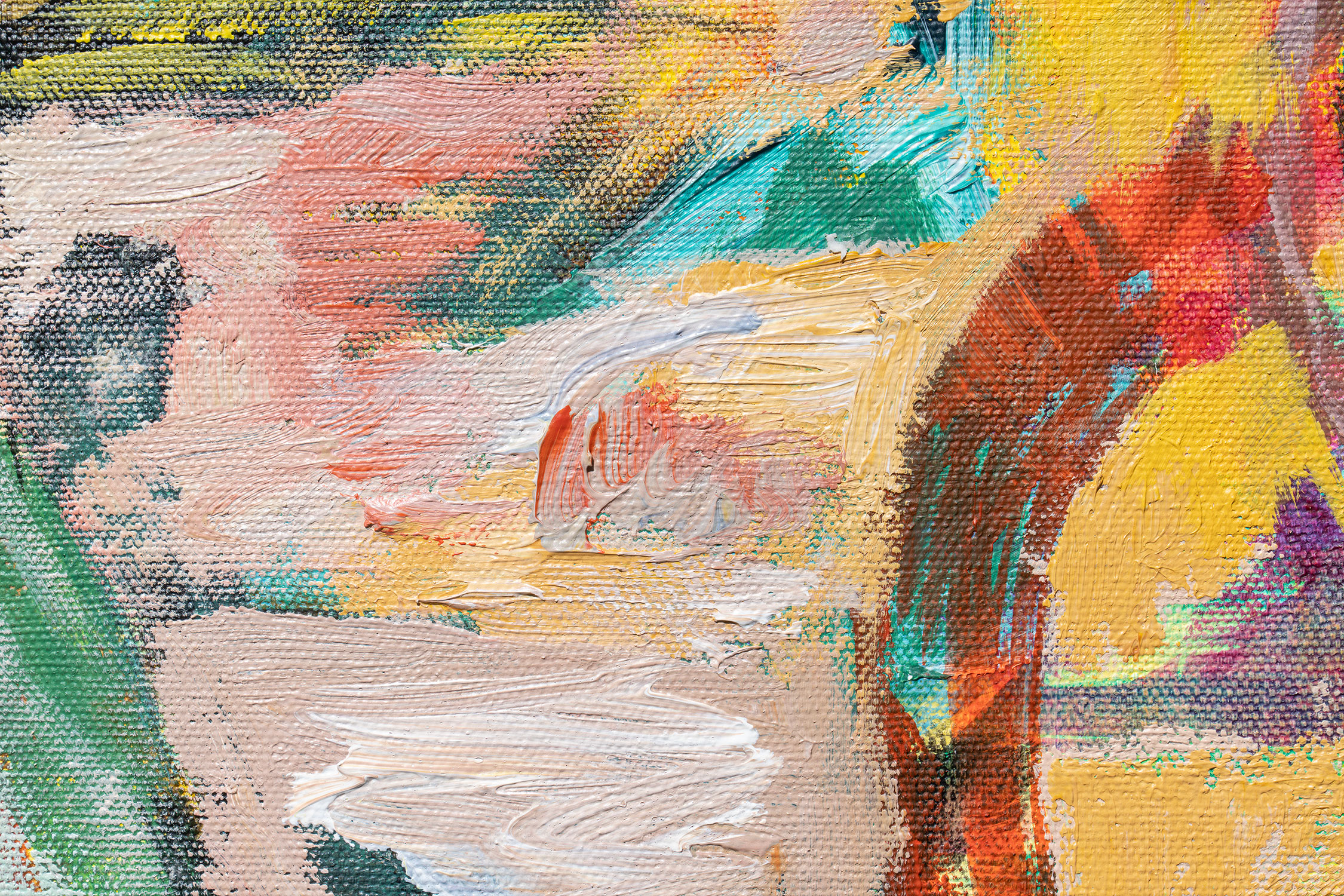 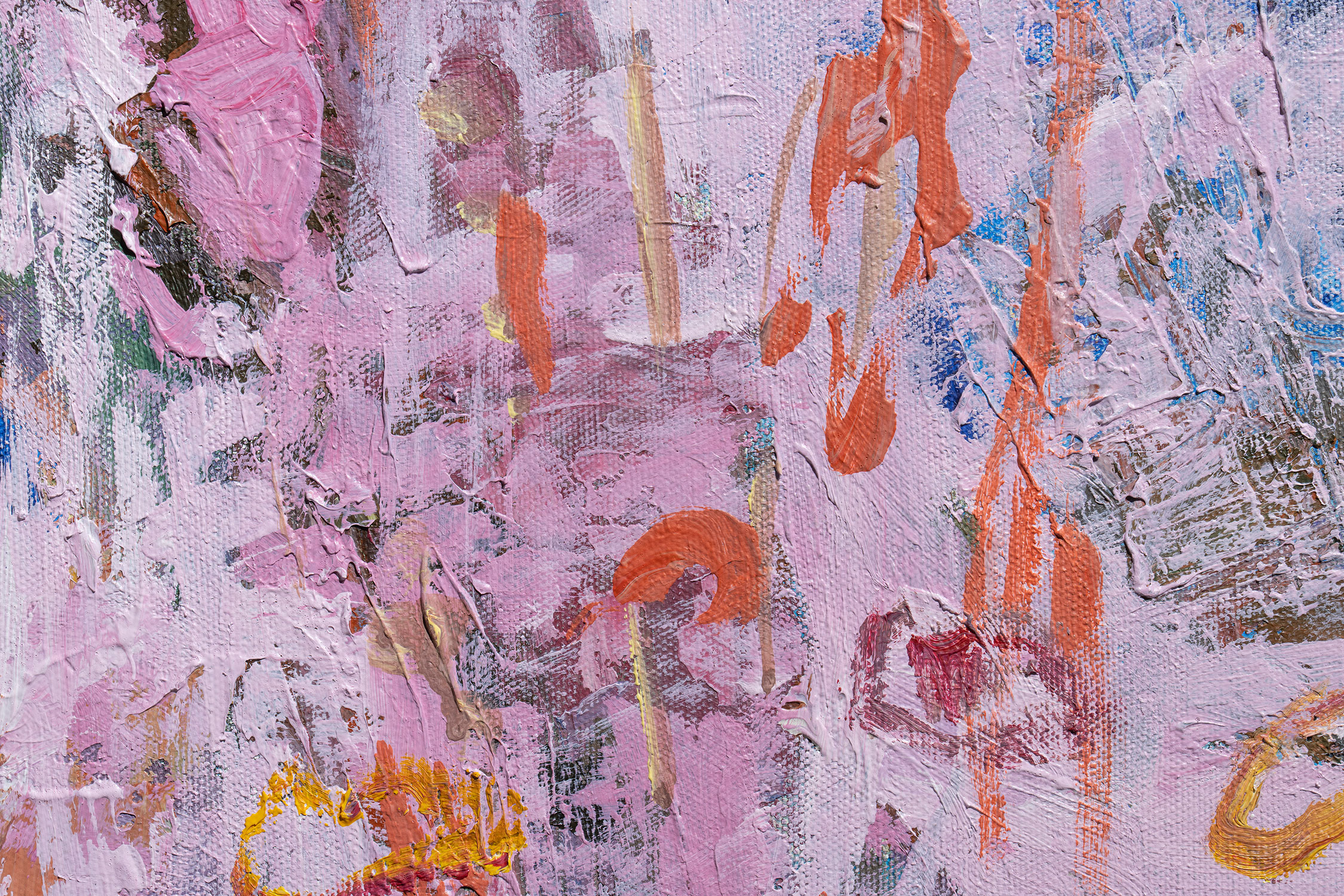