Chase Westfall’s Control is a single-channel video work capturing the powerful rhythmic sound of a drum composition by musician Julian Dorio. A founding member of the band The Whigs, Dorio was performing with the band, The Eagles of Death Metal, at the Bataclan Theatre in Paris, France, when it was attacked by ISIL (Islamic State of Iraq and the Levant) militants, leaving 89 dead and many more injured. In contrast to the massively destructive violence experienced in the Bataclan attack, Control presents Dorio’s intensely physical drumming as a constructive and redemptive expression of controlled violence.

“The terrorist attack and the drumming are equivalent as acts of total physicality. Yet, the absolute discrepancy between the moral value of these two applications of violent force raises important questions about the sociocultural meaning of violence and its paradoxical nature as both a destructive and generative impulse,” said artist Chase Westfall.

Control explores types of violence—catastrophic and creative—and by interrogating these paradoxes, the video creates a space of inquiry for viewers as they are confronted by both the urgency and intimacy of Dorio’s performance. Through his drumming, Dorio incites his ongoing efforts to regain a sense of normalcy and a belief in humanity, in the wake of profound violence. Further, the drum kit itself—the same set he played at the Bataclan theater—functions as a witness and as a specific site of reclamation. Initially held as material evidence by the French police, the drums were disfigured with bullet holes and bent, and broken hardware. Once released to C+C Drums, they were fully and completely restored and given to Dorio, as a gesture of healing and generosity.

A lecture featuring curator Laura Allred Hurtado and artist Chase Westfall will be held on May 25, beginning at 6 p.m., discussing Control and other projects by the artist. 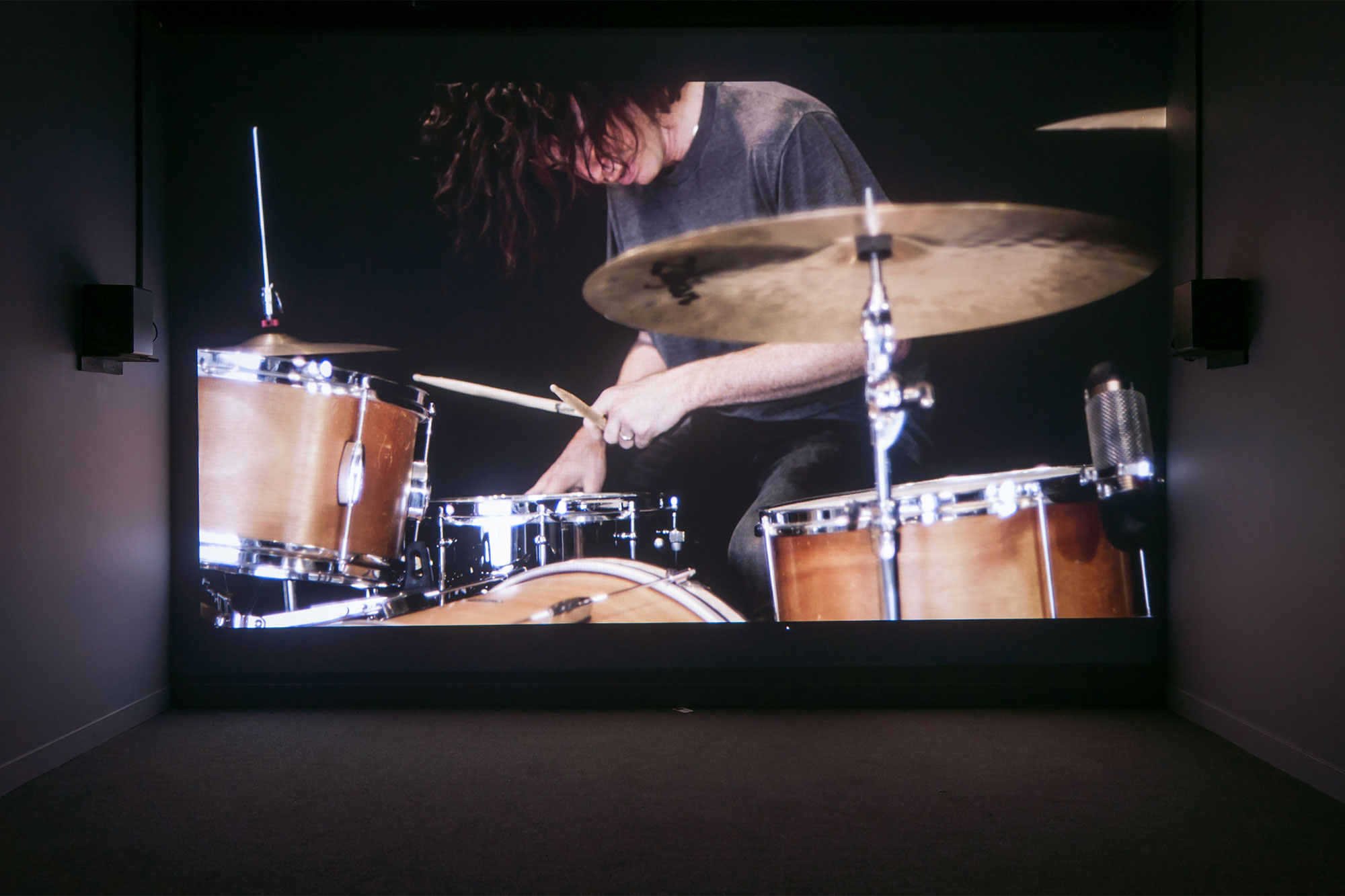 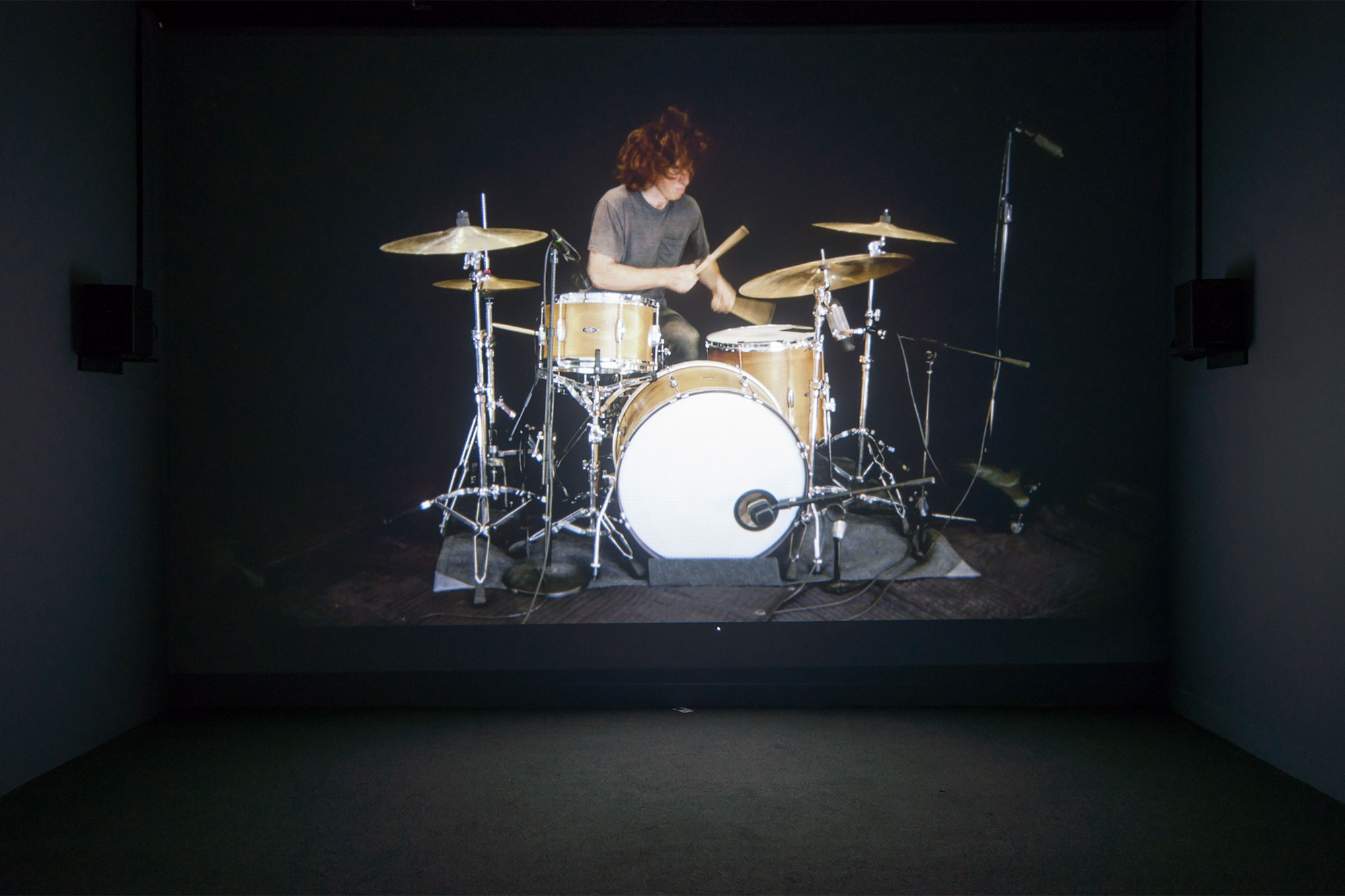