Unlike other ceramists who often make hand-held size work, Taylor’s objects vary in size, but most exist on a human scale. Each is restricted or defined by its relationship to the artist’s body and his ability to manipulate the clay. While he uses a variety of tools, for the most part, Taylor’s body itself is the most primary. He forms the masses with his arms and stretches them upward with his hands.

He constructs the work as parts of a whole. Each section relates to the next through the surface and the organic materials that are added to the clay body. These organic materials, such as strands of rice straw, disintegrate in the firing process, leaving behind a fossilized pattern on the surface—impressions of what was, but no longer exists. It is in the fossilized areas that portions fold down, split apart, and fuse, creating delicate branches that contrast the dense and robust base below.

All of this culminates in objects that exist both in and out of time, which rely on our knowledge of the natural world to understand them. They could very well be ancient, dug up and placed on display in some natural history museum, set there to illustrate volcanic processes, sedimentary formation, geological time, and its effect on the land–melting, fusing, and reconstructing objects in their path—a rock grown by an artist’s hand.

As a viewer, these works provoke a series of questions: “What does it take to give an object a sense of deep time?? Is it possible to expose a material to conditions similar to what happens in the earth? Can a handmade object mimic geologic time?” Taylor’s formations are geological and have no real reference to the present They are past—made before our existence, occurring through natural processes rather than by hand and fire.

Part of creating this illusion is the material. Porcelain clay is formed by a mineral known as kaolin, which behaves in a particular way when exposed to extreme heat transforming into a white, translucent, yet durable solid. Porcelain, for Taylor, exists just on the edge of failure, just on the edge of falling completely a part, both during construction and in the firing process. He knows how it will act when pushed to its limit, and he accepts input from both the chemical makeup of the material and the intense heat of the kiln. 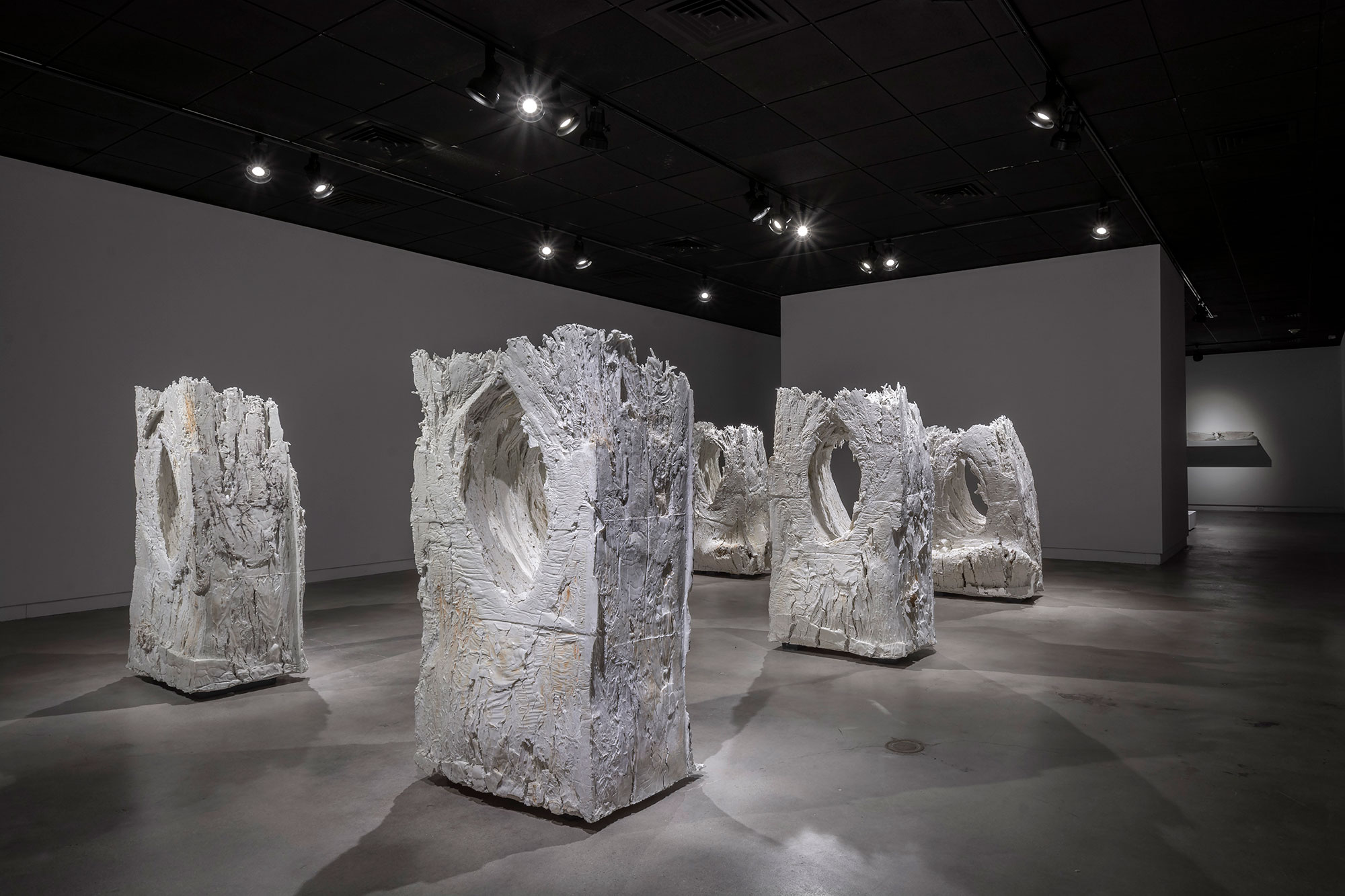 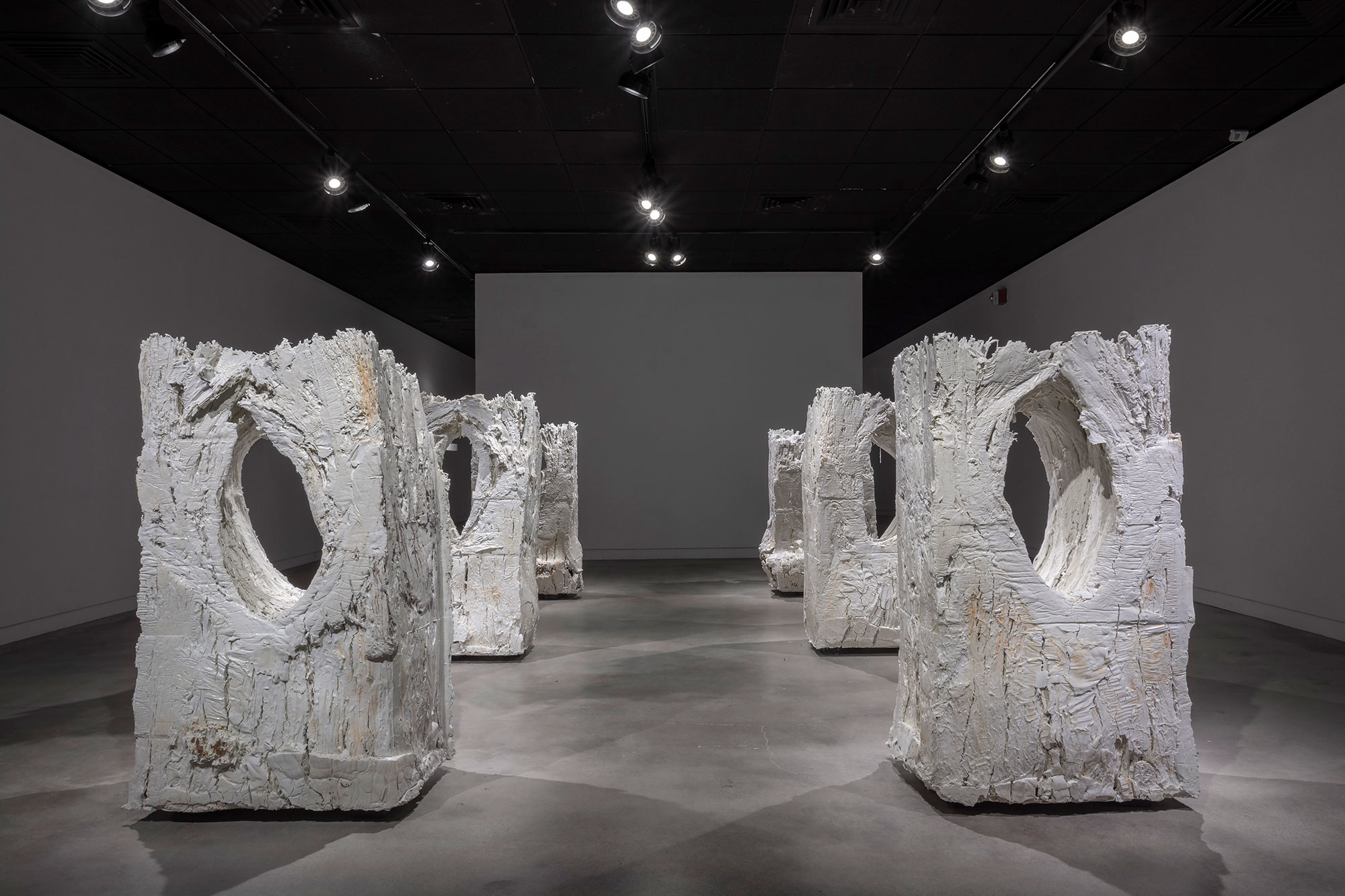 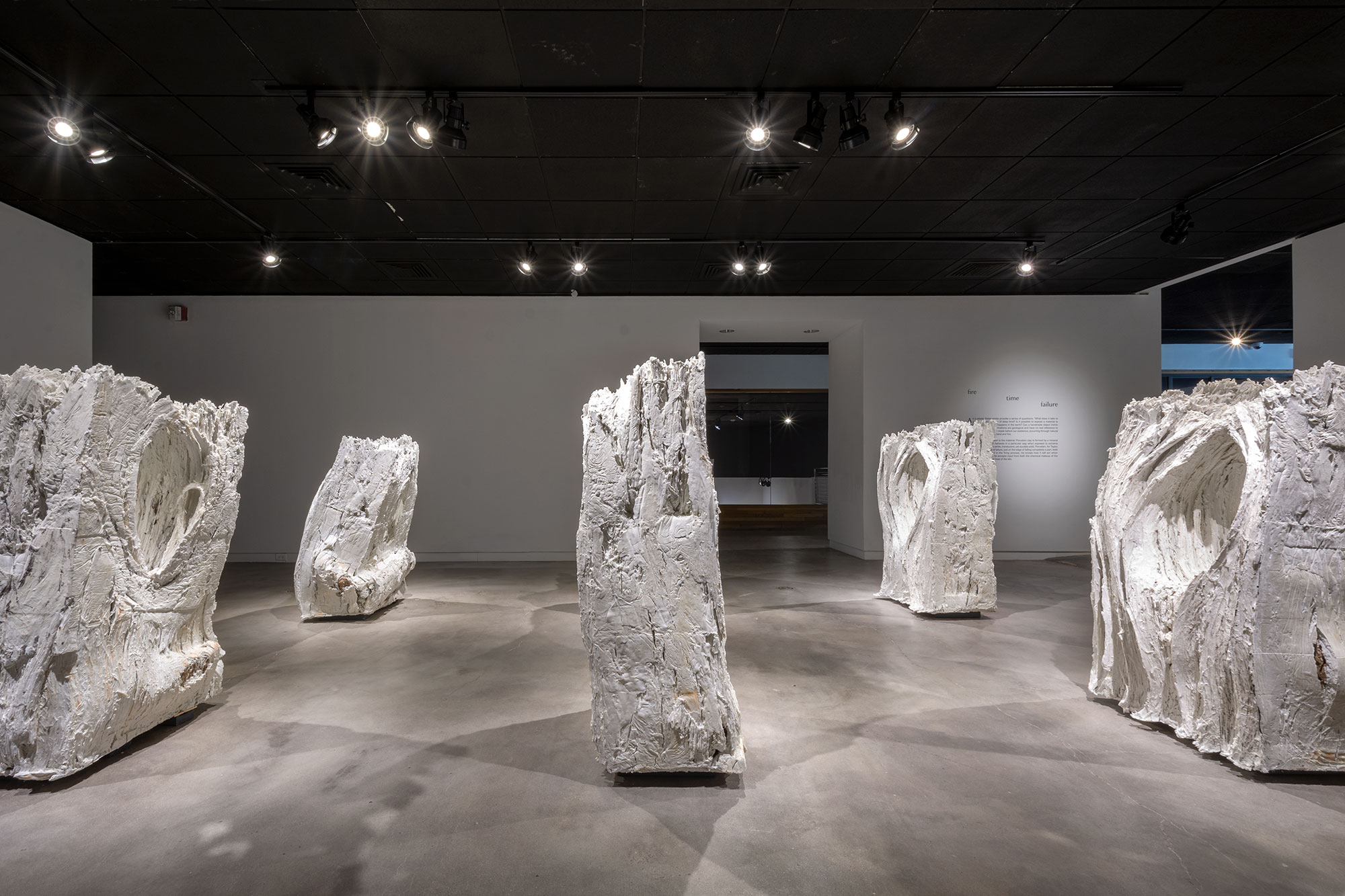 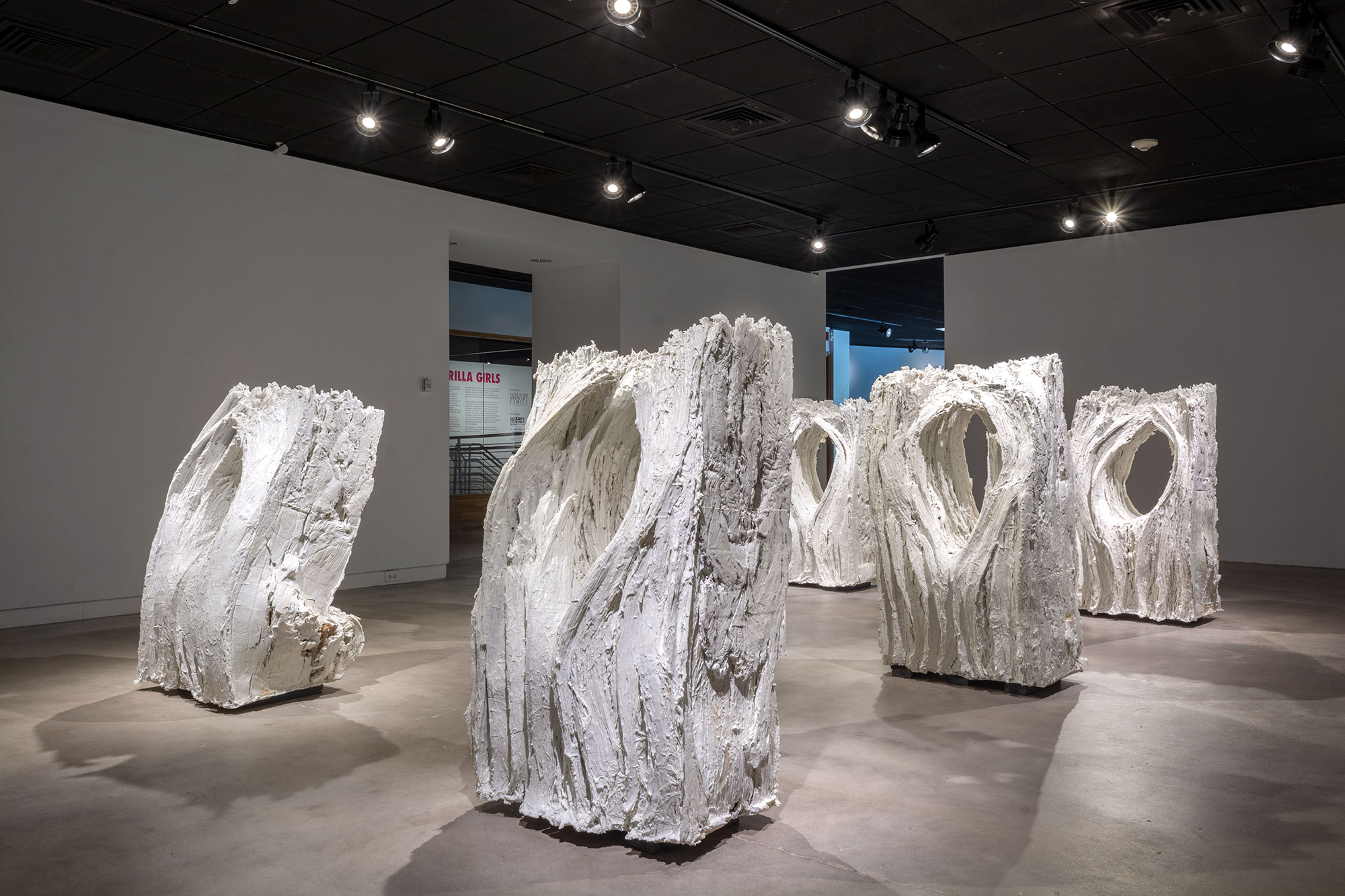 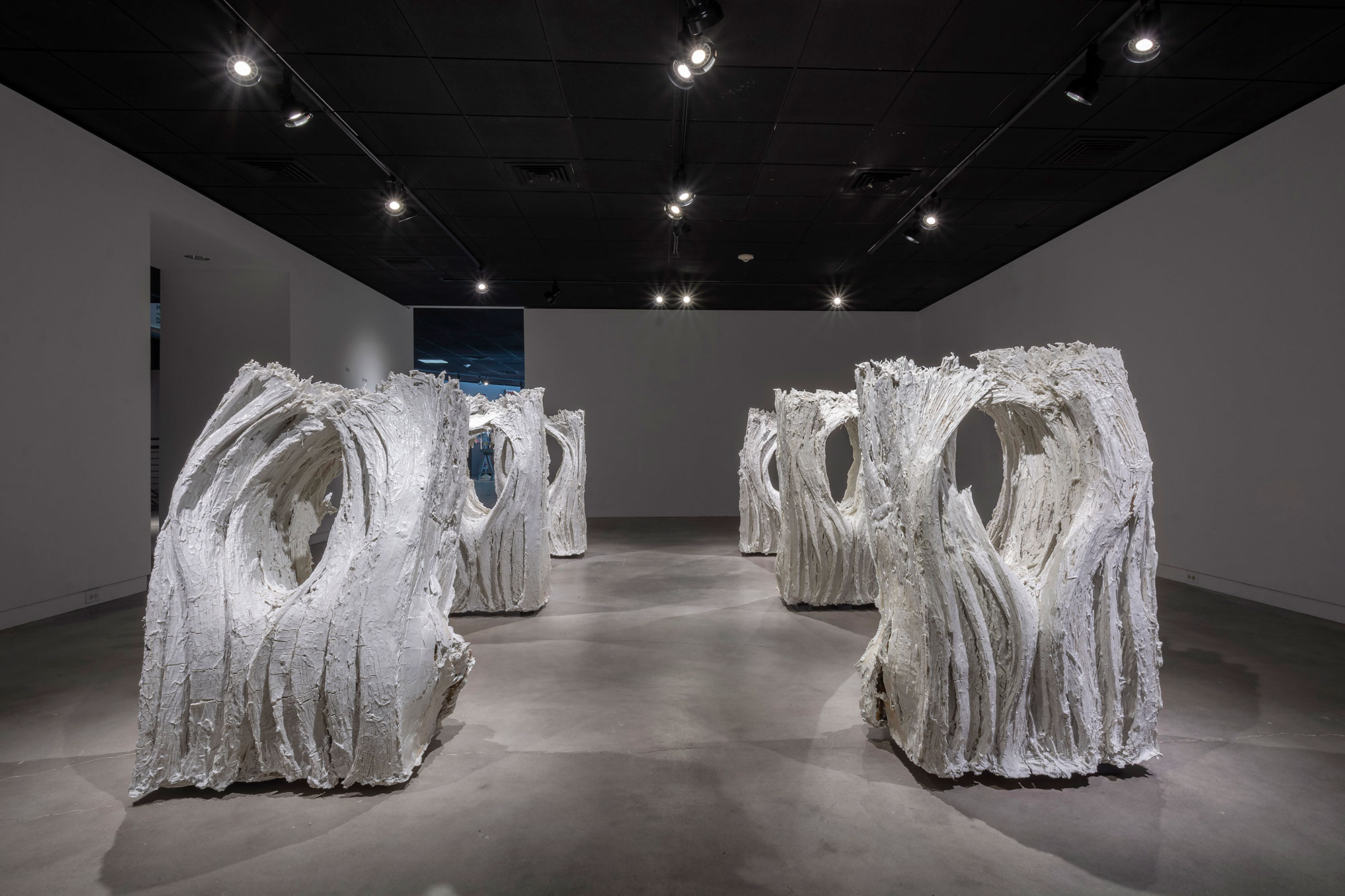 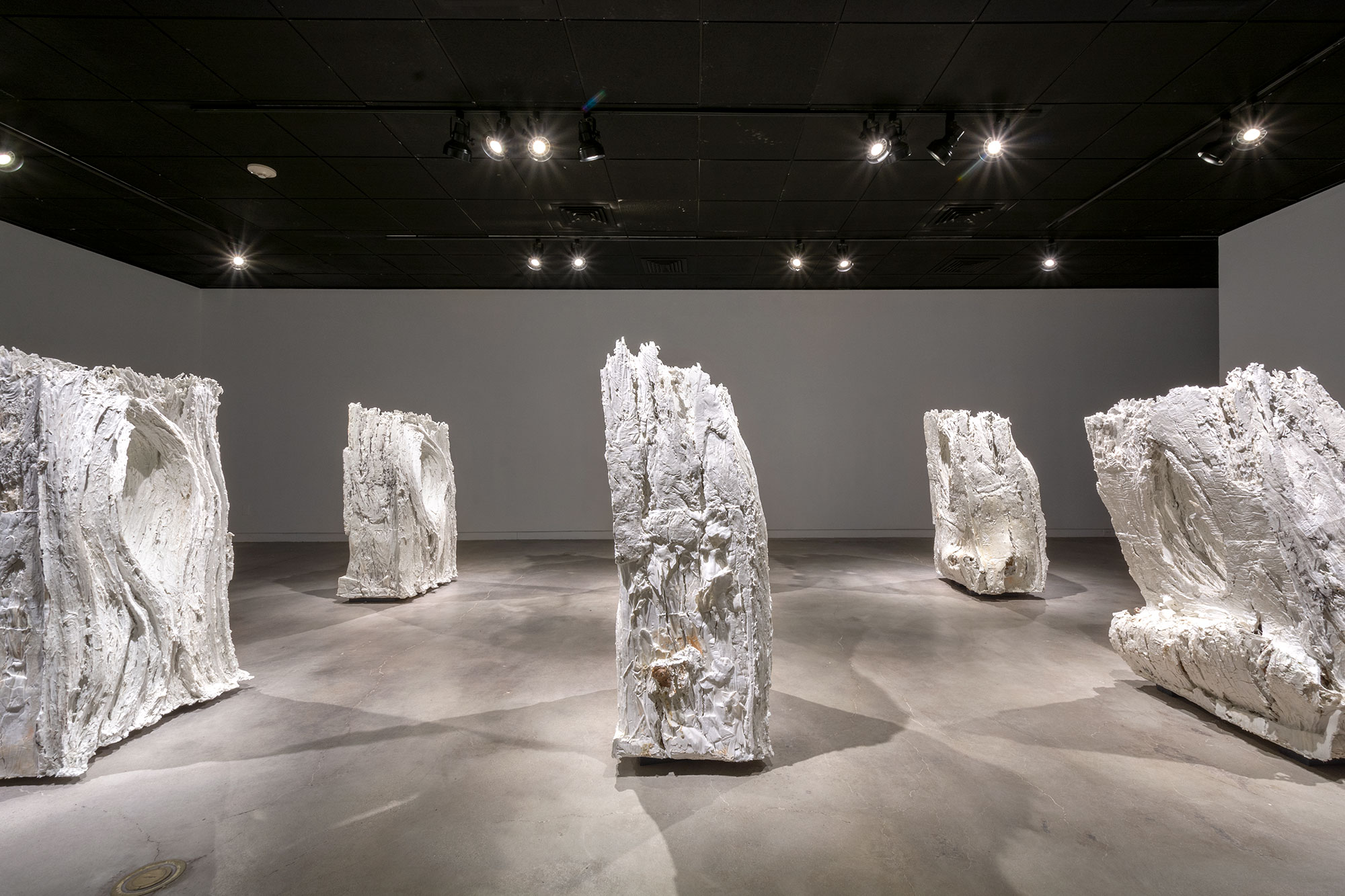 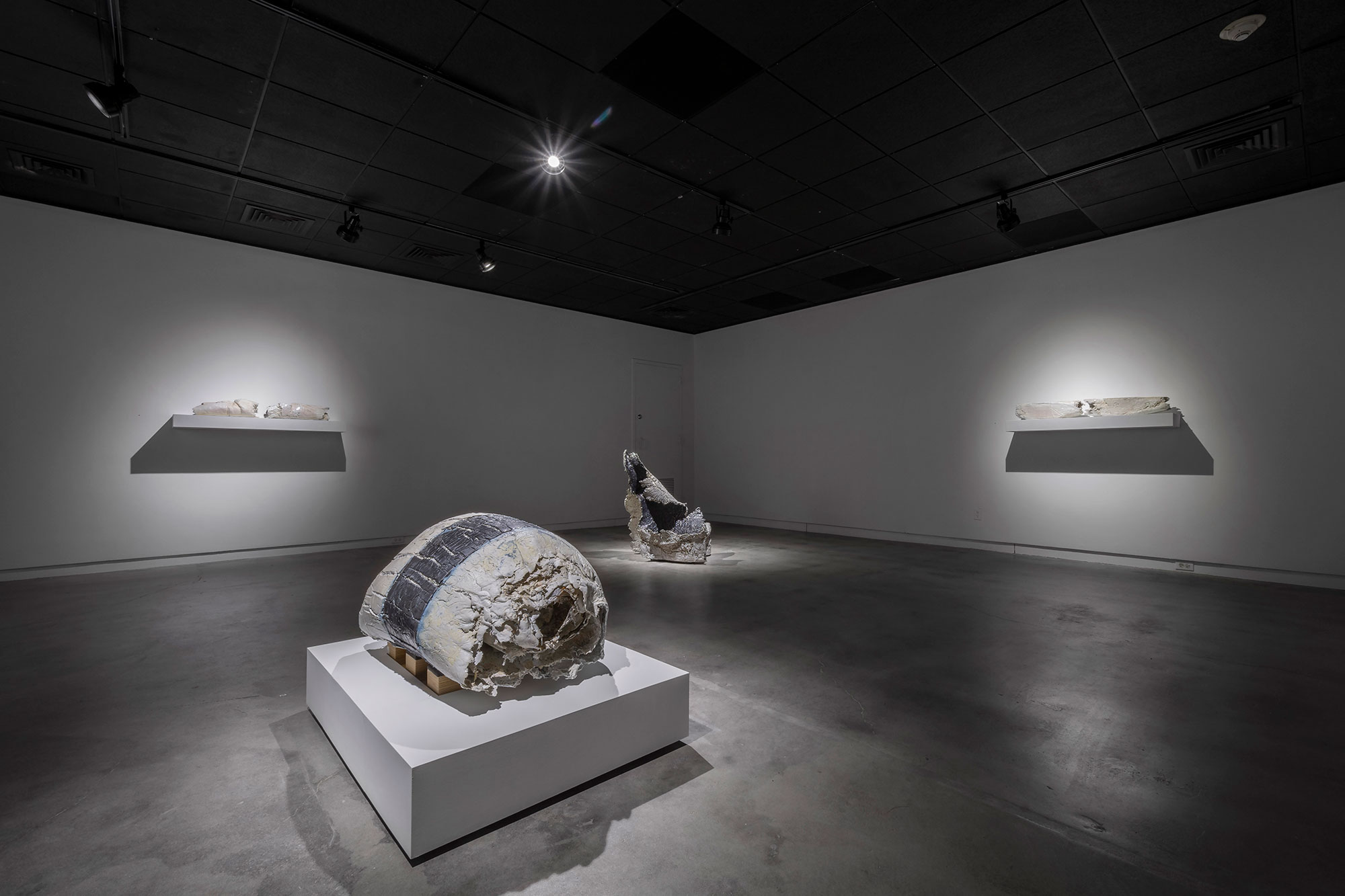 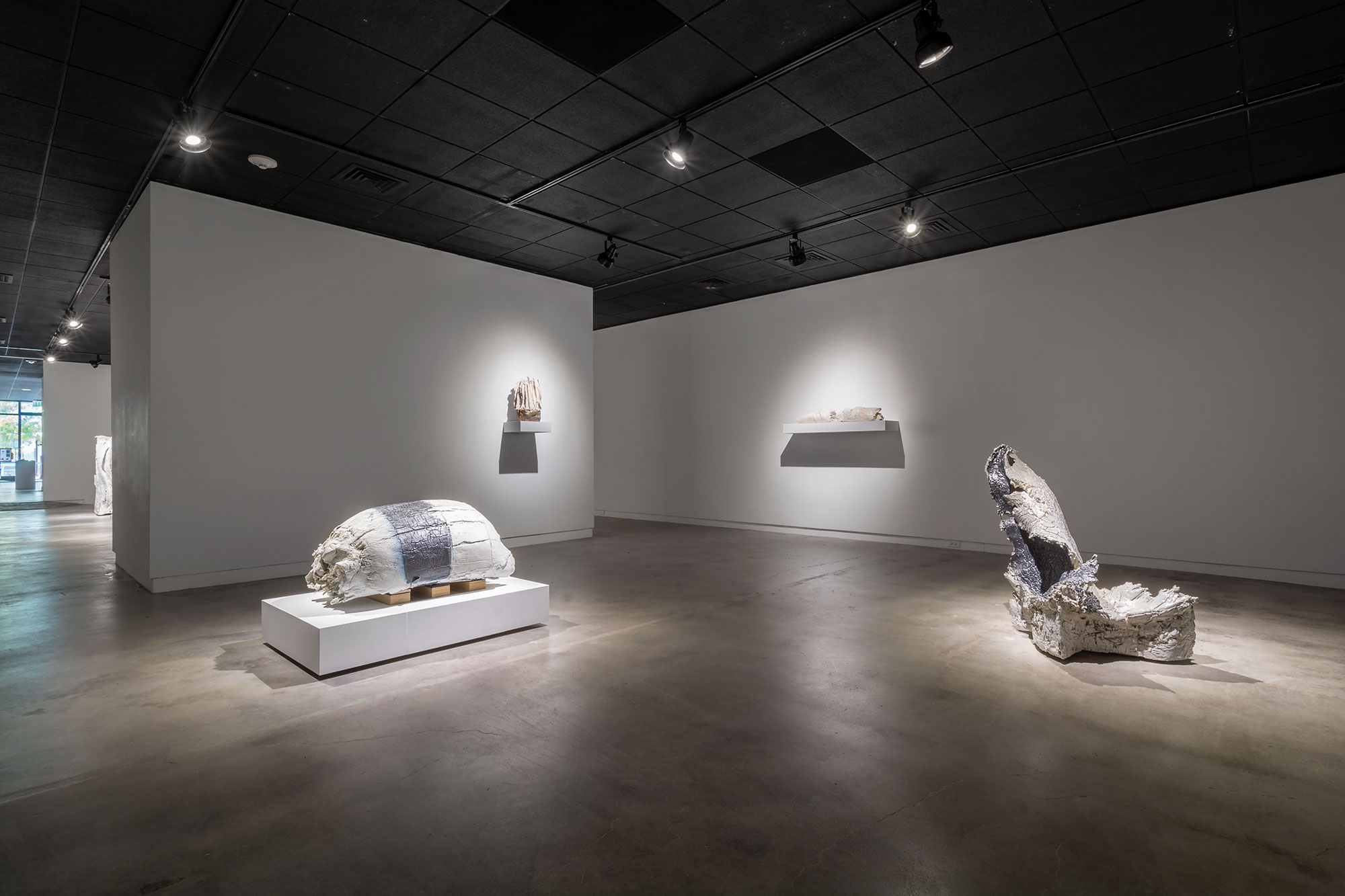 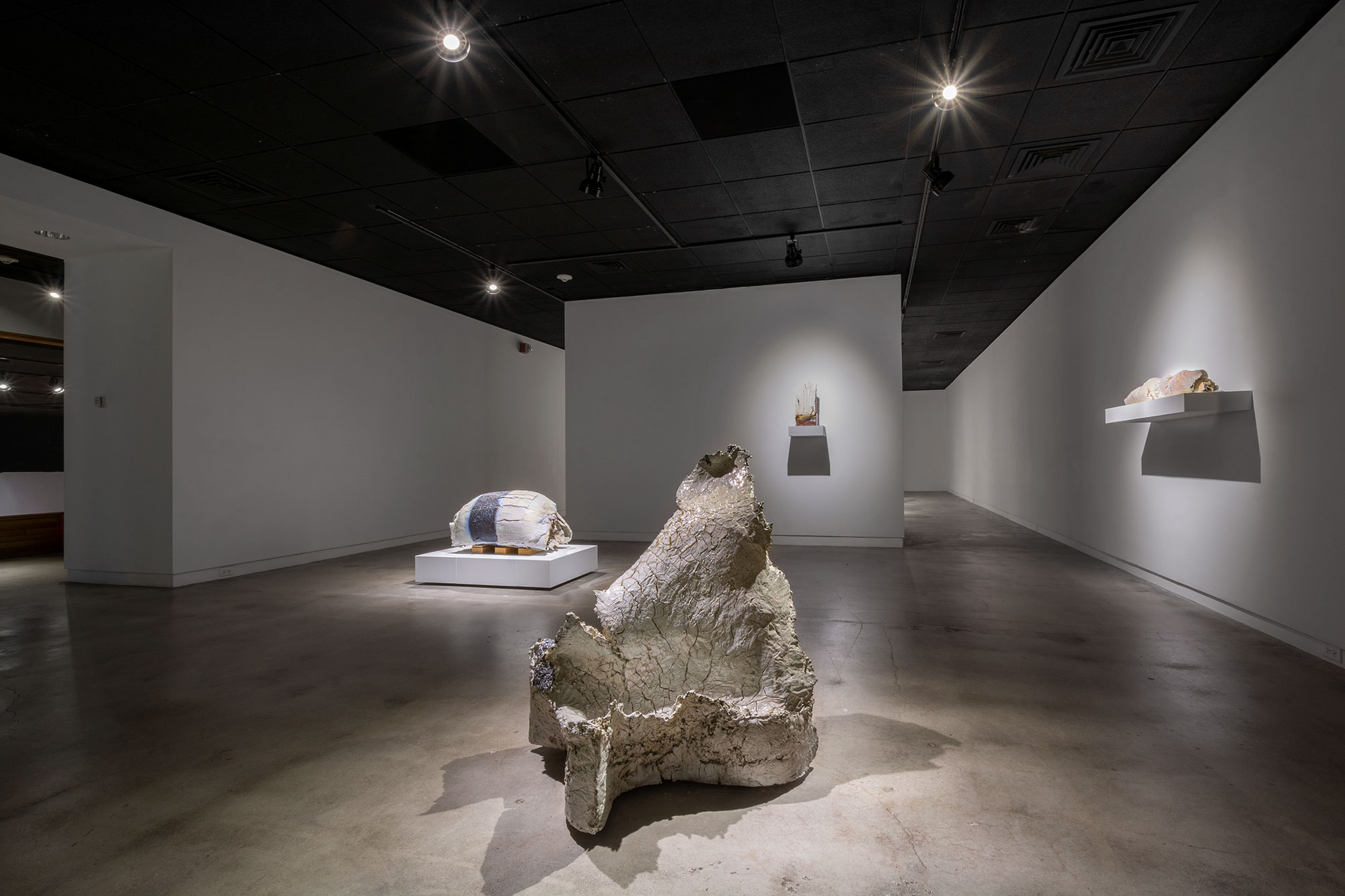 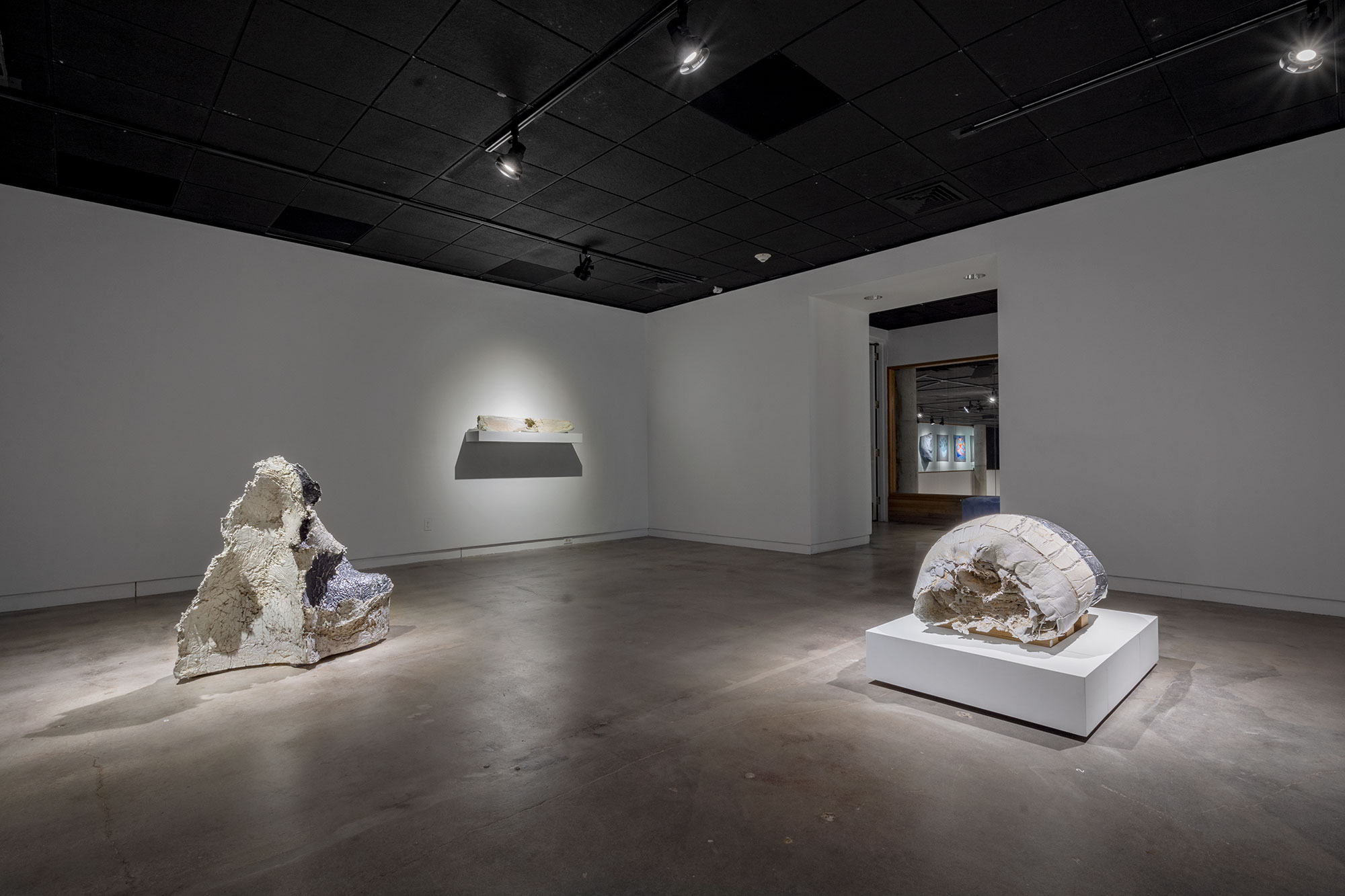 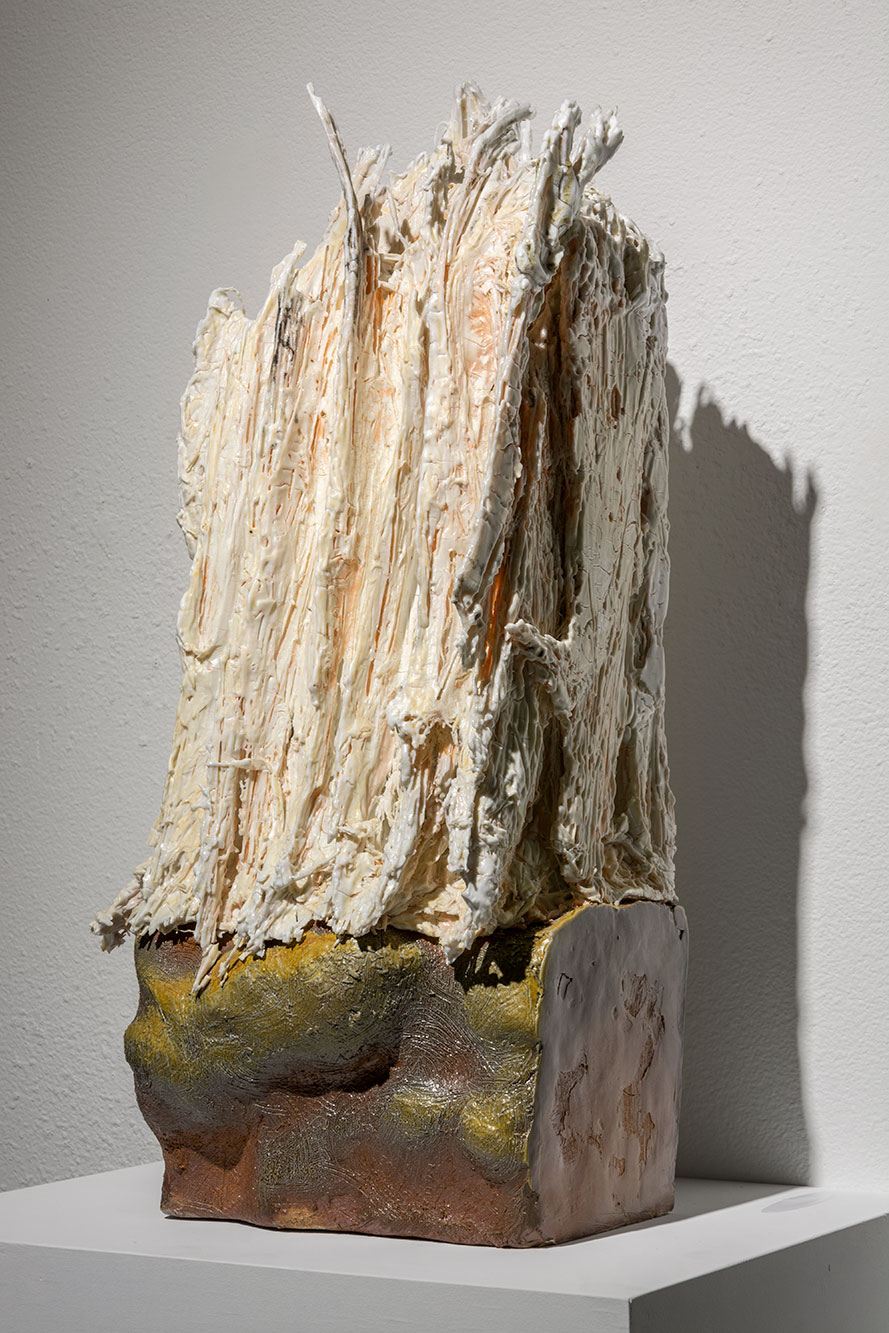 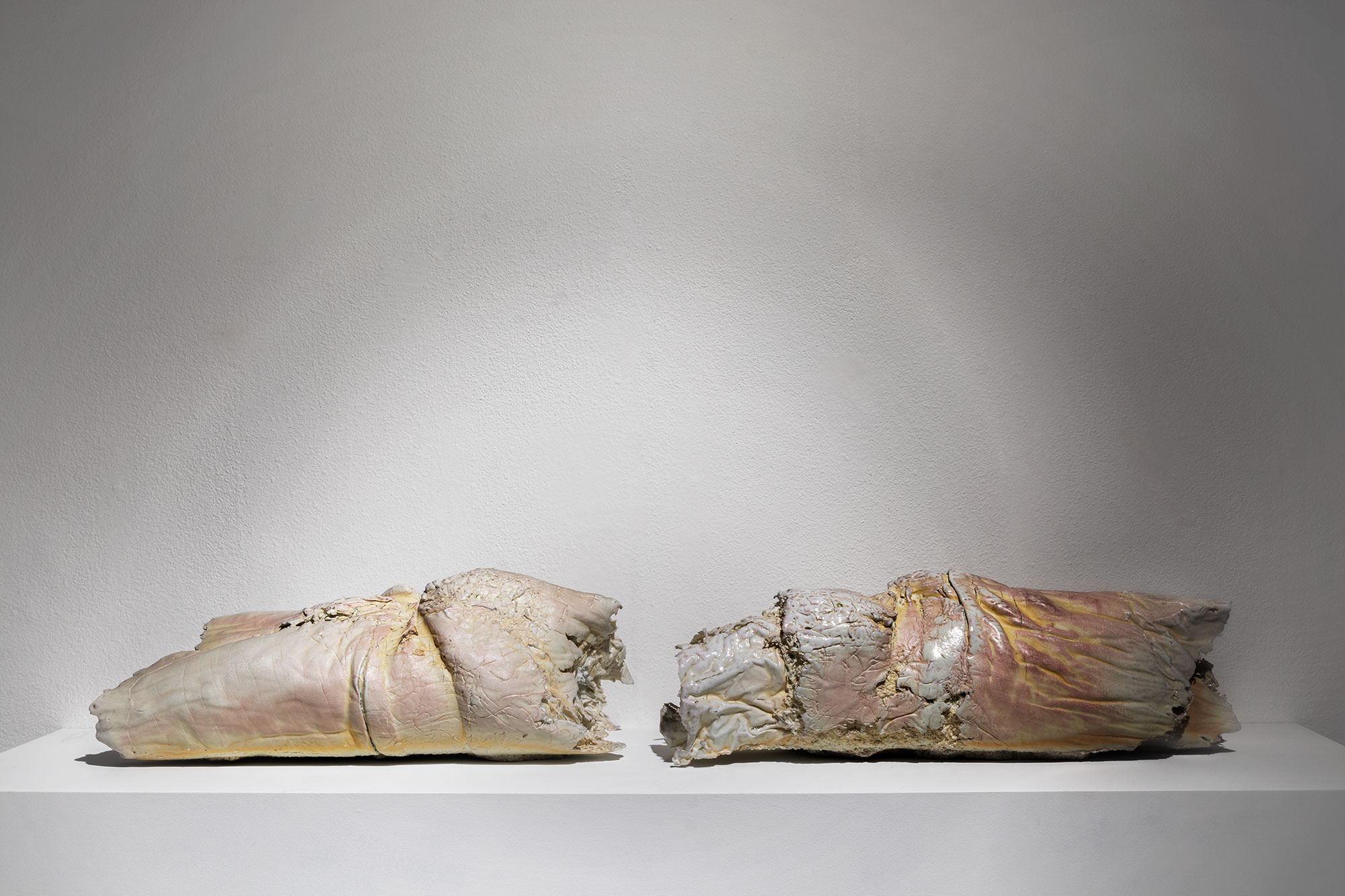 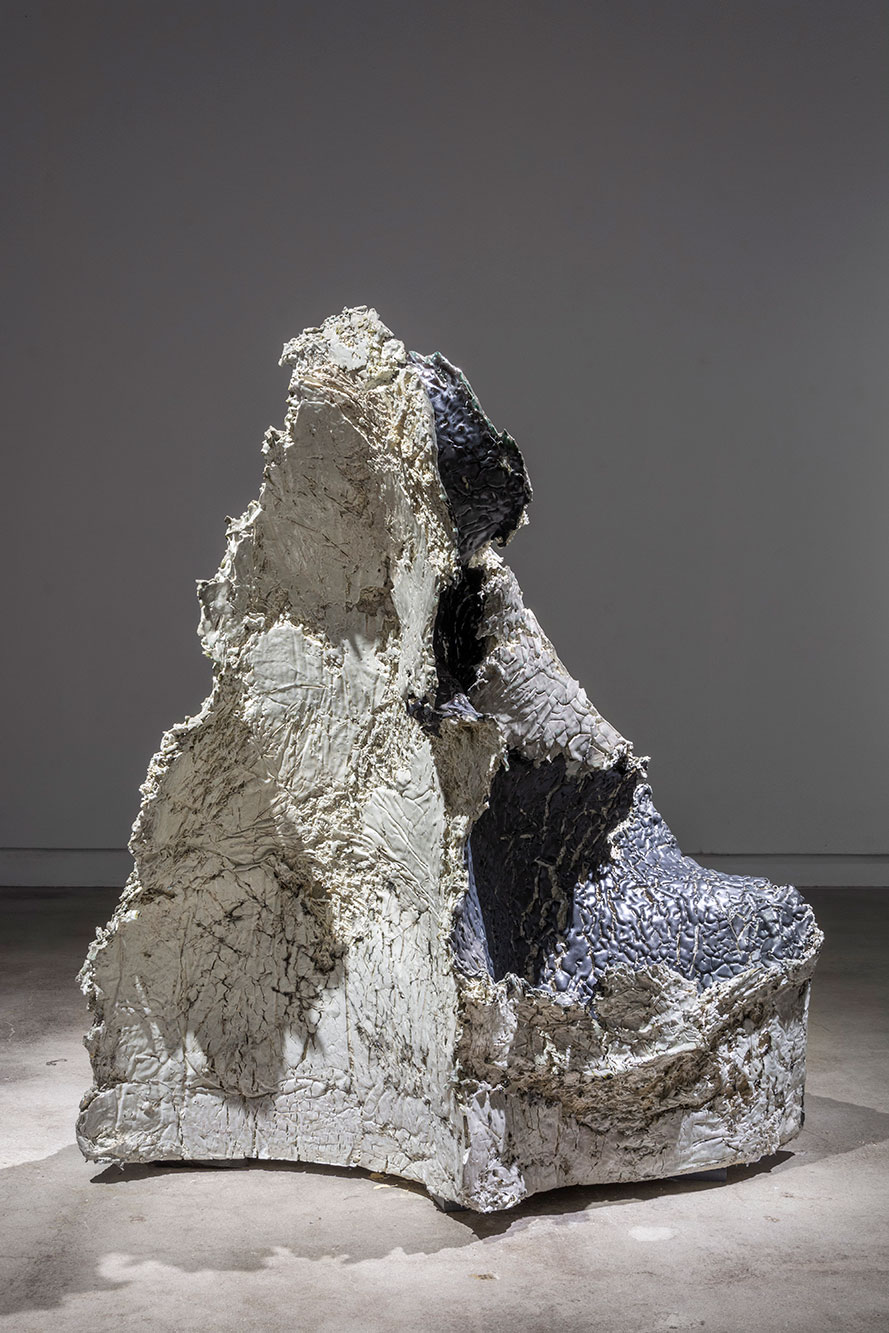 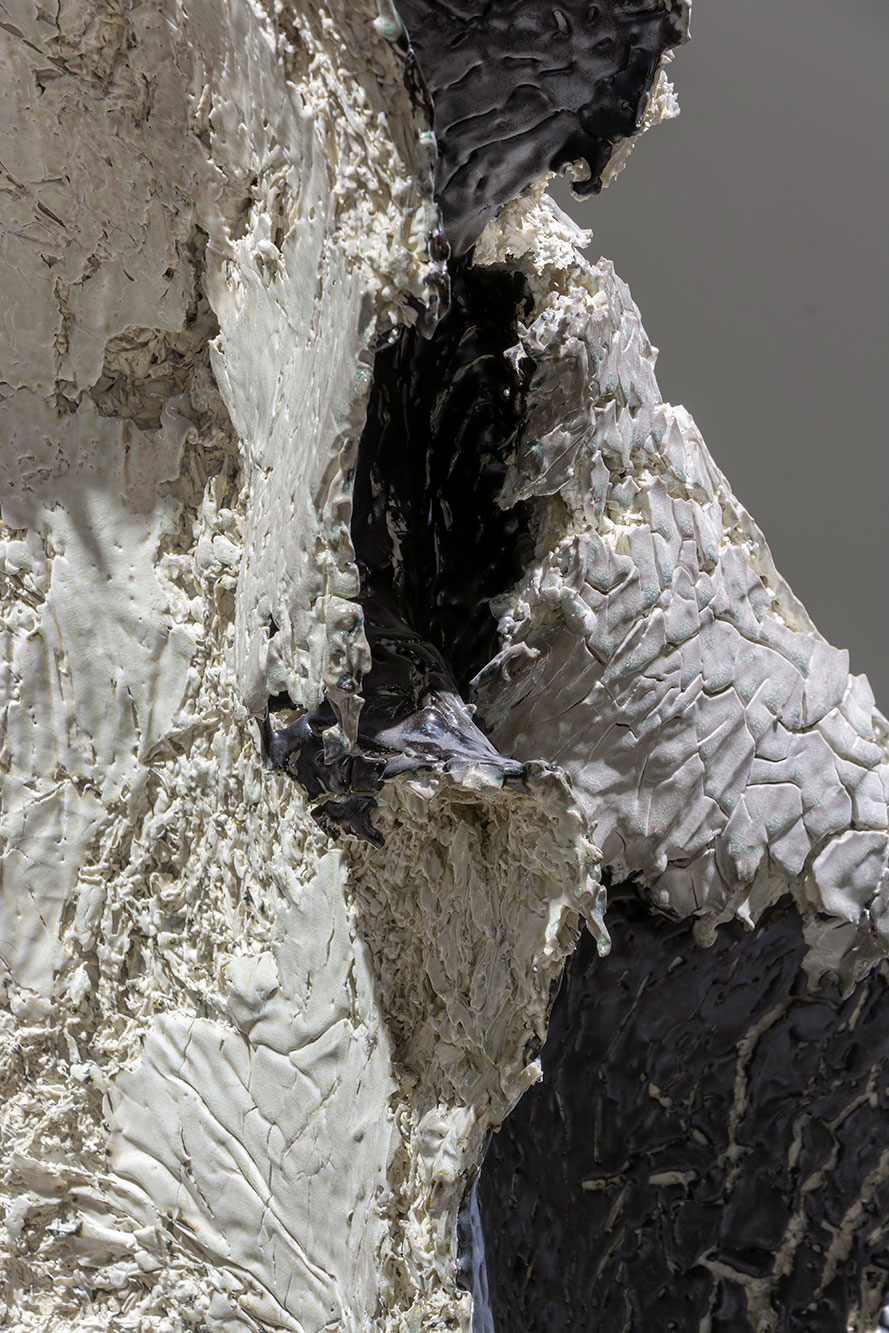 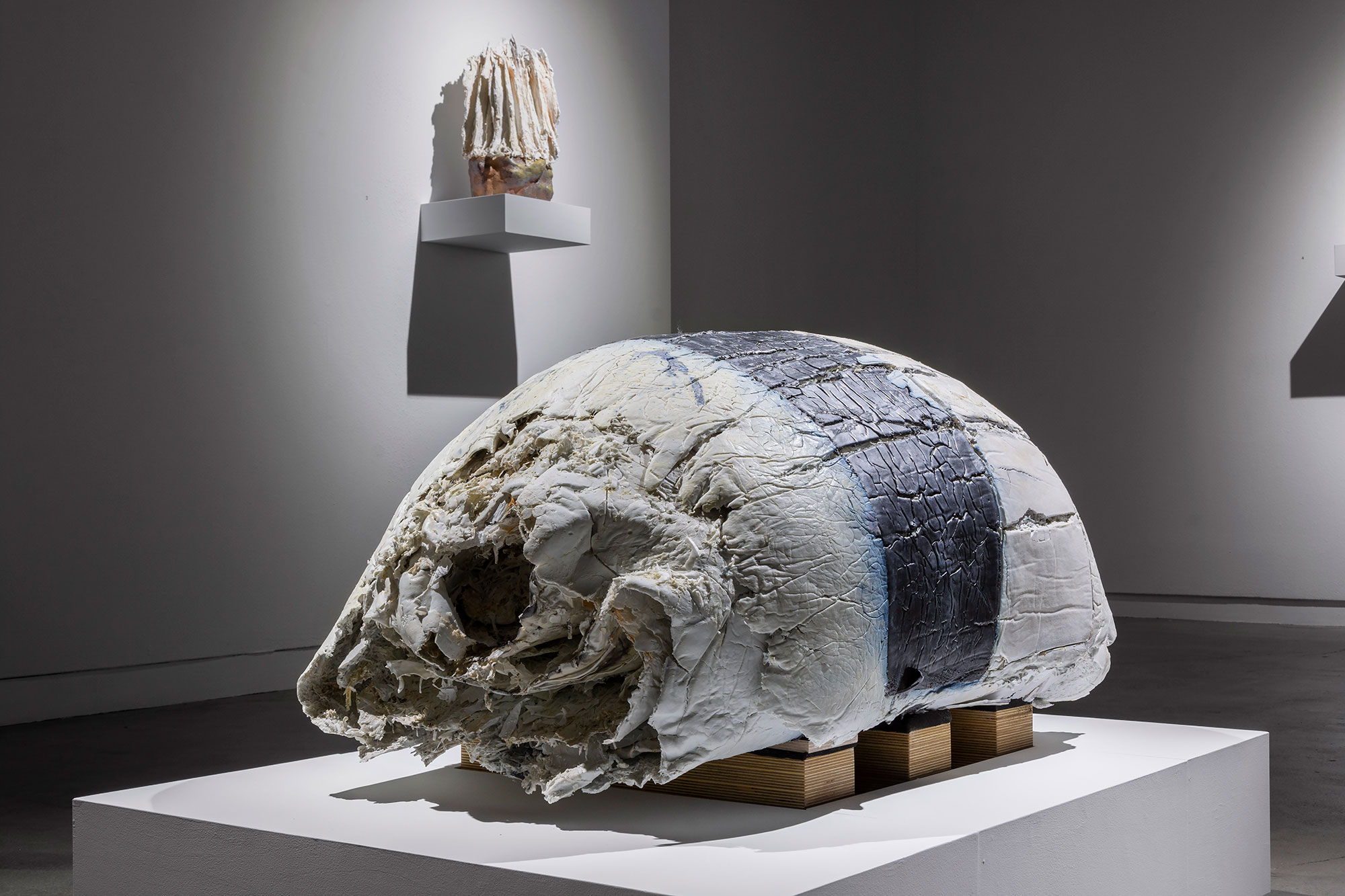 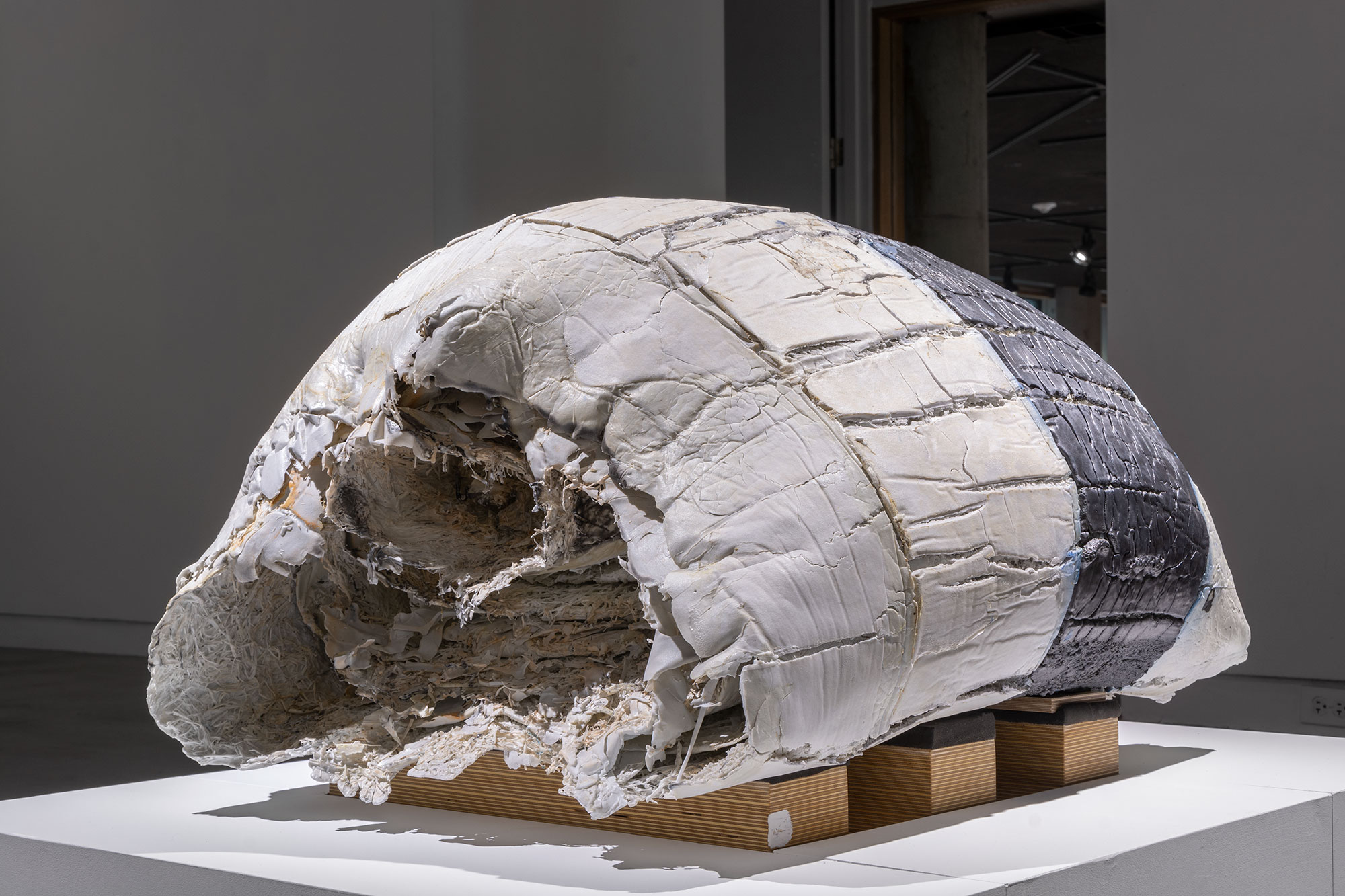 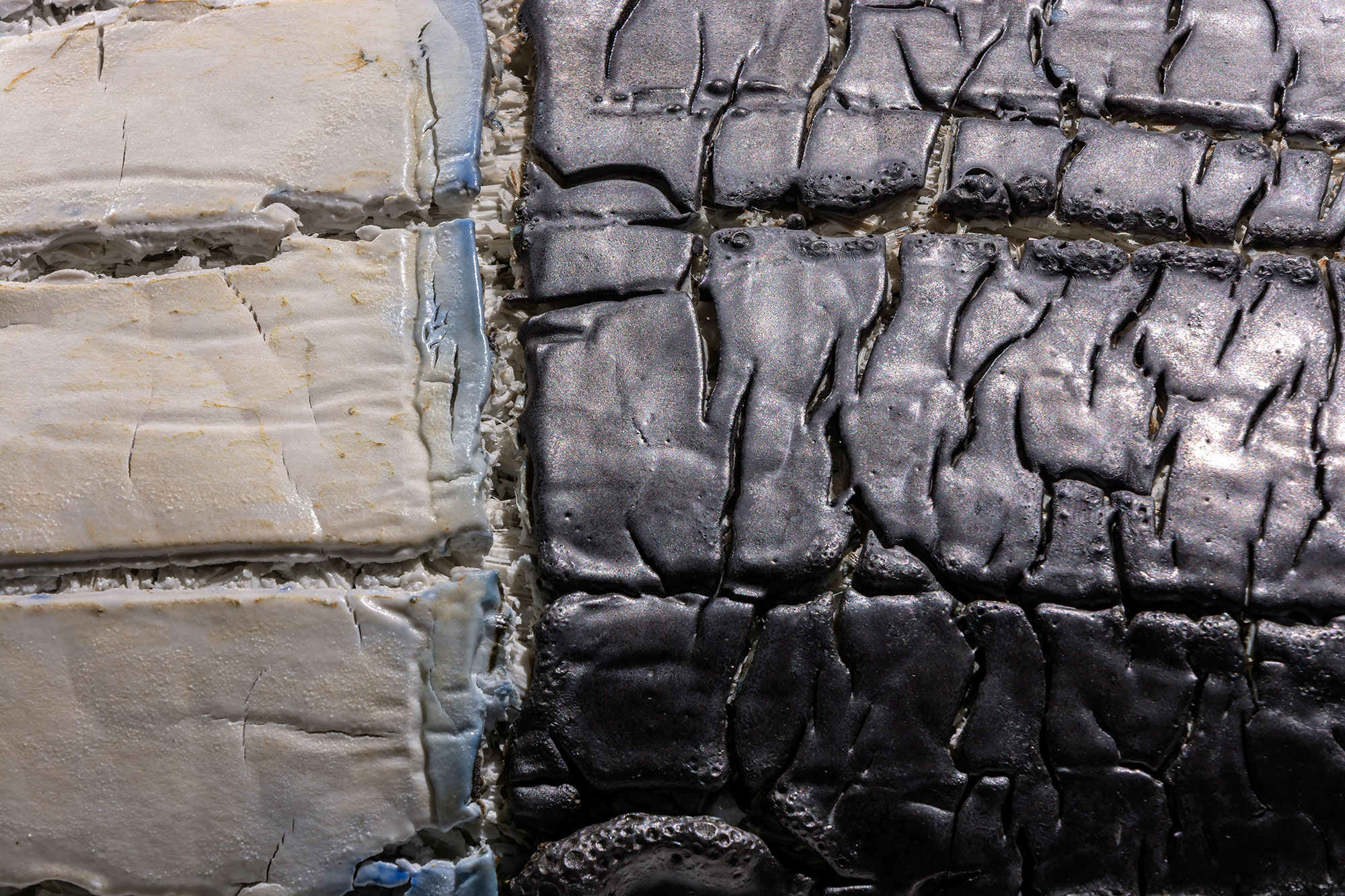 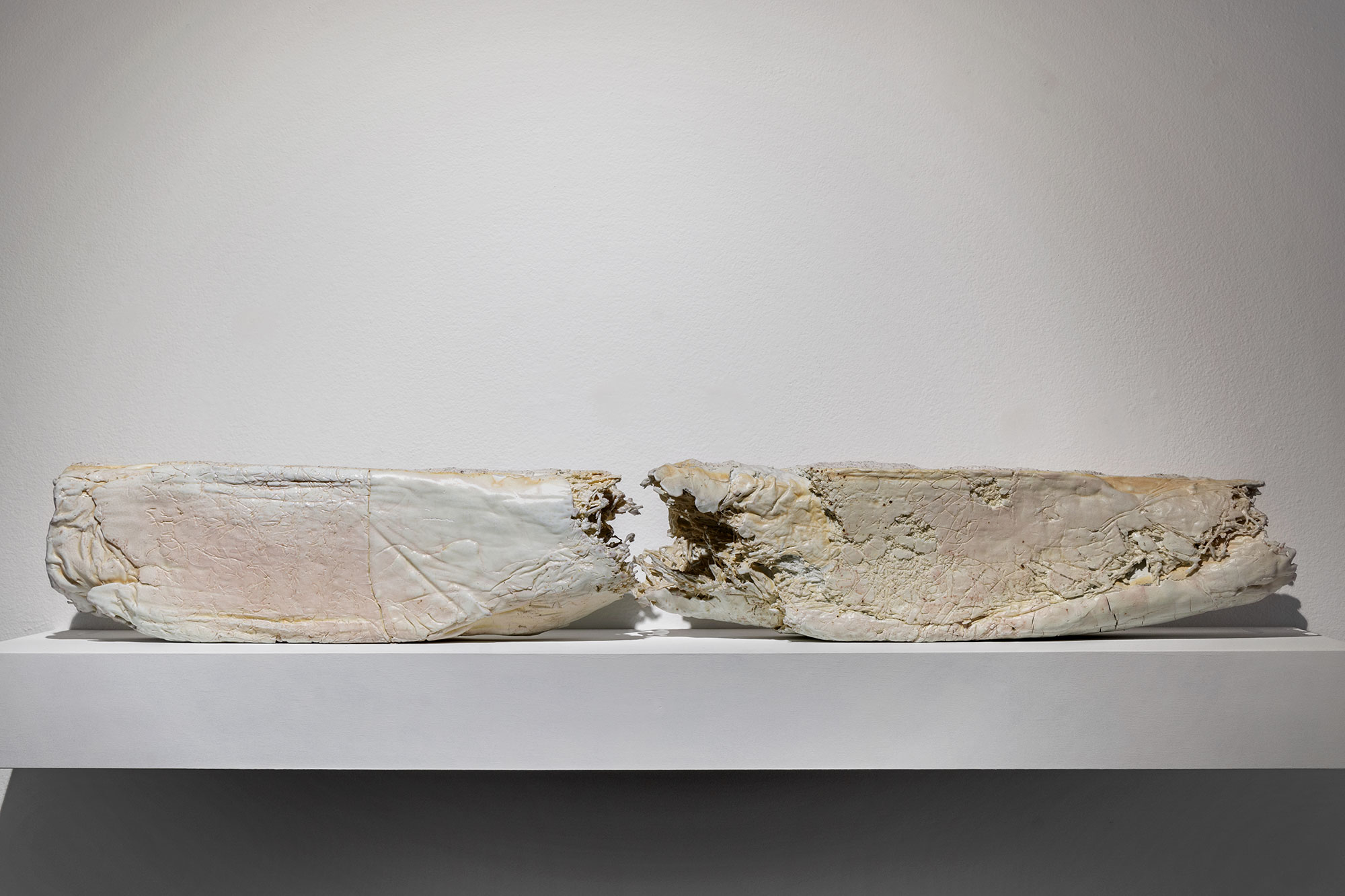 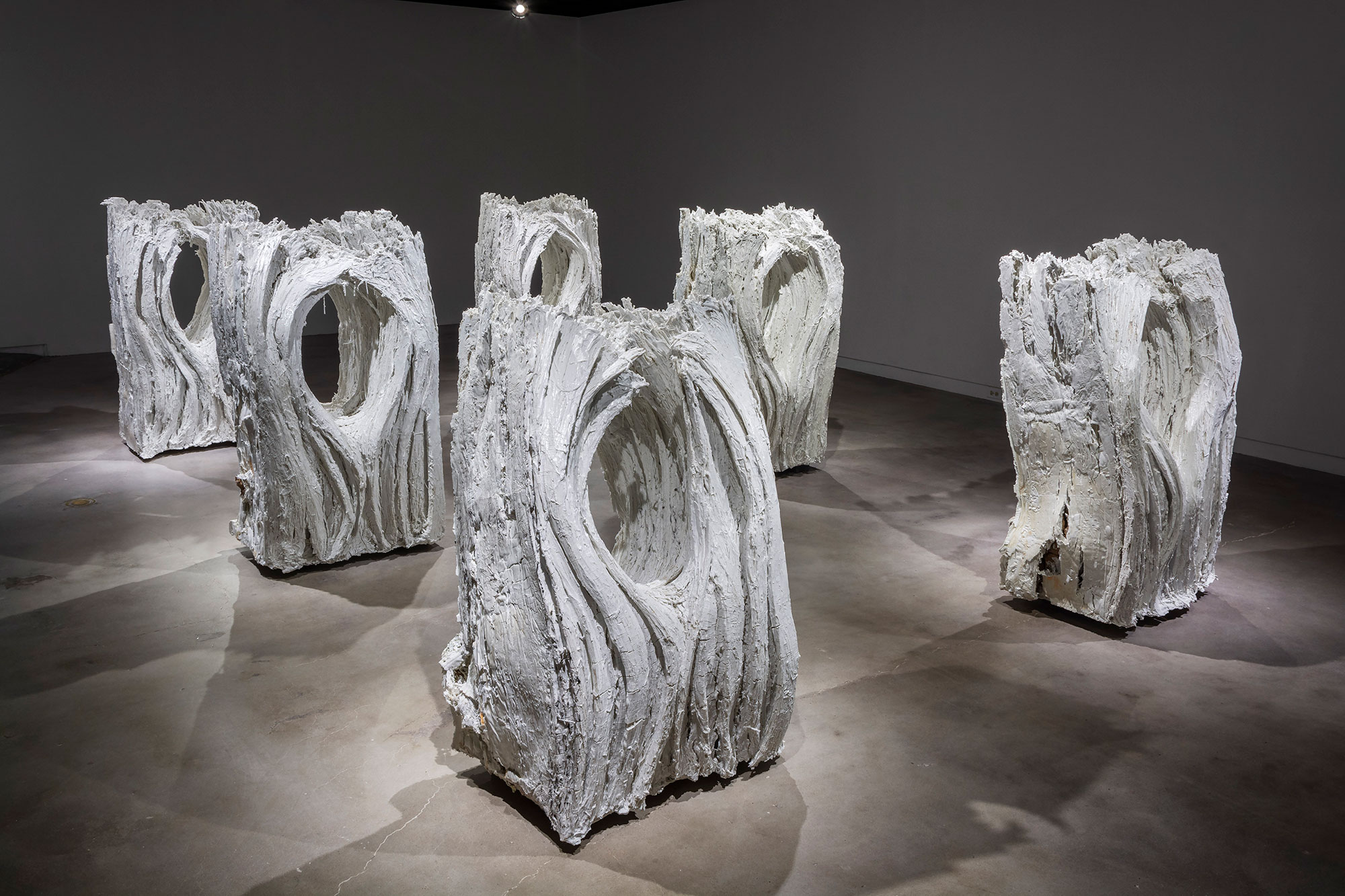 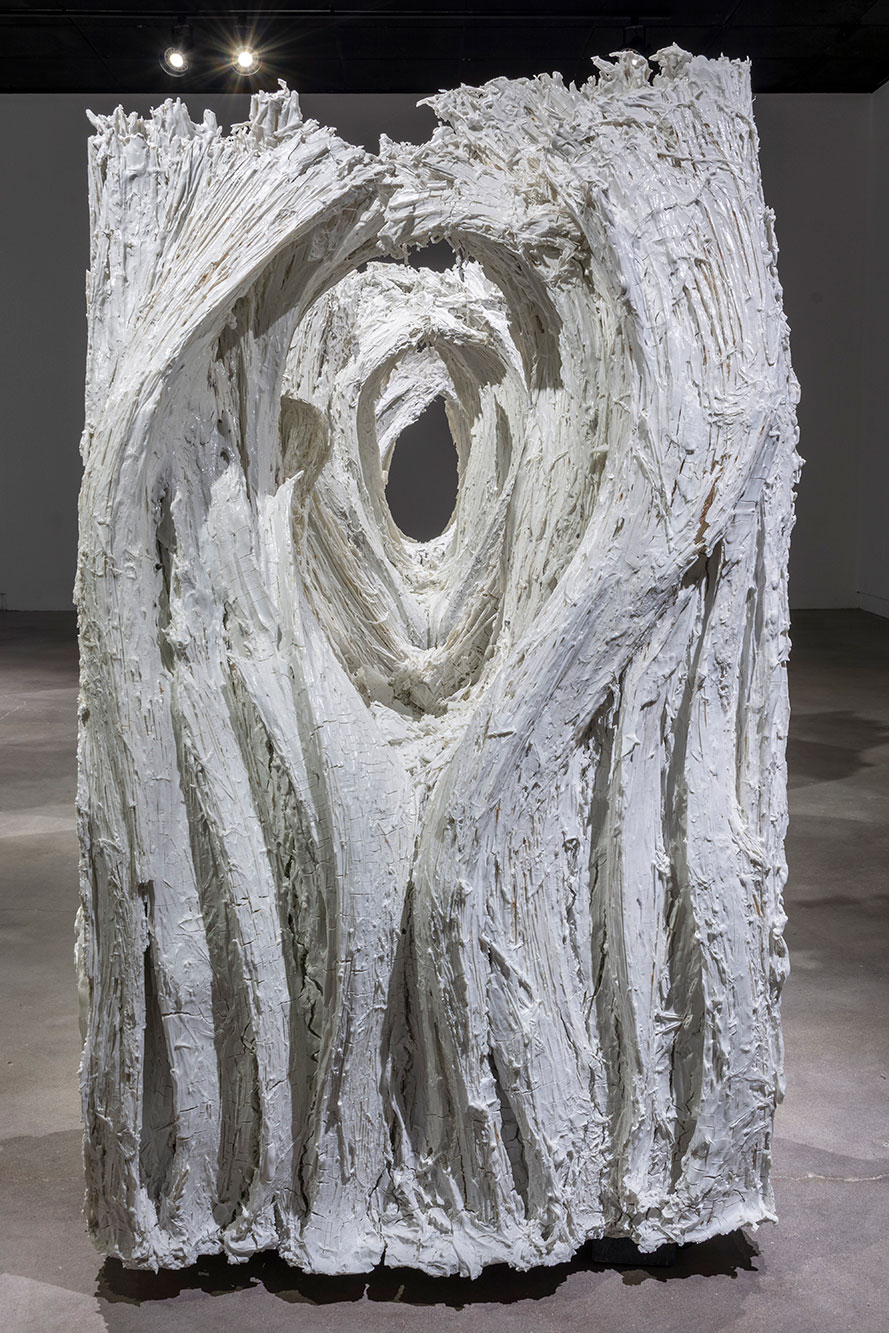 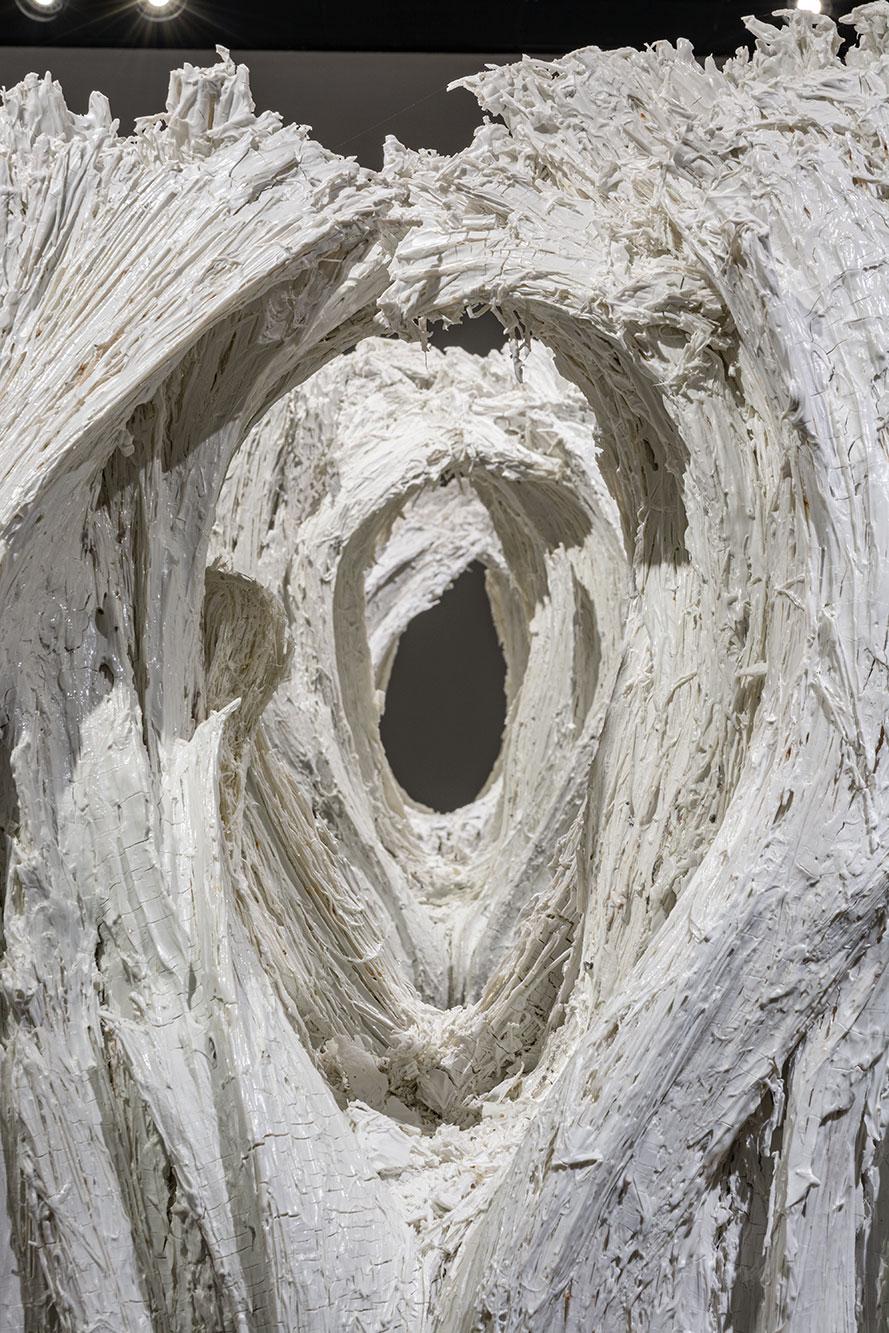 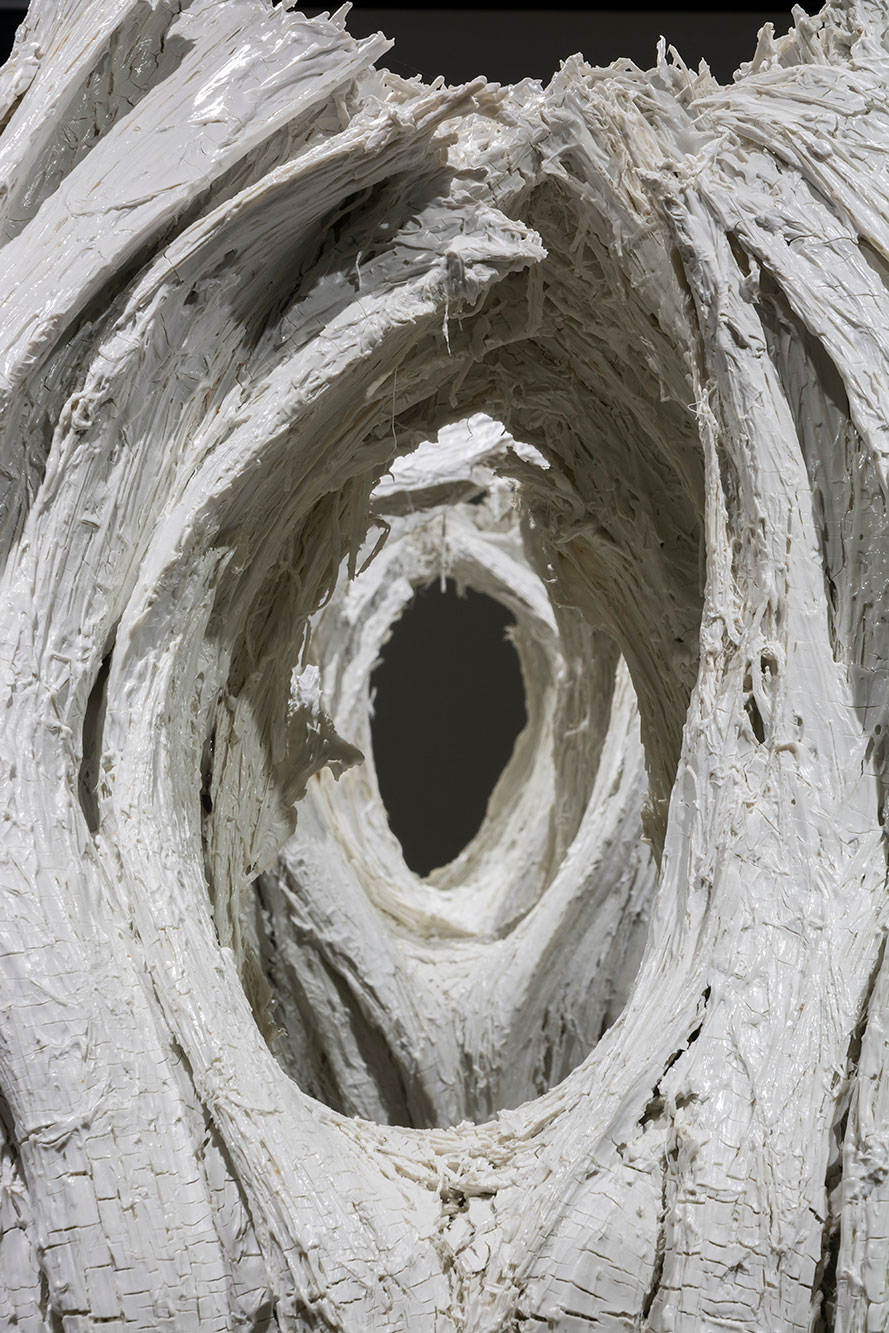 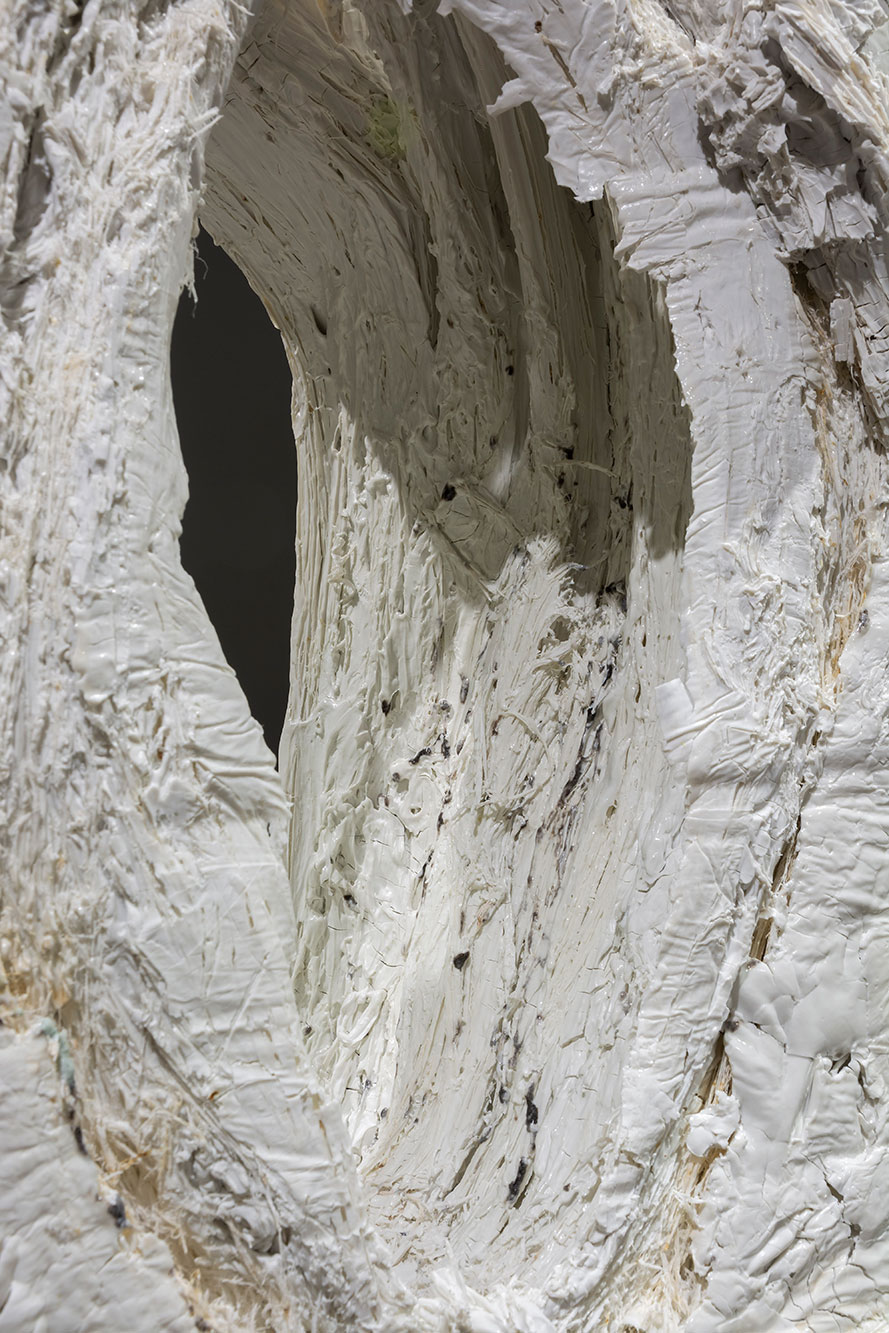