Allison Schulnik’s Mound is a series of paintings brought to life through simple materials and stop-motion animation techniques. Constantly in a state of flux, Schulnik’s crudely rendered figures writhe, morph, sway, and dance to the melancholy sounds of Scott Walker’s song, “It’s Raining Today,” (1969). Their flesh moves independently from their bodies, moved by an outside energy or spirit that co-inhabits them, made manifest through the colorful twisting shapes that appear and disappear from their skin.

Mound separates itself from the highly rendered computer-animated films popular today by placing importance on the presence of the artist’s hand in the work. The figures show signs of being poked, prodded, and manipulated by their creator’s hands. That physical connection between creation and creator elicits both empathy for the characters performing on Schulnik’s stage and creates a sense of a surreal dreamscape, concocted in the mind. The resulting film is part comedy, part tragedy told through short vignettes, that forms an overwhelming sense of uneasiness and melancholy displayed both by its characters and evoked in the viewers themselves.

Supported by ZAP and Andy Warhol Foundation for the Arts. 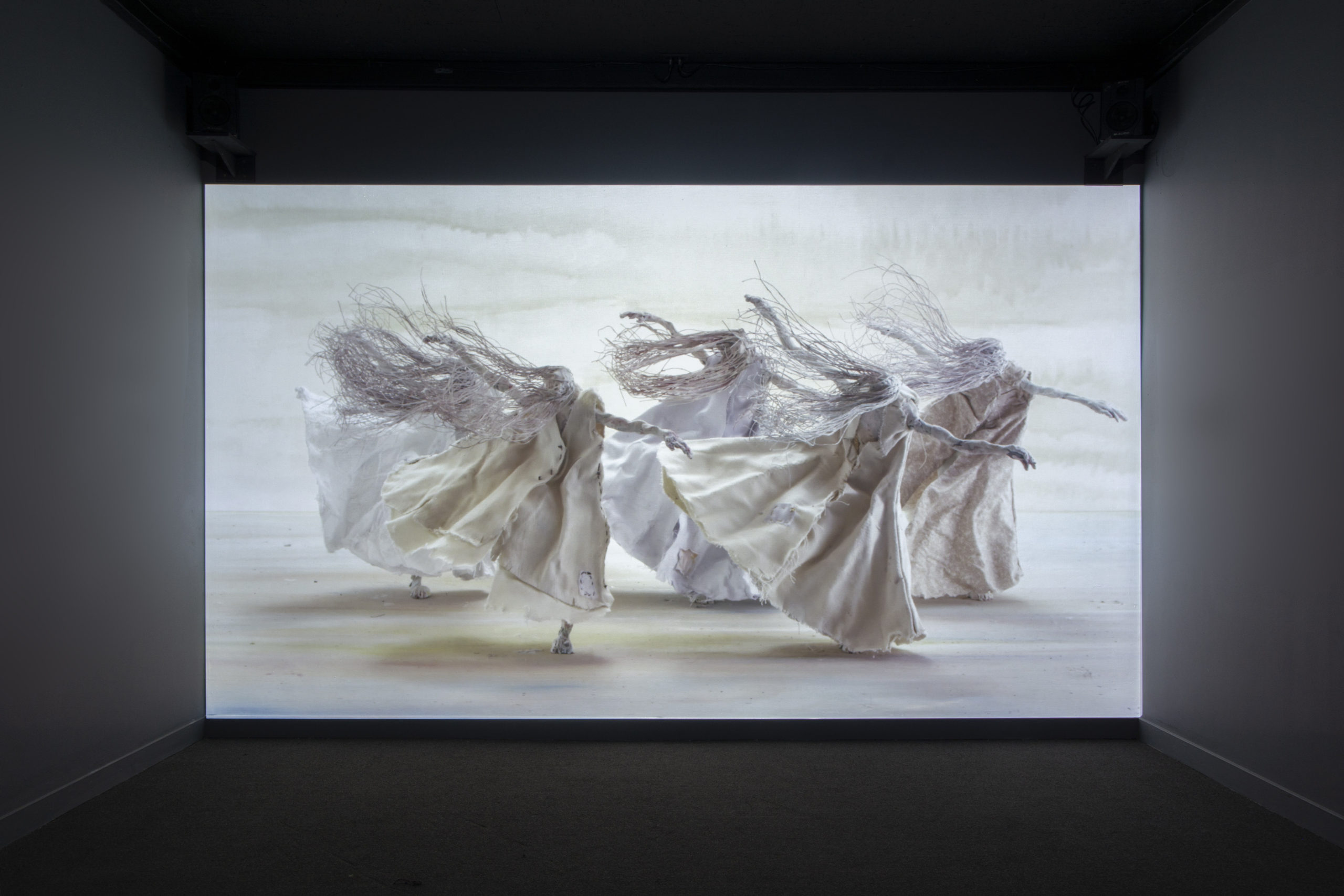 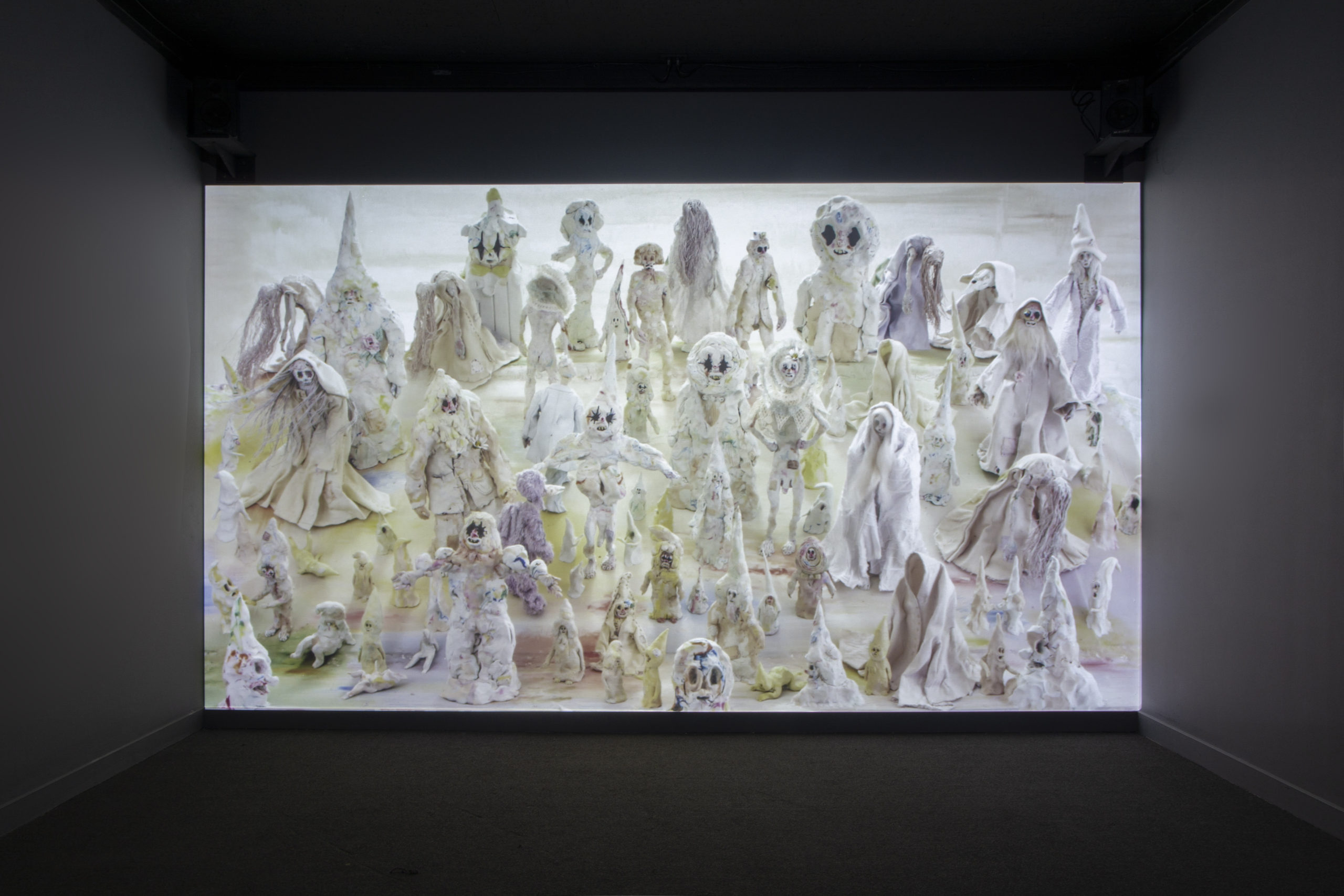 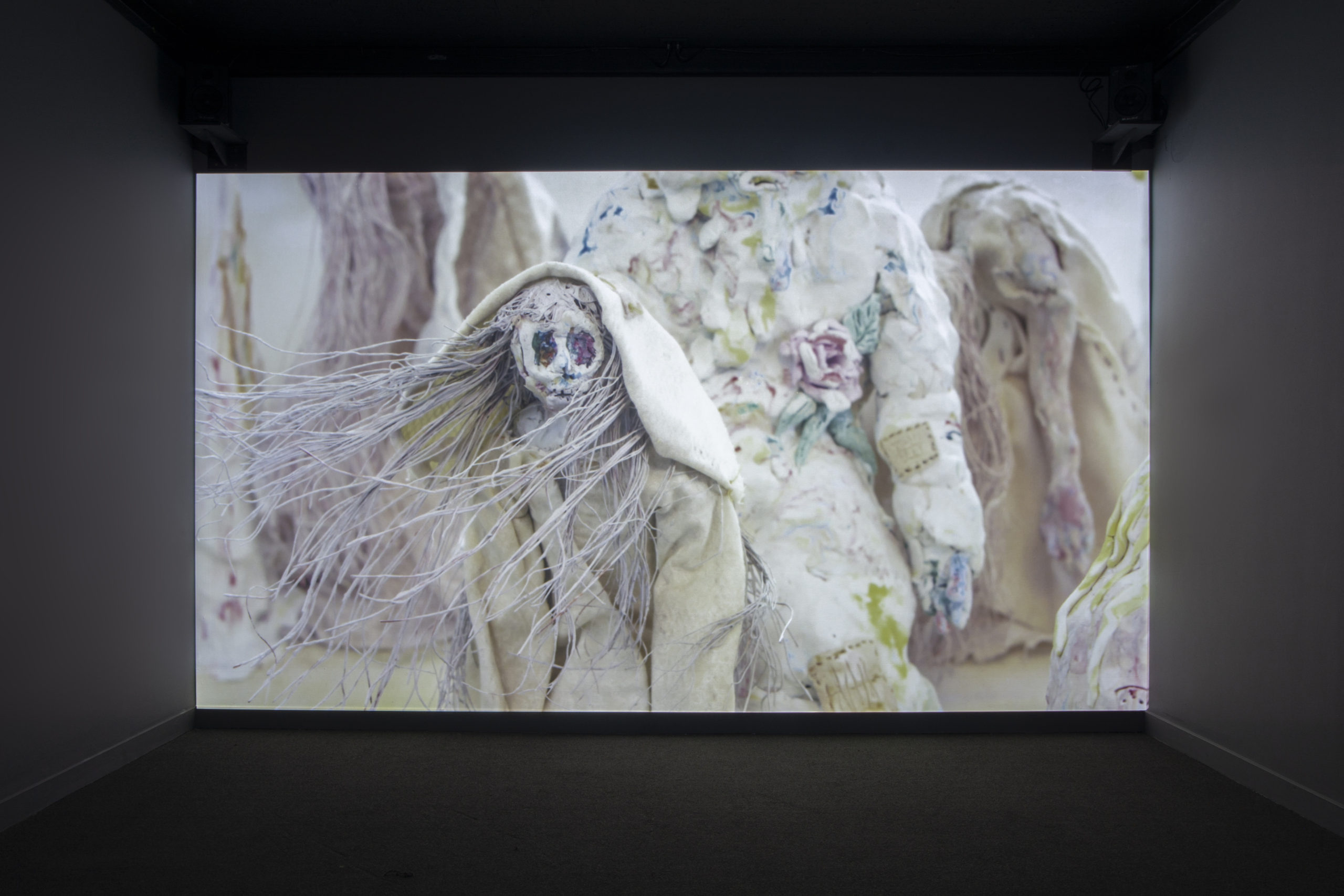